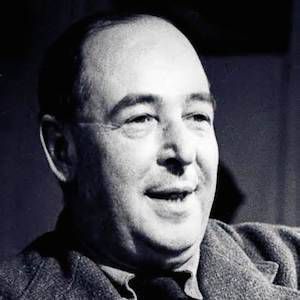 C.S. Lewis (1898-1963) was one of the greatest authors and apologists of the twentieth century. He was a paradoxical man–intensely private and world famous, a family man and confirmed bachelor until later in life, and a staunch atheist who became a reluctant evangelist. He is the chosen literary icon of modern American Evangelicals, but despite the fact that most of his writing heavily reflects his Christian faith, his appeal extends far beyond a single denomination or religion.

Lewis’s work is remarkable not only for its clarity and insight into the human condition, but its breadth. During his sixty-four years Lewis wrote poetry, fantasy and science fiction, academic and popular nonfiction, essays, and more, so it’s difficult to choose just three books to start with. My reason for picking these particular books is because each one reflects a key period of Lewis’s life–his literary childhood, his conversion to Christianity and subsequent rise to fame, and the years leading up to his death.

I. The Lion, the Witch and the Wardrobe The first book in the Narnia series (or the second, if you read in chronological order1) was published in 1950. In addition to being one of most popular children’s books of all time, it provides insight into Lewis’s literary and creative interests as a child. Little Lea, Lewis’s childhood home, was well stocked with books, and he spent many rainy days reading and writing about imaginary worlds with his brother, Warnie. The children’s author Edith Nesbit left a particular imprint on Lewis’s young mind. Certain plot lines in her book, The Magic World (1912), are quite similar to those in The Lion, the Witch, and the Wardrobe. In fact, both books feature wardrobes that double as thresholds to magical worlds.

Lewis’s friend and colleague J.R.R. Tolkien thought the Narnia series lacked depth. Though the series heavily reflected his childhood flights of imagination, it is highly probable that Lewis imbued what could have been a simple children’s fantasy with a symbolism that Tolkien missed. Scholar Michael Ward posited in 2008 that each Narnia novel corresponds to one of the seven planets in the medieval understanding of the universe. 2 Lewis’s longstanding fascination with medieval symbolism and mythology supports this theory.

World War II brought with it a renewed interest in religious matters in Great Britain. As a result, the BBC hired Lewis to give a series of broadcast talks to address the spiritual concerns of the British people. These broadcast talks were later published in three volumes–Broadcast Talks (1942), Christian Behaviour (1943), and Beyond Personality (1944). Though interconnected, they were viewed by the general public as separate works, so Lewis combined and amplified them to create Mere Christianity, published in 1952.

Mere Christianity is Lewis’s seminal evangelical work–a logical argument for the Christian faith and a call for peace and cooperation between the various denominations therein. Many apologetic works have been based on it, and it’s probably Lewis’s best-known work after The Chronicles of Narnia. The broadcast talks were what catapulted Lewis to fame in England, and the publication of Mere Christianity spread his fame to America. Before 1961, Lewis’s nonfiction was primarily intellectual in nature. Then, his wife of four years, Joy Davidman, died of cancer, leaving him devastated. He took to the page in his grief, writing a highly emotional account of the spiritual questions and doubts that her passing raised for him. It’s a raw and unabashedly honest book that challenges the soundness of Lewis’s earlier arguments about pain and its place in the life of faith (outlined in The Problem of Pain–a good book to read in conjunction with this one, but certainly not necessary) when faced with the actual experience of suffering.

Lewis was notoriously uncomfortable with expressing sentimentality in his writing and took great pains to disguise his authorship of A Grief Observed when it was published. He used a pseudonym and altered his usual writing style to avoid detection. Even so, T.S. Eliot, then a director at the publisher Faber and Faber, recognized the manuscript’s author immediately.

Once you’ve finished these three books, you’ll have a basic idea of who Lewis was as a writer. Obviously you should read everything he’s ever written, but a couple of good follow-up books to start with are The Screwtape Letters, a novel written as a series of letters between a demon and his protégé, and C.S. Lewis–A Life by Alister McGrath. The latter is an excellent biography that gives a wonderful overview of his life and insight into his works.

1I personally recommend reading the books in the order they were written or published. As Alister McGrath points out in C.S. Lewis: A Life, “The chronological approach raises considerable difficulties for readers. For example, the events of The Horse and His Boy actually occur during, not after, those of The Lion, the Witch, and the Wardrobe.”

2For a layman’s overview of this theory, read The Narnia Code: C.S. Lewis and the Secret of the Seven Heavens. For an in-depth scholarly analysis read Planet Narnia: The Seven Heavens in the Imagination of C.S. Lewis, both by Michael Ward.