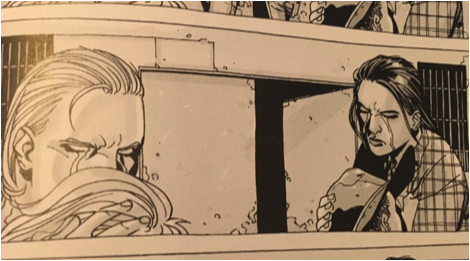 As mentioned in “An Analysis of Impressive Comic Panels: Part 1”:

“I love graphic novels and comic books. But as a text-focused person, I often have to tell myself to slow down and enjoy the (graphic) scenery. However, some pages and panels stop me in my tracks, making this reminder unnecessary. Here are a few examples of impressive comic panels from recent reading.” 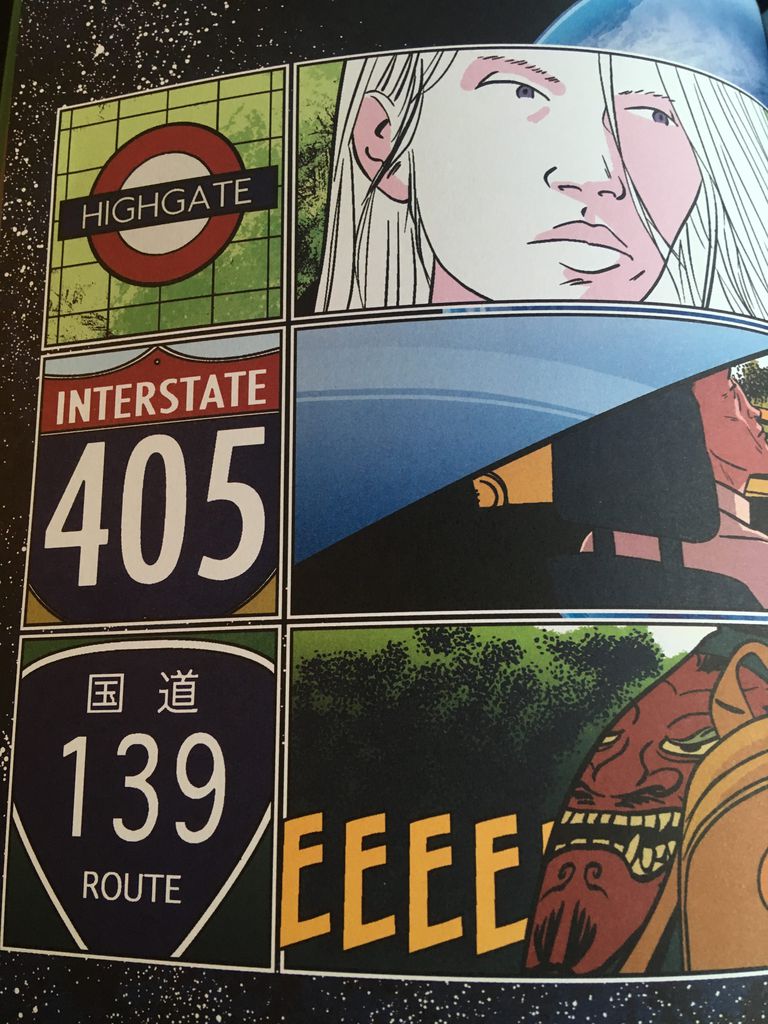 Celeste is an exquisitely drawn head trip. This page elegantly sets up its central conceit of following three people in different countries. Using road signs is a simple, clever way of creating a common starting point for the multiple narrative threads. Unfortunately, the artwork is very male-gazey and the story doesn’t go anywhere in particular. But I can appreciate the artistry of individual panels. 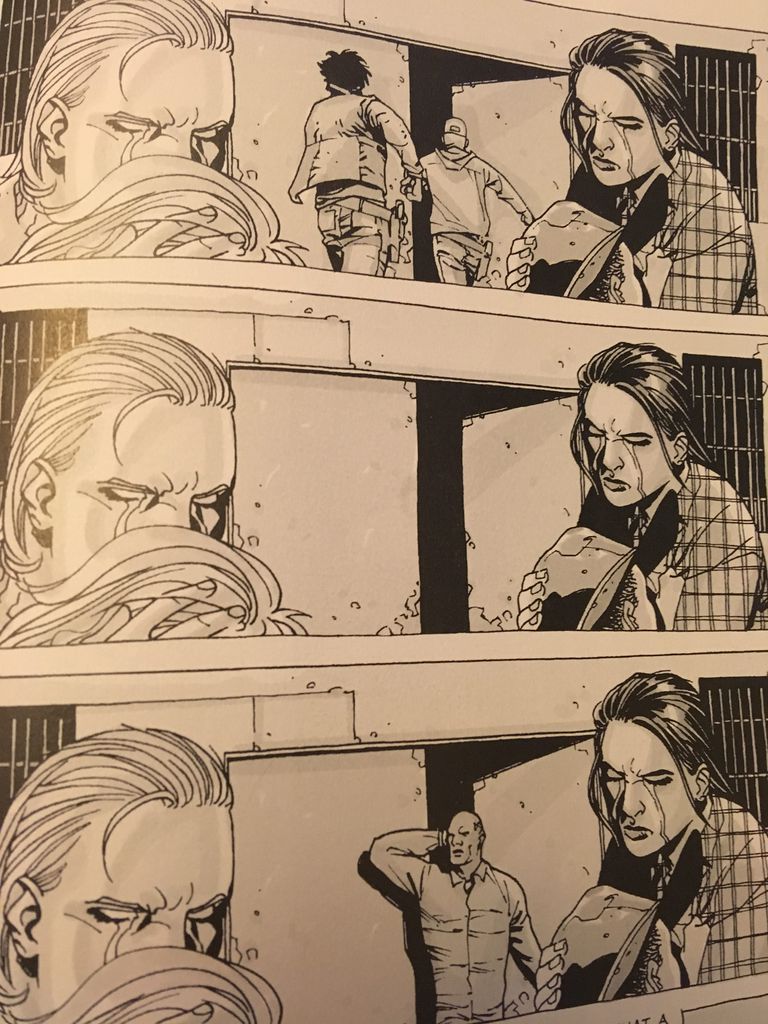 The Walking Dead is an action-packed comic series. But it also knows the power of slowing down, to reflect on emotional moments and consolidate the feeling of community that drives these characters forward. These silent panels, from the third volume, depict both movement and stasis. Core characters are paralyzed with grief at the edges of the frame, and the mostly empty space between them shows how ill-equipped other people feel to deal with their grief. It’s moving but not mawkish. 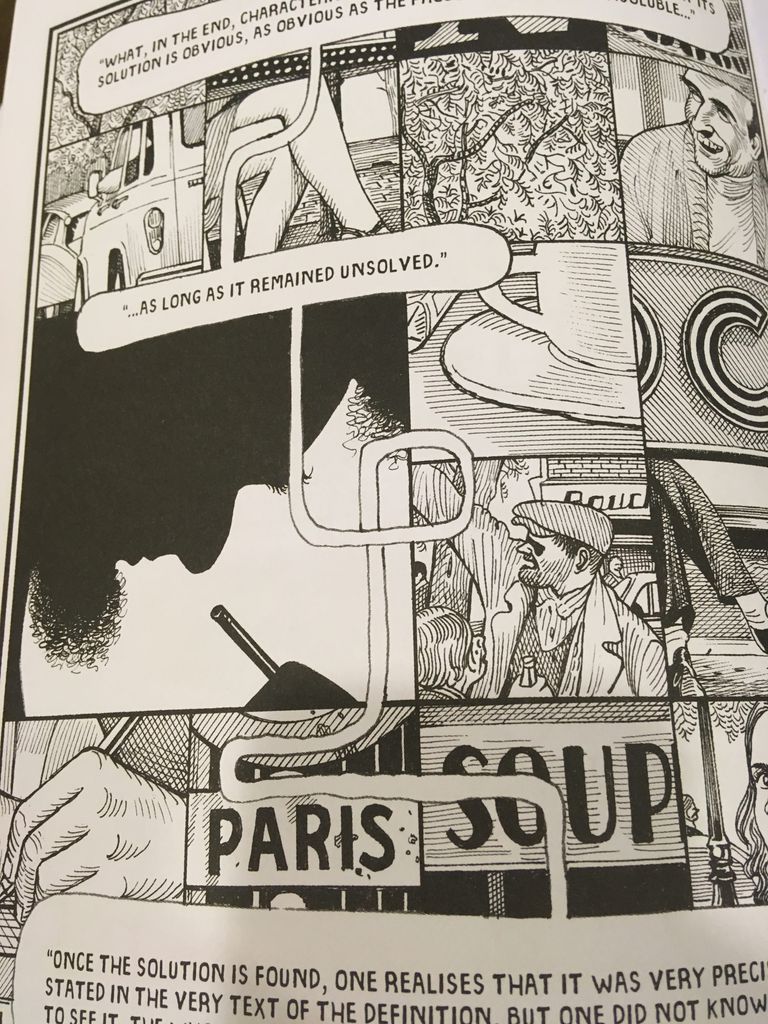 Fun has a strong and whimsical premise. It summarizes the true history of crossword puzzles, while unspooling a fictional mystery involving a comic strip expert. The black and white panels are themselves set up like crossword grids in often-nifty ways, like this example. The images reinforce the intricacy of the puzzle created by the plot. They also provide space for plenty of visual experimentation and, well, fun. 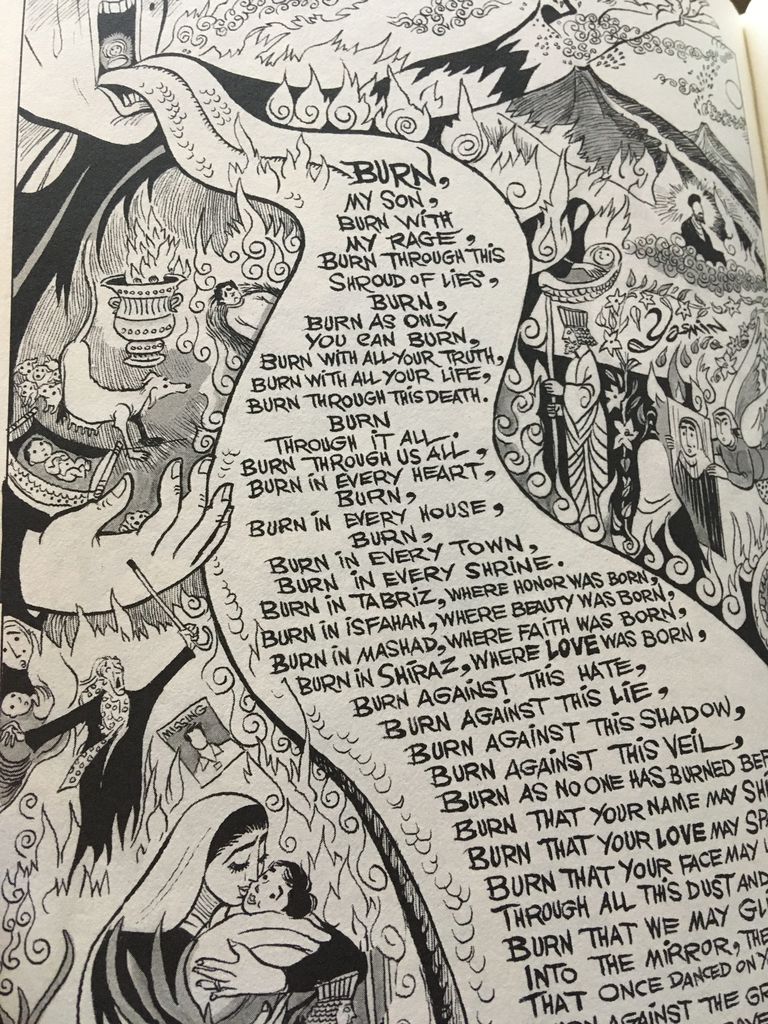 Zahra’s Paradise by Amir and khalil

Zahra’s Paradise follows a mother and son as they try to track down their son/brother, a student who’s disappeared in the protests following the fraudulent Iranian election of 2009. The rights abuses and hypocrisy the book details are painful. All that anger and pain build to a claustrophobic climax on this page. It’s a virtuosic set of images and text bringing together Persian mythology, Iranian history, and ideas about the power of naming one’s oppressors. This page is dense with meaning. But even apart from the symbolism, the family’s anguish comes through loud and clear.