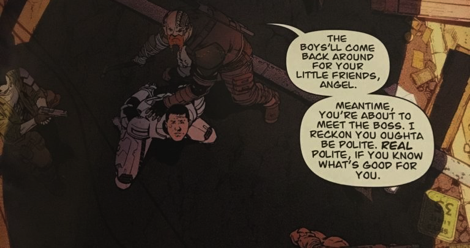 I love graphic novels and comic books. But as a text-focused person, I often have to tell myself to slow down and enjoy the (graphic) scenery. However, some pages and panels stop me in my tracks, making this reminder unnecessary. Here are a few examples of impressive comic panels from recent reading. 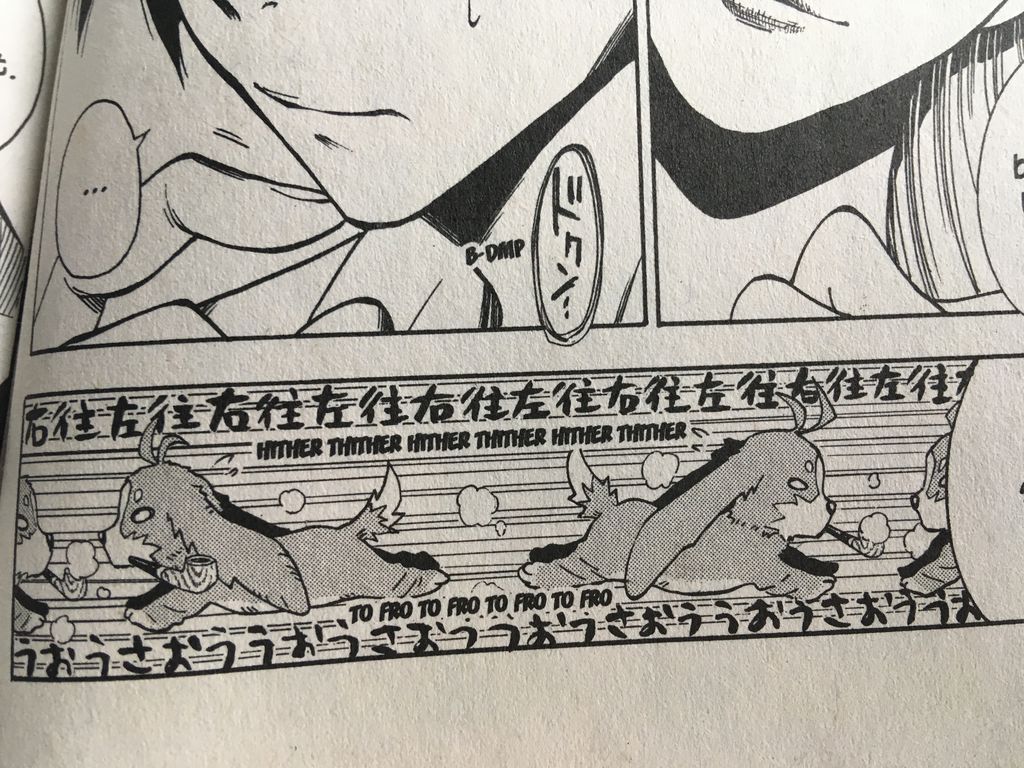 In the delightfully nutty manga series Sherlock Bones, Sherdog is the reincarnation of Sherlock Holmes. He’s also an adorably fluffy puppy, who solves crimes with the reincarnation of Dr. Watson, Japanese teenager Takeru Wajima. This panel, from the first volume, gets at the whimsy of the series. Sherdog is smoking a pipe (which he needs to do in order to communicate with Takeru). He’s moving frantically as he ruminates. And artist Yuki Sato has expressed this furious movement in a small space, with images of Sherdog going from left to right and back again. The text—“HITHER THITHER HITHER THITHER HITHER THITHER” / “TO FRO TO FRO TO FRO TO FRO”—also conveys a sense of movement, but in a funny and clever way. 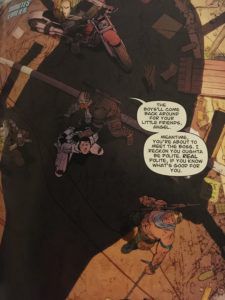 Much of Quarantine Zone, a sci-fi thriller about modifying people so that they’re incapable of evil, feels cinematic. But this panel, from artist Fernando Pasarín, is especially visually dramatic. It’s the most effective aerial shot I’ve ever seen in a comic, with a helicopter shadow covering half the page and adding to the visual interest. The effect is disorienting, in a brilliant way. 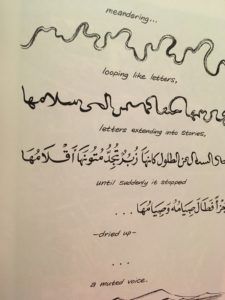 Habibi is such a visual and narrative treasure trove that it’s hard to single out one portion in particular. But this elegant page distills Craig Thompson’s graphic language, which is interested in the beauty of written Arabic and, more generally, the importance of stories to escape trauma and foster closeness. The sinuousness of the top curves hint at the sensuousness of the book. And the interplay among English letters, Arabic letters, and visual design is a good summation of Habibi’s style. 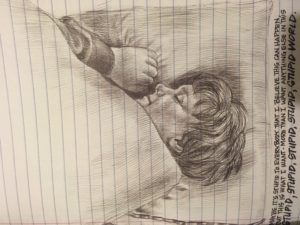 My Favorite Thing Is Monsters, Vol. 1 by Emil Ferris

Plenty of Rioters have commented on the unique brilliance of Emil Ferris’s horror-tinged coming-of-age story My Favorite Thing Is Monsters. The artwork is immediately stunning, in a deceptive way. Each page appears drawn on lined notebook paper, as if the book is the notebook of 10-year-old Karen Reyes. This page is touching in the simplicity of the illustration, which is a good counterpoint to the rawness of the words. The careful shading and the serenity of the image provide a tender moment to reflect midway through the sprawling book.