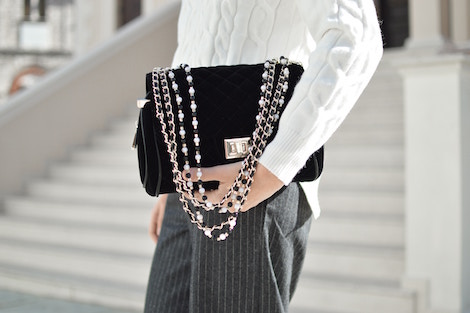 I’ve not yet read Lemony Snicket’s Horseradish, a nonfiction novel aimed at children. But I’ve found myself applying one of its quotes to my daily life, especially as life gets busier and I have less time to cozy up with a good book: “Never trust anyone who has not brought a book with them.” I’m not saying that you should, inherently, trust me. All I’m saying is that I’ve taken to putting books in my purse; so I can read while I’m waiting at the dentist or doctor’s office, during quiet lulls at family gatherings, or even while I’m out with friends (they have to go to the bathroom sometime).

Is it a little much sometimes? I mean, probably—but if I don’t sneak in a couple pages here and there, it’s likely I won’t get to read at all the rest of the day. And I always put my book away as soon as my attention is required elsewhere.

When deciding which book to bring with me, only one thing matters: whether or not it fits in my purse. My cousin once watched me empty my purse and deadpanned, “It’s official: you’re a time traveler.” I’m lucky in the respect that my purse is large enough to hold a laminated wallet that gets mistaken for my actual purse, four pairs of glasses, my phone, its charger, toothpaste and a toothbrush (you never know when you’re gonna need those), gloves, toilet paper (seriously. I learned from experience that this was a necessity, and I wish I hadn’t), and at least one book. I always have my phone for easy access to the Kindle app, but my actual e-reader (an iPad through which I purchase and read Kindle books) doesn’t fit as well as a physical book does.

But some reads, like Habibi, don’t fit into my bag. I read what will nestle into my purse without getting bent or curled or somehow irreparably damaged, and that chosen book stays there until it’s finished and swapped out for another one. If you’re looking for books to stick in your purse/handbag/backpack, but unsure of what will fit, let me offer you some ideas: 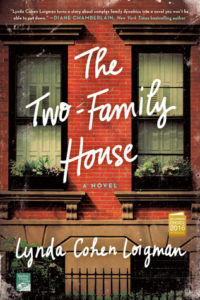 One of my favourite recent reads, The Two-Family House follows two diametrically opposed brothers, and their respective families, who share a brownstone. Readers are treated to a glimpse into two very different lifestyles under the very same roof: while both families practice Judaism, Abe, Helen, and their four boys are warm and gregarious, the epitome of life. On the floor below, timid Rose contends with a perennially-miserable husband in Mort, who looks at their three daughters with discontent, because he desires a son. When Rose and Helen fall pregnant at the same time in 1947, each is hoping for a new experience—Helen longs to mother a daughter, Rose is desperate for a son so that Mort will love her again. When the women go into labour on the same night, during a horrific snowstorm, they make a decision that will change the course of their lives forever. The Two-Family House is a brilliant, warm, evocative novel about making an unthinkable choice, and dealing with the consequences of your actions for as long as you live. I will say that if you go into this novel expecting a “huge twist,” you’ll be disappointed because you pretty much know exactly what it is upfront. The twist isn’t the thing that keeps the pages flipping, it’s the life that goes on afterward. 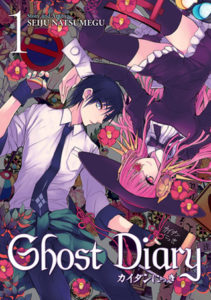 I don’t read as much manga as I’d like to, but I saw this at my local bookstore and picked it up on a whim. Ghost Diary follows Sukami Kyouichi, who’s descended from a long line of exorcists. Kyouichi has a close relationship with his older sister, Hanaichi—close enough that his friends in the Occult Club like to tease him about being in love with her. All  Kyouichi wants is to accompany his sister on exorcisms, but she insists he’s not ready as she dutifully writes in the pages of her ghost diary—a book filled with every manner of ghost, ghoul, god and monster. When Kyouichi accidentally angers a vengeful god, Hanaichi comes to his rescue, but their bravery comes with a steep price. Hanaichi agrees to be the god’s companion if her brother is spared. Unaware of the sacrifice she made, Kyouichi assumes she vanished. Armed with his own knowledge and his sister’s ghost diary, he refuses to give up the search. Six years later, he meets Chloe, a reaper who can’t remember anything, but swears that she and Hanaichi were friends, and if her memories are restored, she can help find her. Together, Kyouichi and Chloe must fill in the blank pages of Hanaichi’s ghost diary if they want a chance at saving her and bringing her home. This was a lot of fun! Plus, its compact size made it a natural choice to shove in my purse. It was a quick read, and it kept me entertained! There are only three short volumes, so that’s a plus. 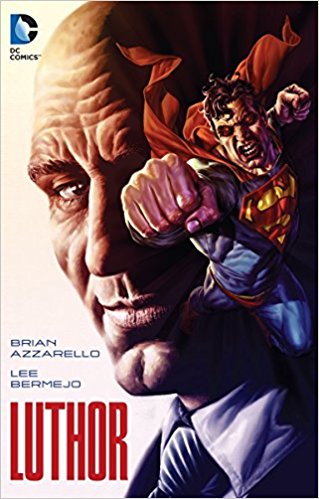 Originally published as Lex Luthor: Man Of Steel, Azzarello’s standalone miniseries dives into the sociopathic enigma that is Lex Luthor. Some may call him evil, others brilliant—but when was the last time you looked at Lex Luthor and equated him with being justified? To be honest, I don’t rate graphic novels on Goodreads, because each time I read them, I get something different out of them, and sometimes my entire perspective will change, even if I’ve read it ten times before. This book is a good example of why—Azzarello’s books are very hit-or-miss for me, but Bermejo’s beautiful artwork assures I’ll be buying whatever they’re selling. Luthor explores Lex’s unconditional fear and hatred of Superman, his unwavering hope for humanity, and his weird fetish for superheroes. There were aspects I didn’t love about this miniseries—can someone please explain to me why Batman VS. Superman looks like it was ripped directly from the pages of Luthor? There are some interesting fan theories that make sense, but the writing, when not delving into Lex’s villainous monologues or grand master plans, is weak. But there were also things I did really enjoy (all the creepy parts, and there were many). This book straddles the line of “that’s cool” and “dude. DUDE. That is f*cked up.” Ultimately, Lex is shown to be a man who is both convinced of his superiority and massively insecure about his place next to Superman; he’s a massively successful genius who is also pathetic and pitiable. I wouldn’t want to get in Luthor’s way—but I also would never want to be him, given how miserable and twisted his life is, mostly because he chooses to make it that way. He’s complex. (get it? Complex? Because his name is Lex and…you know what, I’ll show myself out). 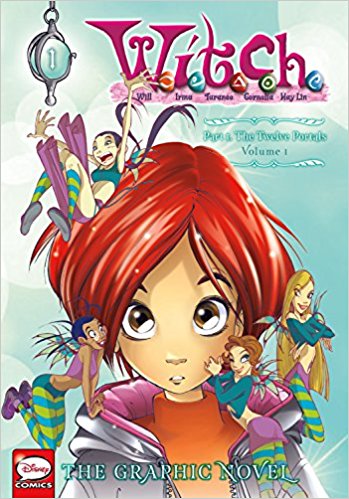 Originally an Italian comic series which has seen several English adaptations—including a series of middle-grade novels, a short-lived cartoon on Disney’s Jetix block, and a translation of the comics by author Parke Godwin—W.I.T.C.H. is being reprinted in English by Yen Press. The first graphic novel deals with the first story arc, wherein we are introduced to five young women granted with elemental powers. The girls become Guardians of Candracar, the center of the universe, protecting it from the magical creatures and misanthropic people who wish to destroy it. W.I.T.C.H. was a huge part of my childhood, and revisiting it has been a blast, instead of a cringe-fest. 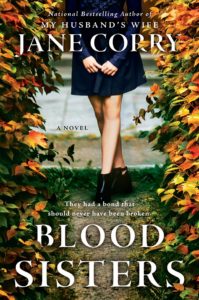 Three little girls. One good. One bad. One dead. Corry’s sophomore effort is one of those psychological thrillers that is even better if you go in blind. It was honestly a cover buy for me, and I finished it in three sittings (I may have snuck it out of my purse to finish it!)

Does anyone else store books in their bags for their sheer love of reading? What are some other good, reasonably compact books that you’ve brought with you everywhere (or, almost everywhere)?