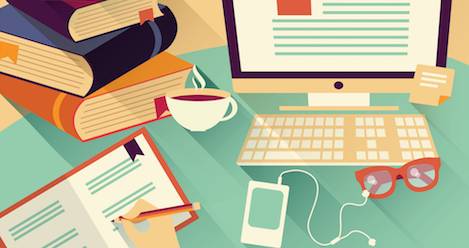 If you’ve been tuned into the internet lately, you might’ve heard the recent hullabaloo over film critics and audiences having wildly different opinions on films like Bright and Star Wars: The Last Jedi.

Welp, all this fuss got me thinking: where do professional book critics and audiences differ?

So I took a look at Goodreads and Literary Hub’s Book Marks, a Rotten Tomatoes for book critics, and sorted through semi-recent books to see where the pros and the general rabble noticeably disagree, and what we can learn from all of this. Anyway, let’s get cracking and looking at some graphs! 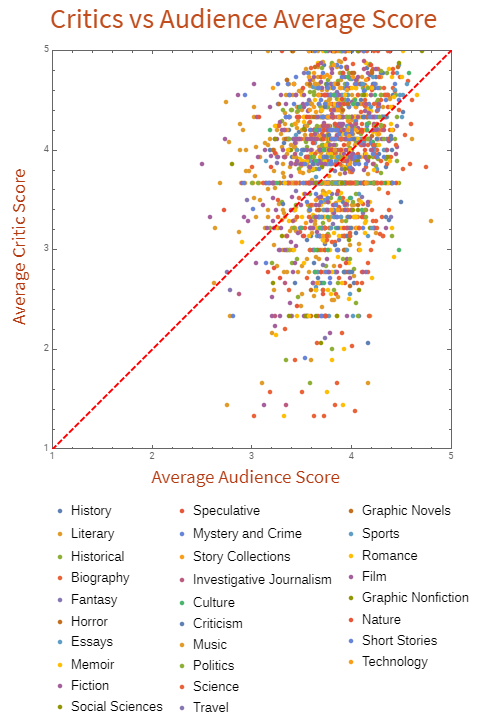 [Note, Goodreads uses a 5 star ranking, while Book Marks uses a 1–4 scale (Pan, Mixed, Positive, Rave). For the sake of comparison and making the math work, I did a little arithmetic and converted Book Marks’s scores to a 1-5 scale].

When Audiences Liked the book More Than Critics

By far, the category with some of the biggest difference in opinions that surprised me the most was Biographies and Memoirs. 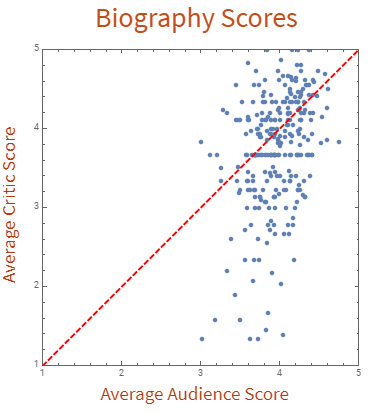 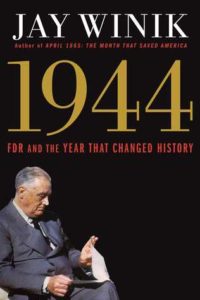 For instance, while Goodreaders users rated 1944: FDR and the Year That Changed History at a healthy 4.03 stars, the majority of critics panned it. The average reader seemed to enjoy the sweeping tale of President Roosevelt learning about the truth about the Holocaust. Critics, meanwhile, were left unimpressed by the information, and annoyed by the size. As the reviewer for the New York Times damningly put it, it reminded her of Where’s Waldo? (yikes). 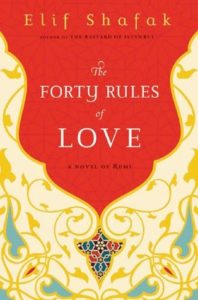 And, of course, Romance is an area where critics and bookworms regularly fail to see eye to eye. Take Elif Shafak’s The Forty Rules of Love. The Turkish author’s novel of two parallel love stories, one in modern times and the other in the 13th century, gets 4.1 stars from general readers. Meanwhile, most critics panned the work. Publisher’s Weekly called it “a curious blend of mediocre hen lit and epic historical to underwhelming results.”

When Critics Liked the book More Than Audiences

Maybe this seems obvious to everyone else, but it sure was a surprise to me that Story Collections tend to be rated higher by critics than general readers. 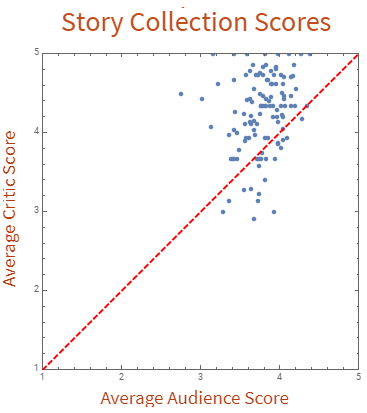 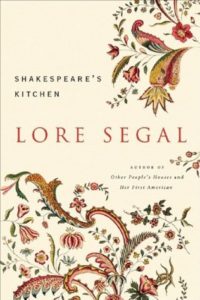 Lore Segal’s Shakespeare’s Kitchen, for instance, was a critical darling in 2008. Following the interconnected stories of Ilka Weisz, her friends the Shakespeares, and human needs, professional critics uniformly gave it rave reviews. Shoot, it was even a finalist for the Pulitzer Prize.

Goodreads, on the other hand…gave it a tepid 3.1 stars. As one particularly unenthusiastic and wry reviewer put it, “A good cure for insomnia, these stories well-exemplified the tedium of academia.”

And then there’s Diane William’s Fine, Fine, Fine, Fine, Fine, a flash fiction collection. Critics seemed to adore it with only rave and positive reviews, describing the very, very short stories as “whip-quick snapshots” and “little riddles to unspool.”

Meanwhile, here’s a sample of what some of the general audience had to say…

…Woof. I take it from that, and the 2.7 stars, that not everyone was into it…

So what’s going on?

There do seem to be some biases in both rankings. Here are my best guesses as to what’s going on:

There’s also this simple fact: there’s a bajillion more regular readers on Goodreads than there are professional critics (I’ll have to double check that math, but take my word for it). One critic panning or raving on a book can completely throw the average critical score off kilter.

On the other hand, really negative ratings on Goodreads tend to get muted after enough reviewers chime in. If you look at the graphs, rarely did a book drop beneath 3 stars…but surely not everyone was OKAY with these books. It doesn’t help that what “3 star” means to me (ok, a little flawed but pretty readable) might not mean the same to you.

And I didn’t even touch the very different dynamics of Amazon reviews, or the numerous alternatives to Goodreads.

So what’s a concerned bookworm to do? Goodreads and Book Marks are both excellent resources…when you go in understanding where the average scores and reviews are coming from. Just like with Rotten Tomatoes, it’s a good idea to check both scores, read the actual reviews, and take it all with a big ol’ grain of salt!

Do you take critics or Goodreads or a mysterious third review option into consideration when deciding on whether to read a book? Or are there certain genres or authors you know to just ignore what the reviews say? Please share in the comments!