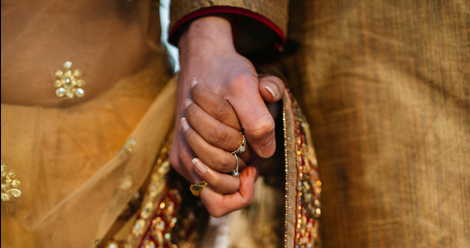 A few weeks ago, the New York Times ran a round-up of the romance genre as it is today, written by revered editor Robert Gottlieb. Because the article itself has been examined and critiqued multiple times, including masterfully (and tipsily) by Rioter Amanda, I am not going to engage with it. I am, however, going to engage with Radhika Jones’s response to the public reaction to Gottlieb’s initial article, because it raises questions that are IMO worth pursuing.

Jones claims that “the fan’s relationship to a work of art is different from the critic’s.” True enough. However, such a claim misses the point entirely: romance readers weren’t asking for a fan to do the round-up (although somebody who appreciates the genre would’ve been preferable), we were criticizing the fact that it was assigned to a person who isn’t familiar with it. That was more than sufficiently proved by the fact that Gottlieb reduced the most profitable, most varied genre in publishing to two simple categories: the Regency romances and the young-woman-finding-her-way stories. Never mind the fact that he’s apparently unaware of the existence of same-sex, middle-aged, and elderly romance. (Spoiler alert: they do exist.)

Jones’s response is titled “Who Gets to Write About Romance?” somehow turning the public reaction into snobbery. Of course everyone gets to have an opinion on any school of thought or art. But there is a difference between sharing your thoughts in conversation—or even on a blog—and being platformed on a massive publication like the New York Times. This might make you wonder then, as it did me: who’s qualified to be a critic? Well, somebody who knows and understands what they are critiquing, to begin with. Imagine a person who specialized in pre-Raphaelite art but knows nothing about modern art from Picasso onwards. Would you ask him to critique comic books? Graffiti? Knowing that the critic in question knows nothing about the goals, the motivations and the techniques of the art in question? I wouldn’t. I’d welcome and respect his opinion, I’d let it enrich mine, but I’d go to an actual modern art critic.

This relates to the response garnered by the original article: Jones mentions that it drew reactions from people who thought the New York Times should deal with Real Literature™. There is the assumption that popular fiction, romance in particular, doesn’t merit analysis or respect. The reasons for this attitude have been conjectured and theorized to death, so I’m not interested in doing a post-mortem. Suffice to say that elitism and misogyny have a lot to do with it. But my point is that, because he’s already familiar with Real Literature, because he’s worked with giants of the field, and is arguably a giant himself, Gottlieb is more than qualified to discuss romance, right?

Which brings me to my final point. Jones dismisses the criticism to Gottlieb’s piece as belonging to upset fans who thought his article slighted beloved authors. This view, incredibly condescending as it is, once again misses the point. Sure, we all have a knee-jerk HOW DARE YOU reaction when our favorite authors’ work is outright dismissed as pointless fluff. I know I do. But the negative response to this round-up has very little to do with that and a lot to do with how reductive and frankly myopic it was.

I went to university to get a degree in literature. I talk about literature for a living, and have several published papers on various works of classic lit. And still, when I mention I read romance, I get the Oh Noes look. You can tell that, in a lot of people’s eyes, my IQ has dropped several points by that casual comment alone. And you know what, I’m tired of it, of the misogyny and elitism responsible for viewing romance, its readers and authors, as Less Than. In this case, less than worthy of a real critic that knows more about the genre than that There is Regency And There Is Sex.