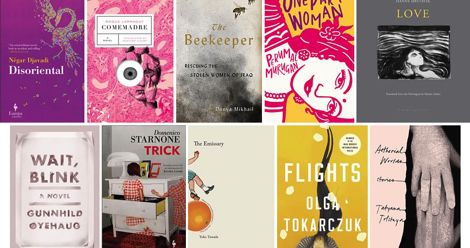 This content contains affiliate links. When you buy through these links, we may earn an affiliate commission.
The National Book Foundation announced the 2018 National Book Awards Translated Literature longlist. It is the first time this award in its current iteration will be given (there was a previous translation award years ago). This prize, which represents a permanent fifth National Book Award category, was announced earlier this year and will honor a work of fiction or nonfiction that has been translated into English and published in the U.S. 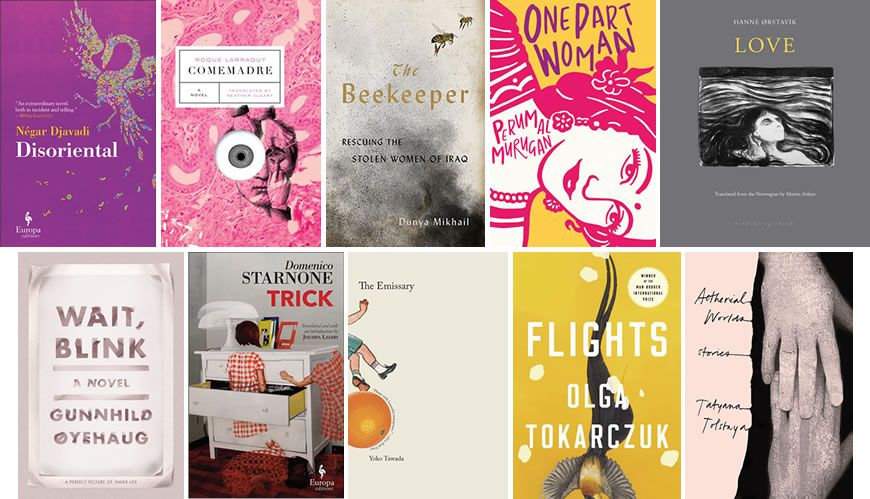 Disoriental by Négar Djavadi, translated by Tina Kover Comemadre by Roque Larraquy, translated by Heather Cleary The Beekeeper: Rescuing the Stolen Women of Iraq by Dunya Mikhail, translated by Max Weiss and Dunya Mikhail One Part Woman by Perumal Murugan, translated by Aniruddhan Vasudevan Love by Hanne Ørstavik, translated by Martin Aitken Wait, Blink: A Perfect Picture of Inner Life by Gunnhild Øyehaug, translated by Kari Dickson Trick by Domenico Starnone, translated by Jhumpa Lahiri The Emissary by Yoko Tawada, translated by Margaret Mitsutani Flights by Olga Tokarczuk, translated by Jennifer Croft Aetherial Worlds by Tatyana Tolstaya, translated by Anya Migdal The shortlist will be announced October 10th. The 69th National Book Awards Ceremony will be held at Cipriani Wall Street in New York City on Wednesday, November 14, and will also be live-streamed online in its entirety. The $10,000 prize will be split evenly between the winning author and translator. "The judges for the category this year are Harold Augenbraum, the acting editor of The Yale Review and the former executive director of the National Book Foundation; Karen Maeda Allman, the author-events co-coordinator at the Elliott Bay Book Company, in Seattle; Sinan Antoon, a poet, novelist, and translator; Susan Bernofsky, who directs the literary translation program at the Columbia University School of the Arts, and Álvaro Enrigue, whose most recent novel is Sudden Death." Are any of your favorite books in translation on this list? Are there any you think are missing? Here's the 2018 National Book Awards Young People’s Literature Longlist. Stay tuned for more announcements on longlists for poetry, fiction, and nonfiction!