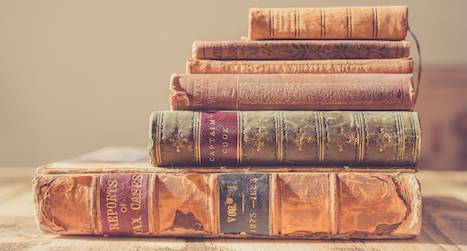 I was talking to someone the other day and noticed that several of the books they mentioned that they’d read recently or planned to read in the future were “classics.” When I pointed that out they said they were trying to read the Modern Library’s 100 Best Novels.

I remembered that list well. When it came out I was in college and I used it to guide my book selections for a long time. It’s how I got introduced to D. H. Lawrence, Henry James, Graham Greene, and more.

It had been a long time since I’d actually looked at the list, so I pulled it up. The first thing I noticed: no Toni Morrison. The list was created in 1998, by then Morrison had already written The Bluest Eye, Sula, Song of Solomon, Tar Baby, Beloved, Jazz, and Paradise. She’d won the Nobel prize 5 years earlier. She was already firmly cemented in America’s literary firmament. How could any list possibly exclude all of her books?

It’s been almost 20 years since the Modern Library’s 100 Best Novels came out, long enough to forget how it was created and the controversy around it, but it’s still a popular list people use to guide their reading all these years later.

Let’s have a quick refresher: the Modern Library is a division of Random House that prints (you guessed it!) classic literature. The 100 Best Novels list was pulled from a list of 400 possible novels. It appears that the full list of 400 came from the Modern Library’s published works. The list was chosen by the Modern Library’s board, which was made up of 9 men and 1 woman, with only one person of color in the group. Their stated goal was to get people talking about great works of literature, and of course to sell books. (They planned to reissue several books on the list in the months after it was released.)

It’s not clear exactly how the Board’s choices turned into the actual list, but several of them expressed dissatisfaction with the list. The list is made of only British and American writers, and mostly made up of books published prior to 1950. (Several judges only chose books that had already been in print for decades, to prove they’d “stood the test of time” and whatever.) There are only 8 women on the list. And hardly any people of color are represented.

In response, Radcliffe students created their own list, and it’s an improvement, but since it’s pulled from the same original list of 400, it’s only marginally better. 22 books by women, more books from the second half of the 20th century, more genre and popular fiction, but still a heavy emphasis on American and British writers, still few books by people of color.

Lists are fun, and they can make for great experiments and goals in reading, but in a literary world that was almost completely dominated by white male writers for centuries, do we want lists to guide us?

If you want more list options, here’s a roundup of some of Rioters’ favorite Top 100 lists. If you’re going to use a list, I’d suggest a list that actively pushes back against the white male canon. Use a Global Literature list or a Literature by Women list or an African-American Literature list.

Who says you have to read 100 books that a bunch of old white guys like? A good list is about more than what’s stood the test of time, especially since the test of time has a strong preference for white dudes.