We’re happy to give readers a first look at the cover of the debut YA novel The Heartbeats of Wing Jones by Katherine Webber! Take a gander (those colors, though) and check out the synopsis below: 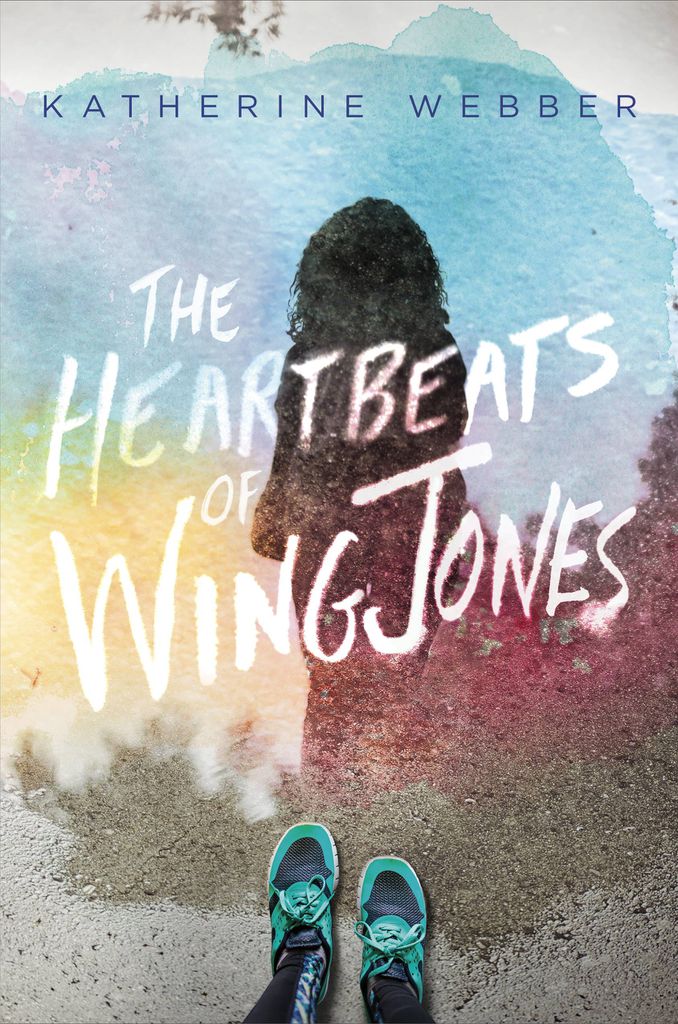 Wing Jones, like everyone else in her town, has worshipped her older brother, Marcus, for as long as she can remember. Good-looking, popular, and the star of the football team, Marcus is everything his sister is not.

Until the night everything changes when Marcus, drunk at the wheel after a party, kills two people and barely survives himself. With Marcus now in a coma, Wing is crushed, confused, and angry. She is tormented at school for Marcus’s mistake, haunted at home by her mother and grandmothers’ grief. In addition to all this, Wing is scared that the bank is going to repossess her home because her family can’t afford Marcus’s mounting medical bills.

Every night, unable to sleep, Wing finds herself sneaking out to go to the school’s empty track. When Aaron, Marcus’s best friend, sees her running one night, he recognizes that her speed, skill, and agility could get her spot on the track team. And better still, an opportunity at a coveted sponsorship from a major athletic gear company. Wing can’t pass up the opportunity to train with her longtime crush and to help her struggling family, but can she handle being thrust out of Marcus’s shadow and into the spotlight?

Sign up for What's Up In YA? to receive all things young adult literature.
Thank you for signing up! Keep an eye on your inbox.
By signing up you agree to our Terms of Service
#Young Adult Literature#heartbeats of wing jones#katherine webber