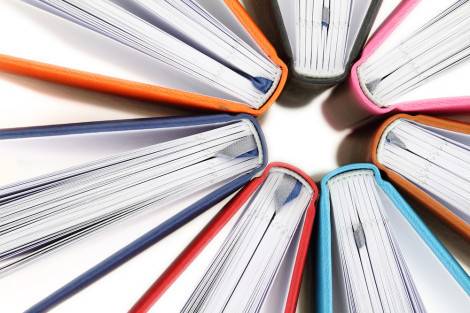 I can almost always tell from a synopsis when a book about a person of color was written by a white person. A big warning sign is the flagrant use of stereotypes. If the PoC main character is, say, a crack-addicted pregnant teen, it has the fingerprints of someone who has no fucking clue what teenage girl of color might actually go through all over it.

I’ve actually seen that book, by the way, and I couldn’t get over how much it sounded like the guy (let’s call him Chad) had built his story from re-runs of 1990s Law and Order. Chad probably wanted to write something “edgy” and “diverse” to cash in on the desire for more different types of stories, but he really only succeeded in further perpetuating harmful stereotypes.

The real experiences of Black teen girls shouldn’t be boiled down to a cliché after-school special, or anybody else’s experiences for that matter. If you don’t actually know anything about the lives of the people that you’re writing about, though–if you haven’t experienced anything like it in your real life and what you know actually does come mostly from TV and movies–it’s going to come out in cliches and stereotypes when you try to write it.

I wasn’t going to write about this because I am also not a person of color, or a trans person, or a member of many other groups who often face this problem; I felt like an extension of “own voices” probably should also be one’s own voice being the voice to air one’s own grievances and that I should lift up their voices instead of imposing my own. This situation, however, has become my own grievance over time as I see more and more autistic characters popping up in books, movies, and TV shows.

(Side note: one of the worst things about autistic characters showing up in things is that creators don’t actually have to say the characters are autistic to make them autistic, like with Sheldon on The Big Bang Theory. If called out, they can say “well, we never said the character was autistic” despite using our “quirkiness” and other autism stereotypes to the letter. Awesome.)

I was recently annoyed when a probably-autistic character cropped up in a webcomic that I follow. I can tell the webcomic artist went to pains to try to be sensitive and probably even tried to educate the audience about what it’s like to be autistic. The character in question hits a range of autism traits: she has to interpret figurative language because her tendency is to take things literally; she gets overwhelmed and becomes unable to speak when that happens; she has a short range of facial expressions; she’s blunt when she communicates. She’s a sympathetic character in the comic and I can tell she was written and drawn with kindness.

Still: I disliked reading it. Those introductory strips crawled right up my ass and lodged there.

I felt infantilized. I felt reduced to stereotypes, even if kindly. I didn’t feel like a person anymore after reading it. It’s true that those characteristics are accurate to people with autism, but they’re also individual to all autistic people; these traits don’t usually show up in such heavily-pointed ways, especially in adults.

Even though the strips read somewhat as a “hey, this is how we should be sensitive to autistic people” primer, I honestly don’t know if it would be helpful to anybody dealing with a flesh-and-blood autistic person who probably doesn’t fit a list of symptoms point by point. If I can’t tell people calmly and rationally that I am upset and can’t talk, for example, will they still pick up on the fact that I lose my ability to speak because I am autistic? Will people be as forgiving if my bluntness is less self-aware and adorable?

I want to be clear that I do appreciate the spirit of allyship in the comic. I’m not trying to tear the artist a new asshole for daring to write about (probably) autistic people. I’m trying to highlight that this isn’t always limited to a tone-deaf writer trying to cash in on diversity; sometimes a well-meaning writer can inadvertently tell a story that doesn’t ring true with the people it’s supposed to be about. Maybe it’s because they focus too hard on what makes the character different and not how those differences interact with the things that make us all human, or maybe it’s because our experiences are just too much outside of their own experience. I just know that meaning well doesn’t always fix everything.

So when we call for more diverse stories, I think this diversity must come from diverse authors. It’s not enough to have the same group of primarily white, cis, hetero, able-bodied authors writing more diversely; even with good intentions, they may not get it right. The call for diverse stories comes from groups of people who want to see themselves depicted in stories. That call isn’t answered if we read someone else’s depiction of us and we find that it isn’t true to life. I would personally rather never read an autistic character than to read one that gets it wrong, knowing the world might be adding that information to what they know about autistic people, not knowing it’s incorrect. I don’t like seeing myself through this lens. I can imagine I’m not the only one who feels this way.

Or am I? Let me know in the comments what you think.