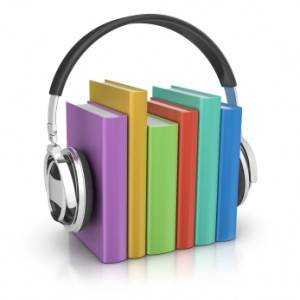 Flashback again, let’s find out what happened to Carol after Rick exiled her last season. First, a good cry. It’s sad when your group rejects you, at least the zombies still want you. Later in a nearby town, Carol sets up shop up at law office and we get another fine dose of survival how-to, which I really have been enjoying this season. While setting up a water trap on the window, Carol notices billowing smoke coming from… the prison! She races there just in time to find everything completely destroyed.

Back in the present, Carol and Daryl pursue the car with the white cross in hopes of finding Beth. Carol wants to ram the car off the road and interrogate the driver. Daryl wants to keep it sneaky. As we head into Atlanta we get a nice recreation of that first season interstate shot. Stopping in the city, they notice the car’s occupants are cops. After disappearing behind a building for a few moments, the cop appears to be dragging a body, but not into the car, then drives off. Daryl and Carol and are out of gas, and decide to hole up for the night nearby. Luckily, Carol knows a spot, namely the halfway house for abuse victims she had stayed at before. They chat for a bit, completely failing to make out, until roused by a noise. It’s a mother daughter zombie combo, and it’s as depressing as you’d think. Carol gets ready to off them but Daryl tells her she doesn’t have to. She awakens the next morning to find the Daryl took care of them both, wrapped them in linens, and is burning them on the roof. A much nicer treatment than this show usually gives walkers.

Except for that time the two girls Carol was supposed to be protecting had to be killed. They buried them too. That’s not me being a jerk, the show literally did a 30 second flashback just so we wouldn’t forget it.

Daryl wants to get up onto a tall building to see if they can spot the car. As they climb up a parking garage and head into the building, we see a silouette behind them. Have the hunters become the prey? Meanwhile, inside there are zombies trapped in sleeping bags. It’s hilarious. Looks like a group of survivors that didn’t. That would have been a fun day to be an extra on set. Also, Daryl, don’t put your crossbow bolts in your mouth, you shoot zombies with those like every five minutes. Gross. A quick shot out the window confirms that they are being followed.

From a swanky office they manage to spot a van with crosses on the back window crashed along a highway, a clue! Too bad the guy who was following them, Noah from two weeks ago, has the drop on them, and takes their weapons. This must be after he’s already at the hospital, so what is he doing out foraging for weapons? To add injury to insult, he cuts open one of the zombie filled tents and runs off. Carol still has a pistol and nearly shoots him in the back but Daryl stops her, “He’s just a damn kid… we’ll find more weapons.” Carol picks up a bag and a book on surviving abuse from the halfway home falls out. Daryl doesn’t make a thing of it. Maybe he can’t read? Another flashback to when Carol murdered those two people at the prison. These flashbacks are a bit on the nose and not really moving the story forward much. Oh well.

Category ID: 1074
Category ID: 13095
The Fright Stuff Newsletter
The latest and greatest from the world of horror
Thank you for signing up! Keep an eye on your inbox.
By signing up you agree to our Terms of Service

At the van the duo looks for more clues as to its origin, all while hoping the van doesn’t topple off the overpass as a horde of walkers gets closer and closer. Daryl notices a gurney with initials of a hospital. Carol suggests Grady Memorial, which is helpful. The horde gets too close and they have no choice but to retreat to the van, buckle up, and hold on. They survive the tumble, only to be greeting by brief rain of zombies. Stupid zombies.

Now that they have a destination, Daryl proposes a stake out of the hospital from a nearby building. Daryl finds a machete and a bag of chips. Perfect stake out chow. Carol talks about how miserable she was with her abusive husband Ed. And how much better she felt about herself at the prison, but that’s gone now too. So who is she now? Rambo-Carol, that’s who. She just needs to realize it. Then familiar crossbow bolts and gunfire reunite them with… their weapons! Daryl pins Noah under a bookcase, then they debate who was following who. Next, Daryl, a heroic character, smokes on television as he does something evil-ish. Don’t smoke kids! They almost let Noah get eaten but don’t at the last second.

Noah gets frantic saying that ‘they’ will have heard the shots and will be coming for him. Daryl just wants know about Beth, who helped him escape. So chronologically this is taking place after the escape attempt but before Carol shows up at the hospital. They try to make a break for it but Carol gets hit by the cops in the car. Like they were definitely trying to hit her. Daryl is ready to go after them but Noah convinces him to let them treat Carol with their fancy medicine. Noah says it’s going to be tough getting her out with all the hospitals people and their guns so Daryl decides to go back to the church for reinforcements. This means that when we saw him come out of the woods with a mysterious stranger three weeks ago it must have been Noah. Problem solved, now to see how Rick and the gang get their girls back! But not until next week…

Another solid episode that starts to tie together threads from the seemingly disjointed previous weeks. What concerns me at this stage is that there are two episodes left for this chunk of the season and I’m not totally sure there are two hours worth of this story left. Either next week will be 100% battle prep with the final episode being the BATTLE FOR THE BETH, or the battle will happen next week and I have no idea what the final hour will hold. Unless they use that last hour to setup the conflict we’ll be seeing next year? The show hasn’t really done those kinds of long-term cliffhangers before, but this season has been full of surprises so far. What do you think we can expect from these next two weeks? Let’s chat about it in the comments!