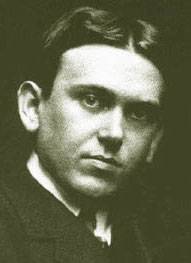 Anytime someone mentions my hometown of Baltimore, (or “Bawlmer,” as some say), you probably think of The Wire or John Waters films. But if you’re of the literary persuasion, you also think of H. L. Mencken, Edgar Allan Poe, Dashiell Hammett, and Adrienne Rich. And if you’ve spent any amount of time in Baltimore, you know that Poe is a bit of an obsession around there. An unknown fan used to leave some cognac and three roses on his grave once a year, and the city’s football team is named after Poe’s famous poem. And yet, Poe wasn’t even born in Baltimore; he just died there. Mencken, on the other hand, was a Bawlmorean through-and-through. He’s even been called the “Sage of Baltimore,” and the house in which he lived is a National Historic Landmark.

Mencken’s birthday (September 12) has just passed, but I wonder how many people actually know who he was or even care. Hey, as a Baltimore native, I didn’t even know much about him until I went to college. But he’s always been floating around my periphery, inserting himself into my life through such favorite authors as Theodore Dreiser, Sinclair Lewis, and Anita Loos. Mencken’s influence on American literature during the first few decades of the 20th century – through his essays, articles, and criticism – was enormous. And yet, his outspokenness on controversial topics like the Scopes trial and America’s involvement in Europe during the two world wars made him a household name.

However, it’s not that Baltimore celebrates Mencken Day, or that Dreiser and Mencken bickered like an old married couple, that greatly piqued my interest in the man. No, it’s the fact that my grandfather knew him.

Like Mencken, my grandfather was born in September in Baltimore, but beyond that, they had little in common. Thirty-five years younger than Mencken, my grandfather was the son of Russian immigrants who owned a grocery store. After living in Pennsylvania and New York during the 1930s, he settled back down in his hometown, married my grandmother, and opened a grocery store of his own, which he called the “Miracle Market.” That store was several blocks away from the Baltimore Sun, where Mencken worked.

Apparently, Mencken used to park in a lot that my grandfather also owned, and this was the extent of their acquaintance. Whether or not Mencken patronized his store, I’ll never know. Nevertheless, when my grandfather nonchalantly mentioned that he had known Mencken, I was floored. A member of my family knowing a famous writer and critic??!! There was just one degree of separation between me and H. L. MENCKEN?? I tried to pump him for more information, but all he’d say was that Mencken was a nice guy. My grandfather was a man of few words.I wish I had taken the time when my grandfather was alive to write down his stories of 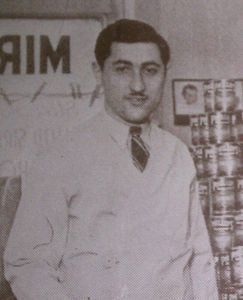 Baltimore during the Great Depression and World War II, all the people who passed through his store, and his general impressions of life in a literary city. But most of all, I wish that I could have talked to him about Mencken and found out if he’d ever read any of the critic’s essays or articles. He probably had. After all, my grandfather was proud that I studied American literature. And I’m proud that I knew him as long as I did.

Are you from a literary city? Tell me about it in the comments!