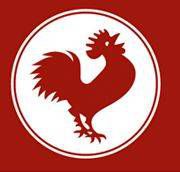 Well, well, well. The Tournament of Books. We meet again.

A couple of weeks ago, the folks at The Morning News announced the finalists and judges for this year’s contest, and, as is my habit, I’ve got a some pre-game thoughts about it. Just before the the Tournament gets under way, I’ll offer my full odds for the finalists, but for now, it’s pre-game analysis.

Over the summer, I took a mid-year stab at predicting the finalists and I didn’t do too badly, guessing 9 correctly at that stage. The ToB folks revealed the final list before I had a chance to update my guesses, but I had already drawn up my revised list, which included swapping Building Stories for Are You My Mother? and adding The Round House by Louise Erdrich (which gets an auto-bid for winning the National Book Award) for Half-Blood Blues.

I mention this for two reasons. First, I want to brag that I got 11 titles right. Second, to highlight that as huge as the ocean of literature that comes out in a given year seems, opinion and interest does tend to coalesce around certain titles. And you can, if you pay attention, feel it.

5 Things I Don’t Like About the Tournament of Books Finalists and Judges.