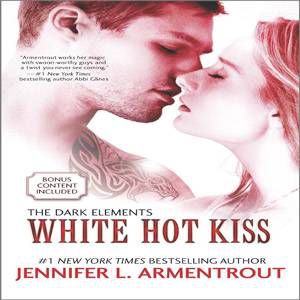 This installment of the Riot Recommendation is sponsored by White Hot Kiss by Jennifer L. Armentrout published by Harlequin Teen.

One kiss could be the last

Seventeen-year-old Layla just wants to be normal. But with a kiss that kills anything with a soul, she’s anything but normal. Half demon, half gargoyle, Layla has abilities no one else possesses.

Raised among the Wardens—a race of gargoyles tasked with hunting demons and keeping humanity safe—Layla tries to fit in, but that means hiding her own dark side from those she loves the most.

When a tattooed, sinfully hot demon appears and claims he knows her secrets, Layla finds herself tempted by the forbidden. But trusting him could mean betraying the family that raised her. Worse yet, it could mean a ticket to the end of the world…

Ah, the teen years. So exciting. So confusing. So filled with longing and the hope for love. What reality can’t deliver, fiction certainly can. We asked you tell us about your favorite teen romance series, and this is the list you came up with:

The Breathing Series by Rebecca Donovan

The Summer I Turned Pretty series by Jenny Han

The Stargazer and The Superlatives series by Jennifer Echols

The Selection trilogy by Kiera Cass

If I Stay series by Gayle Forman

The Sisterhood of the Traveling Pants series by Ann Brashares

The Game Series by J. Sterling