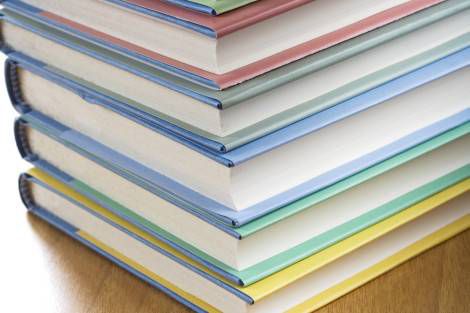 One of my favorite things about being a reader is finding the perfect book at the perfect time. Whether it’s a book that scratches the right itch or a book that answers a question we didn’t know we were asking, a book read in a particular moment can resonate throughout our lives.

Inspired by fellow Rioter Kelly Jensen’s list of nonfiction on girls, women and feminism, I want to recommend some memoirs, essay collections, and personal nonfiction that I think will land perfectly during particular moments in life. Here are 15 of my favorites: 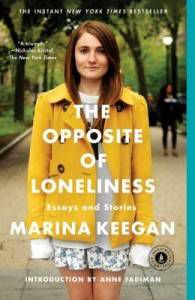 The Opposite of Loneliness by Marina Keegan – The Opposite of Loneliness is a collection of short stories and essays were published after 22-year-old Keegan died in a car accident just after her graduation from Yale. Each of them, but especially the essay that went viral shortly after her death, capture that particular feeling of being on the cusp of adulthood, scared and excited and apprehensive and optimistic all at the same time.

Very Good Lives by J.K. Rowling – This slim little book is a published version of J.K. Rowling’s 2008 commencement address at Harvard University. The published version has lovely illustrations, and is a good reminder, at a moment when life seems full of possibilities, to approach the world knowing that failure is a necessary part of life.

When You’re Struggling at Adulting 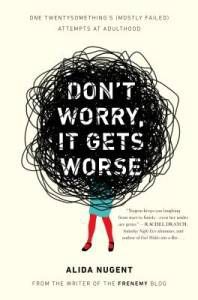 Don’t Worry, It Gets Worse by Alida Nugent – These essays are a super funny look at some of what it takes to make the tumbling, awkward transition from the college cocoon into the real world. Highly recommended if you are working towards being a “mature and responsible adult that definitely never eats peanut butter straight from the jar and considers it a meal.”

Is Everyone Hanging Out Without Me? (And Other Concerns) by Mindy Kaling – I feel like the question Kaling picked for the title of this book is exactly the question I asked every day during my mid-twenties. Kaling is a funny writer, not afraid to admit her shortcomings while sharing her experiences on work and life. I found this one lots of fun when I read it. 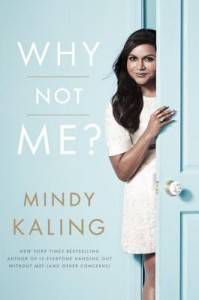 Why Not Me? by Mindy Kaling – Why Not Me? is Kaling’s second book, and it definitely has a more grown-up feel to it. While it still has a sense of humor, Kaling spends more time grappling with the way adulthood affects our work and our relationships. The book also feels less apologetic – both for being written and in the advice Kaling offers – which is a quality I’m trying to emulate as a woman on the cusp of turning 30. 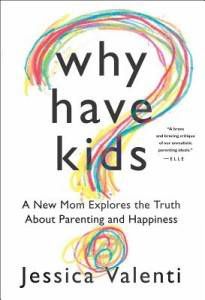 Why Have Kids? by Jessica Valenti – In contrast, feminist and new mom Jessica Valenti looks at the big questions that are often asked about parenting and the impact that having kids has on happiness and life satisfaction.

Selfish, Shallow and Self-Absorbed, edited by Meghan Daum – This is a collection of essays by writers (both men and women) on their decisions not to have children. While probably good at many ages, I think it has resonance for women at around the time society says your biological clock is ticking and the decision about whether to start a family starts to feel imminent.

Spinster: Making a Life of One’s Own by Kate Bolick – Or, maybe your life path isn’t going towards kids or even a long-term, committed partner. In this book, Bolick celebrates the pleasures of being an unmarried woman and looks at how attitudes about women and marriage have changed.

When You’re in a Rut

Year of Yes by Shonda Rhimes – A couple years ago, TV maven Shonda Rhimes discovered that she had become a person who constantly said no. After some introspection, she decided to start a year of saying yes to everything, a quest that started with accepting invitations and eventually led to losing more than 100 pounds and adopting a more joyful life. This book is a kick in the pants.

Hammer Head by Nina MacLaughlin – During her 20s, Nina MacLaughlin spent most of her time sitting behind a desk as a newspaper reporter. Impulsively, she responded to a Craigslist ad asking for a carpenter’s assistant. In this book, she chronicles her career change and meditates on the nature of work in a way that’s just so inspiring and interesting.

When You’re Thinking About Aging/Mortality 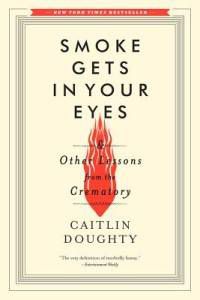 Smoke Gets In Your Eyes (And Other Lessons from the Crematory) by Caitlin Doughty – In her early 20s, Caitlin Doughty took a job at a family-owned crematorium in California. The book is very funny (and often gross), but also an interesting argument for changing our relationship with death and dying.

Knocking on Heaven’s Door by Katy Butler – In order to have a routine but necessary medical procedure performed, Katy Butler’s aging father was fitted with a pacemaker. This pacemaker kept his heart beating strongly while his mind and the rest of his body began to fail. Butler uses her family’s experience with the medical industry to look at the culture of over-intervention and how it affects our choices as we age.

When You’re Reading Through Grief

The Year of Magical Thinking by Joan Didion – This book, Joan Didion’s account of the year after her husband John Dunne’s sudden death, is incredibly difficult to read. But it’s also one of the best books I’ve ever read that captures the irrationality that is a hallmark of deep grieving and manages to recount their relationship with deep love and tenderness.

Wave by Sonali Deraniyagala – On December 26, 2004, Sonali Deraniyagala and her family – her husband, her two sons and her parents – were vacationing at a beach resort in Sri Lanka. In just a few frantic, horrifying minutes, her entire family was killed in as a devastating tsunami ravaged the landscape. Deraniyagala’s prose is clear and simple, but her emotions reach out from every page.

P.S. The framing of this list isn’t to say that you can’t read this books at different times – you do you, obviously! – but to recognize that life experiences affect how we read certain books and can affect the impact. Enjoy!