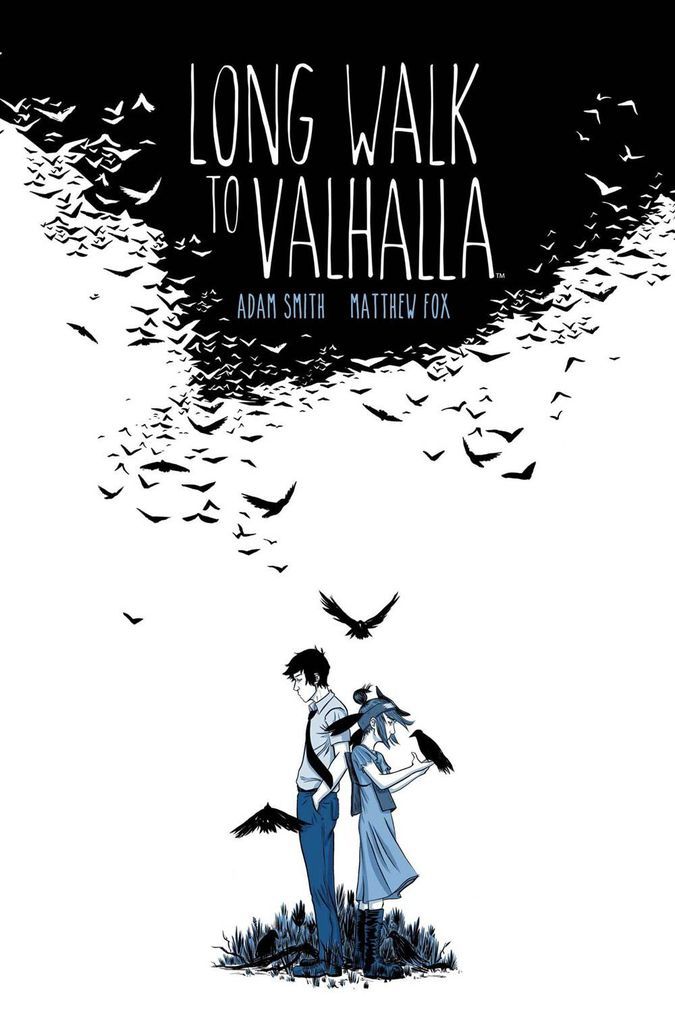 Each year, I attend an industry conference called Book Expo America, or BEA, in New York. It’s where booksellers, publishers, librarians, and members of the media get together to talk books every year, and each year, I come away with a sense of what the books I want to read over the next six months will be. In no particular order, here are the comic books and prose “geek” books I’m most looking forward to. And I’m sorry in advance for what this is going to do for your to-be-read list.

This comic is GORGEOUS. That’s all there is to it. Even before I knew what the story was, I knew just from flipping through the book that I had to read it. It’s a heavy hardcover, and it just feels so substantial, and the pages are rich with ink. Definitely one to pick up.

Yes. A memoir from Felicia Day. I’ll be reading this for sure. (And if you don’t know who Felicia Day is, well, you’re probably not someone who Internets in the geek sphere a whole lot. But you should Google her and watch some of her stuff because she’s really fun.)

The Story of My Tits by Jennifer Hayden (Top Shelf Productions, September 29)

Despite the “titillating” nature of this memoir title, it’s actually a bit more sobering—the story of Hayden’s struggle with breast cancer. This looks incredible; I can’t wait to sit down with it. I’m obsessed with graphic memoirs, especially by women, plus that title is great and is an indication of the sense of humor the book will have.

While I have to ask WHY IN THE WORLD Jim Butcher is working on something other than The Dresden Files, I’m excited to see something new from him. This looks to be the beginning of an entirely new series.

A Black Widow YA novel. Written by Margaret Stohl. Yep, that’s pretty much all I needed to know to want to read this one.

Ernest Cline wrote Ready Player One. If you haven’t heard it, look it up. We’ll wait.

As far as “geek” prose books go, Armada is probably one of the most highly anticipated of the year. It’s got pretty high expectations though, so it’ll be interesting to see whether it’s as widely loved as Cline’s debut.

Daniel Jose Older is a favorite of our sister site, Book Riot (and he’ll be at Book Riot Live, our in-person New York event!), and there’s a great reason for that: he’s just an awesome writer. Shadowshaper is a diverse YA paranormal mystery, and if that doesn’t make you want to read it, well, then I can’t help you.

YA graphic memoirs are becoming a thing, with the success of Raina Telgemeier and Cece Bell, and I’m so glad. I don’t know a ton about this graphic memoir, as I’ve only seen a sample rather than the full thing, but you can bet I have my eye on it.

Between the World and Me – Ta-Nehisi Coates (Spiegel & Grau, September 8)

You might be reading the description of this book, which is nonfiction about race in America, and be wondering “Why in the WORLD is this on a list of books comics lovers would enjoy?” Well, because Ta-Nehisi Coates is sharp, smart, and a huge comics fan. He writes about comics all the time at The Atlantic. He’s incredibly insightful, and I know this book will be amazing, so I’m including it just because.