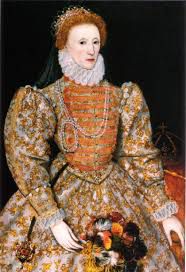 This is it. This is the year. I’m finally going to read the Wonder Woman stories that I’ve already kind of been spoiled for.

It started out with being intrigued by Jill Lepore’s book, The Secret History of Wonder Woman which was kind of more about alternate lifestyles and Margaret Sanger than Wonder Woman, but whatever. It was after listening to that book that I knew I couldn’t hold off on reading the Amazon’s story anymore. She was not only the most famous female superhero ever, but she was a trendsetter, a revolutionary, and *gasp* a working woman. For the period of her origin, she was a pretty forward thinker (with some exceptions, from what I could tell). She was just cool.

Why had I been holding off in the first place, you say?

For some reason that baffles me, I have this thing with DC characters that I’ve never felt with Marvel: I have to start at the beginning. Yes, I did skip around with Batman and Superman, but that’s because starting at the beginning is just a little more difficult. Also, there are just so many origin stories for both—I just didn’t feel the need to start there when Superman didn’t even reveal his origins until long after he was an established character. Wonder Woman, on the other hand, is just one of those stories that I really felt the need to know in her entirety, from the beginning to her extremely substantial middle.

So, after finishing Secret History, I went through the process of acquiring all three volumes of the Wonder Woman Chronicles, which is not every issue ever printed in the Golden Age, but it’s close.

Once I’ve made it through those three hefty volumes, I’ll have more of a foundation of Diana as a character and a superhero. With that, I can go through some of the titles from the ’80s, and try to get a general understanding of the journey Wonder Woman has taken. I might even try to get my hands on the great Lynda Carter. Well, her show, not her. And finally, though there have been reservations about the New 52, I will definitely try out Blood, Guts, etc.

After that, I’ll round it out with some of the most popular of the past year: Sensation Comics featuring Wonder Woman, Legend of Wonder Woman, and Bombshells. I know that Bombshells is not strictly Wonder Woman, but I’m planning on reading it anyway when the trade is released, so I had better include it in this rundown, right?

What are your favorite Wonder Woman stories?