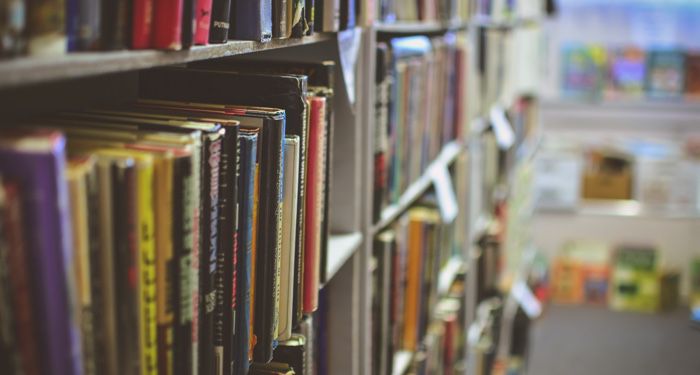 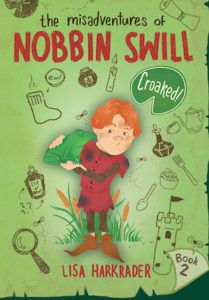 Nobbin is now Prince Charming's assistant, though he's unable to assist him when things go awry saving Princess Angelica. After that, Sir Roderick thinks the princess needs training and advises the king to send her away to a queen who can educate her. The king has doubts, but the queen suddenly shows up with her son, Figbert. They both torment everyone until, one day, Figbert disappears. Nobbin suspects Sir Roderick. They finally find Figbert, but he's not like they remember. He's smaller, rounder, and, much greener. Can they find out who turned him into a frog and crack the case?

When did young adult books first begin? Some people would probably say in the 2000s with the massive success of Twilight and Hunger Games. Others might point to the late 1960s and 1970s, often called the first Golden Age of YA, with The Outsiders. Or people could even go back to Catcher in the Rye with its teenage protagonist. We often think of genres and literary categories beginning with certain books. And that isn’t wrong. But until recently, I didn’t know what a big role librarians had in forming (and naming!) this category of books about teenagers and written for teenagers (even though now YA is widely read by adults as well).

The category of YA can be traced back to two New York Public Librarians: Anne Carroll Moore and Mabel Williams. Anne Carroll Moore was the first Children’s Librarian for the New York Public Library. She started in 1906, innovating the relationship children and teenagers had with libraries and pushing for changes within children’s literature. In particular, she argued that books for children should be both entertaining and factual, rather than the morality tales that were popular at the time. She also famously hated Goodnight Moon, but that’s a whole other story. How did she help invent YA books, you ask. She saw that older children (aka teenagers, even though they didn’t use this word yet) stopped coming to the library. And she wanted to stop it and encourage young people of all ages to keep using the library. That’s where Mabel Williams comes in.

In 1919, NYPL librarian Mabel Williams was charged by Anne Carol Moore with creating special shelves full of books of interest to teenagers. Unlike today, there was no literature being written specifically for them. So Mabel Williams pulled books from both the adult section of the library and the children’s section that she thought would be interesting to teens and created browsing shelves specifically for this age group. Now they didn’t have to choose between a babyish children’s section and an adult section out of place in. In 1929, the shelf selections transformed into a published list named the NYPL Books for Young People. Later it was called Books for the Teen Age. It’s an annual list that the New York Public Library still publishes today.

Margaret Scoggin is another librarian from New York Public Library who helped define and create YA books as a category. In fact, she is the one who introduced the term “young adult” into the book world. Margaret Scoggin became the first head librarian at New York’s Nathan Straus Branch in 1941, a library that was created just for teens. She envisioned creating library spaces where teens would feel comfortable to hang out and be themselves. She also wrote extensively for the Library Journal, including a column originally called Books for Older Boys and Girls and changed in 1944 to Books for Young Adults. Until the 1970s this list featured almost exclusively books written for adults that she thought would appeal to younger readers. The terms “teens” and “young adults” would be used interchangeably until 1957 when the American Library Association created their Young Adult Services Division (also known as YALSA).

The Great Society & The First Golden Age of YA

By creating spaces both physically and through book lists aimed at teen readers, all three librarians created a market for YA books by showing that there was an audience of readers that publishing ignored. This market only increased in 1965 when President Lyndon Johnson’s Great Society program dramatically expanded library funding. With librarians choosing to invest in the new young adult category, the before mentioned first Golden Age of YA began. This brought about authors like Judy Blume, Lois Duncan, Robert Cormier, and many many more.

Other Librarians Who Advocated for Young Adult Books

Young Adult books have decreased and increased in popularity since then, but they’ve stayed a staple of libraries and books published since the 1970s. Two other librarians who also are recognized with helping to advocate for this category are Margaret A. Edwards and Michael L. Printz. Margaret A. Edwards was a pioneering YA librarian in Baltimore who used Margaret Scoggin’s book lists to engage teen readers, holding book talks, career fairs, and even hiring a horse and carriage to bring her young adult collection to the streets for teens too far away from the library. It’s harder to find information about Michael L. Printz. But he was a high school librarian from Topeka Kansas and YALSA member who championed the importance of books for teens. Both Edwards and Printz have awards named after them from YALSA to honor exceptional YA authors and books each year.

These are just five librarians who helped develop the category of YA books. But undoubtably there are many other librarians we don’t know the names of who contributed to YA as well. Through acquiring and recommending books for teenage patrons many librarians helped the category begin, grow, and flourish.