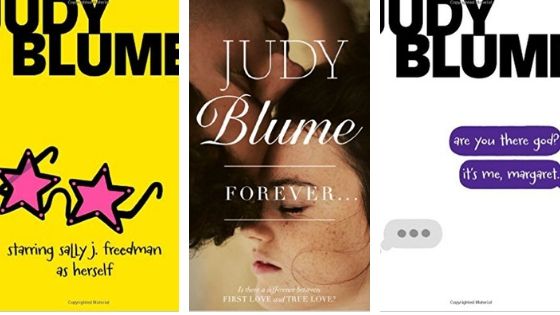 Judy Blume was my generation’s J.K. Rowling. There may not have been wizards and owls, but Judy Blume books held magic of a different kind: someone who got us. Someone who wrote about the things that we actually worried about. Someone who made us feel grown up by writing about things that we didn’t always completely understand, but that we knew were coming for us in the next year, or in two years, or hopefully, maybe one day, at some undefined point. Someone who made us want to read: all her books, and then all the others in the world.

Generations later, and with redesigned covers, Judy Blume books still have so much to offer to readers of all ages. Many of us remember her from our teen years, but she has also written for children and for adults. She published her first book, The One in the Middle is the Green Kangaroo, in 1969, went on to publish 13 more in the next decade, and has written 30 books in total. Her most recent is the 2015 novel In the Unlikely Event, which was inspired by her experience of living in Elizabeth, New Jersey, in 1952, when over the course of a few months three separate planes crashed into the town. 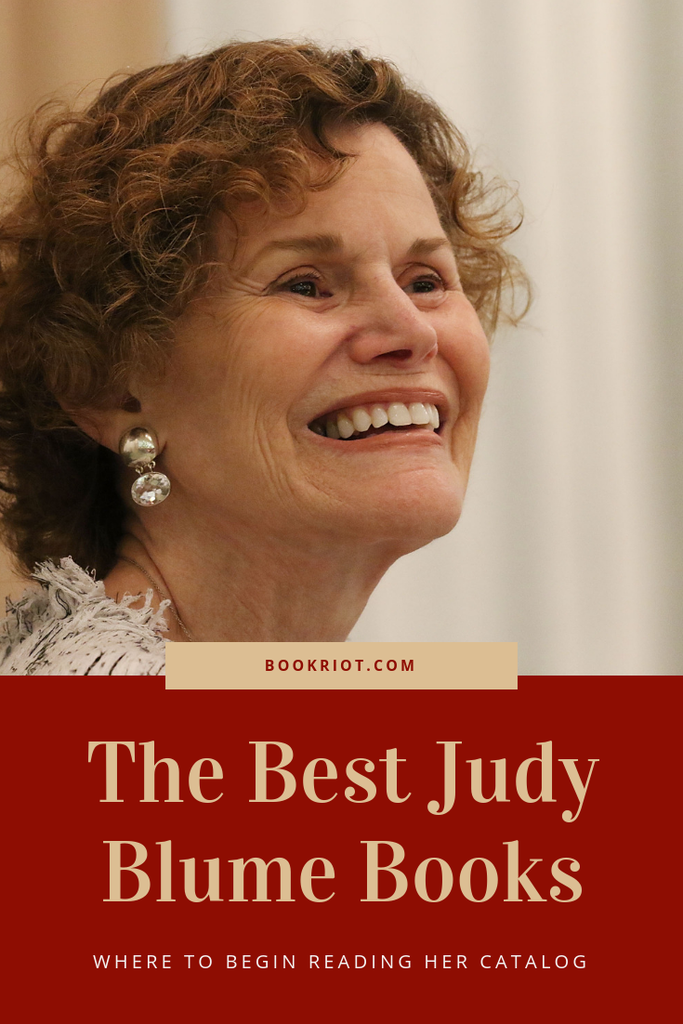 If you’re new to Judy Blume, or you just want a refresher, where do you start? Here are my suggestions.

The Gateway Drug, or, The One About Periods 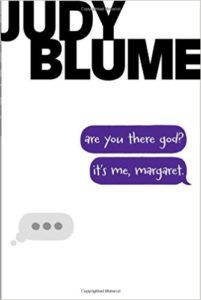 Are You There God? It’s Me, Margaret

The first Judy Blume book I picked up, paying 10 Belgian francs (i.e. very little) for a battered second hand copy, was this one. I grew up in a Christian family, so I was probably drawn by the idea of novel about a girl who prayed. For me, seeing a version of my relationship with God in a mainstream novel was important. Margaret, who isn’t sure she wants to be Jewish like her dad or Christian like her mum, talks to God about everything, including that most crucial of questions: when will her period arrive? Decades later I still find myself smiling at lines from the book. Who can forget the chant of we must, we must, we must increase our bust? As a preteen myself, it helped prepare me for the delights of puberty. If I had a preteen daughter, I’d definitely use this book to open up the conversation about her changing body.

The Teen Classic, or, The One About Losing Your Virginity 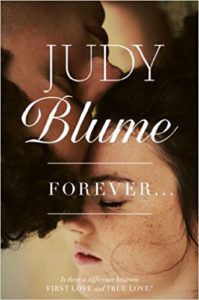 For a generation that grew up without the benefit of Google, Forever was essential reading. You had to wait months to get it from the school library, and all the copies fell open at the same well-worn page. The book’s publisher says it best: “Forever is still the bravest, freshest, fruitiest and most honest account of first love, first sex and first heartbreak ever written for teens. It was a book ahead of its time – and remains, after forty years in print, a teenage bestseller from the award-winning Judy Blume.” It’s also the reason I can never keep a straight face if I’m introduced to someone called Ralph. 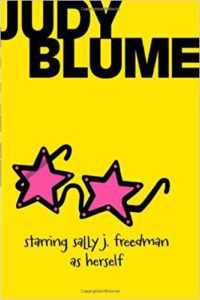 Starring Sally J. Freedman as Herself

No doubt about it, Judy Blume is a superhero, and like all superheroes, she has an origin story. If you’re interested in that origin story, Starring Sally J. Freedman as Herself is a great place to start. Judy Blume talks about this book being her most autobiographical novel. Like Sally, Judy grew up Jewish and worried that there would soon be another war like the one which had just ended in 1945.  “When I was nine and ten I was a lot like Sally – curious, imaginative, a worrier,” she writes. “I was always making up stories inside my head. In my stories, which I never wrote down or shared, I was brave and strong. I led a life of drama, adventure and fame. I think the character of Sally explains how and even why I became a writer…Sally’s world is the world as I perceived it, at age ten. A world of secrets kept from children, a world of questions without answers.”  This experience of secrets kept from children underpins a lot of Judy Blume’s fiction – it’s an explicit theme in some, but I think it also goes a long way to explaining why back in the ’60s and ’70s, her writing delved into topics that children and teenagers weren’t supposed to be aware of, let alone discuss.

The One About Friendship 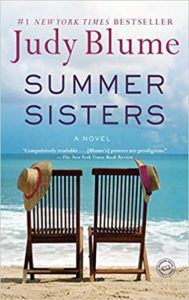 Summer Sisters was the third of Judy Blume’s novels for adults, first published in 1998. It tells the story of two friends who spends their teenage summers on Martha’s Vineyard together, until a local boy changes everything between them. One of the benefits of a novel featuring adult characters is that you can trace the development of a friendship over many years, its ebbing and waning, and the things that challenge it and grow it, and how a broken friendship can be every bit as painful as a romantic breakup, particularly when it’s a lifelong one.

The Most Recent One 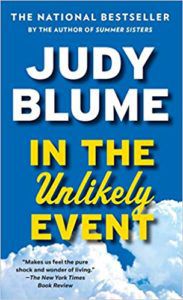 In the Unlikely Event

In the Unlikely Event is a  sprawling novel with a big cast of characters, and anchoring the story is fifteen-year-old Miri Ammerman. Miri’s character brought back on a visceral level why I loved Judy Blume’s teenage characters when I was growing up: she understands them so well, and returns again to an era where kids were shielded from the truth, in an effort perhaps to protect them, or perhaps to avoid awkward conversations – and although I grew up decades after Judy, my family operated the same kind of policy. Maybe that’s one of the reasons why I relate so deeply to so many of the characters in Judy Blume books – that, and the fact she often writes, as in Deenie and Blubber, about kids who are, or feel themselves to be, different. I always felt like the odd one one. But Judy got me. And, as another Rioter has written, she still gets us now.

Want even more? Here’s a full list of books by Judy Blume.

What are your favorite Judy Blume books?