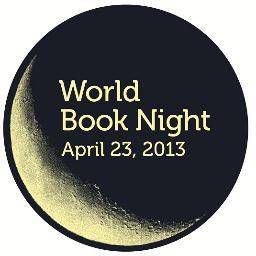 World Book Night is an international “celebration of books and reading” wherein volunteers give away books to those in their community who are not regular readers. Last year, over 80,000 people signed up to be book givers, and over 2.5 million books were given away across the United States and parts of Europe. Next year’s World Book Night has been scheduled for April 23, 2013, and today the list of giveaway books was announced.

How Are the Books Selected?
“Each year, 30 books are chosen by an independent panel of librarians and booksellers. The authors of the books waive their royalties and the publishers agree to pay the costs of producing the specially-printed World Book Night U.S. editions. Bookstores and libraries sign up to be community host locations for the volunteer book givers.” (from the WBN website)


The Handmaid’s Tale by Margaret Atwood
City of Thieves by David Benioff
Fahrenheit 451 by Ray Bradbury
My Antonia by Willa Cather
Girl With a Pearl Earring by Tracy Chevalier
The House on Mango Street by Sandra Cisneros (both English and Spanish editions)
The Alchemist by Paulo Coelho (also available in both English and Spanish editions)
The Language of Flowers by Vanessa Diffenbaugh
The Worst Hard Time by Timothy Egan
Bossypants by Tina Fey
Still Alice by Lisa Genova
Looking for Alaska by John Green
Playing for Pizza by John Grisham
Mudbound by Hillary Jordan
The Phantom Tollbooth by Norton Juster
Moneyball by Michael Lewis
The Tender Bar by J.R. Moehringer
Devil in a Blue Dress by Walter Mosley
Middle School: The Worst Years of My Life by James Patterson
Good Omens by Terry Prachett and Neil Gaiman
The Lightning Thief by Rick Riordan
Population 485 by Michael Perry
Montana Sky by Nora Roberts
Look Again by Lisa Scottoline
Me Talk Pretty One Day by Me Talk Pretty One Day
The No. 1 Ladies Detective Agency by Alexander McCall Smith
Glaciers by Alexis M. Smith
A Connecticut Yankee in King Arthur’s Court by Mark Twain
Salvage the Bones by Jesmyn Ward
Favorite American Poems edited by Paul Negri

How Do I Sign Up as a Giver?
You can apply to be a giver on the World Book Night website.