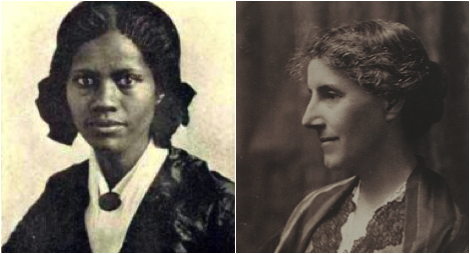 Book Riot is featuring ways to be a literary activist this week. See all the posts here.

On January 8th, 1868, Susan B. Anthony and George Francis Train launched the first woman’s suffrage newspaper in the U.S. — The Revolution — with the slogan “Women, Their Rights, and Nothing Less.” Between 1878 and 1890, 33 woman’s suffrage newspapers followed suit. From the beginning of the movement, writing helped women share with other women their outrage at patriarchy and their struggles for equality.

They were literary activists.

But journalism wasn’t the only kind of literary activism early feminists used. Many turned to novels, poetry, letter writing, and other written forms. Yet even with their amazing contributions, it took 72 years after the Seneca Falls convention before women finally acquired the right to vote with the ratification of the 19th amendment. 72 years!

In honor of these women, I’ve compiled a list of literary activists of the suffrage movement. So many women contributed their creative energy and literary talents to this movement; this is only a small number. 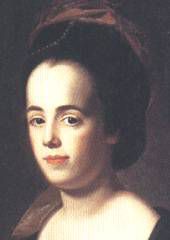 Judith Sargent Murray. An essayist, playwright, poet, and letter writer, Murray’s considered one of the earliest feminists, and her seminal essay “On the Equality of the Sexes” predates Mary Wollstonecraft’s A Vindication of the Rights of Woman. Murray asks in her most famous essay:

Is it reasonable, that a candidate for immortality, for the joys of heaven, an intelligent being, who is to spend an eternity in contemplating the works of the Deity, should at present be so degraded, as to be allowed no other ideas, than those which are suggested by the mechanism of a pudding, or the sewing the seams of a garment? Pity that all such censurers of female improvement do not go one step further, and deny their future existence; to be consistent they surely ought. 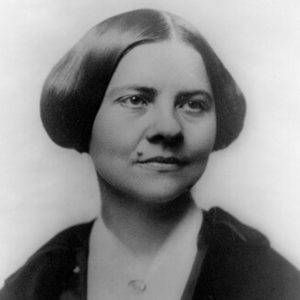 Lucy Stone. A powerhouse of woman’s suffrage, Stone’s contribution to the movement is considered as significant as Susan B. Anthony’s and Elizabeth Cady Stanton’s, though she did not always agree with them (particularly over the passing of the 15th amendment). In terms of literary activism, Stone edited the most important journal of the movement — Woman’s Journal. Founded by Stone and her husband Henry Blackwell in 1870, she edited the journal until she died, but it continued after her, eventually picked up by Carrie Chapman Catt. By 1915, it had thirty thousand readers. This weekly journal kept women across the U.S. informed of the latest news concerning women’s issues and the suffrage movement, from child labor laws to anti-suffrage machinations.

In education, in marriage, in religion, in everything, disappointment is the lot of women. It shall be the business of my life to deepen that disappointment in every woman’s heart until she bows down to it no longer.

And you were successful, Lucy Stone. 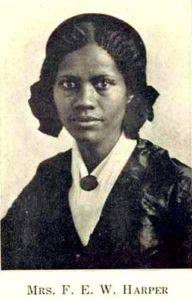 Frances Ellen Watkins Harper. Abolitionist. Aided the underground railroad. Woman’s suffragist. Poet. First black woman to publish a short story. Co-founder of the National Association of Colored Women (NACW). In other words, a badass writer extraordinaire. She refused to bow down to any discrimination, and used her words to fight oppression in all its forms. Here’s the final stanza of one such poem:

No golden weights can turn the scale
Of justice in His sight;
And what is wrong in woman’s life
In man’s cannot be right.

–From “A Double Standard” 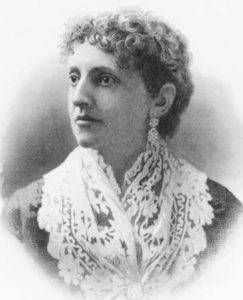 Lillie Devereux Blake. A novelist and journalist, Blake led the New York Suffrage Association, among other suffrage organizations. She was the primary contributor to Elizabeth Cady Stanton’s Woman’s Bible, and her fiction often subversively questioned gender norms. She believed the woman’s movement should apply itself to broader concerns instead of fixating on the right to vote, which at times put her at odds with Susan B. Anthony.

We are tired of the pretense that we have special privileges and the reality that we have none; of the fiction that we are queens, and the fact that we are subjects; of the symbolism which exalts our sex but is only a meaningless mockery. 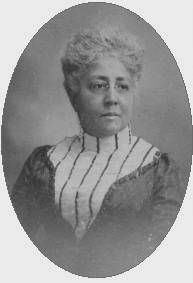 Josephine St. Pierre Ruffin. With the help of Ida B. Wells, Ruffin founded the New Era Club, an advocacy group for black women. And for the club, she edited the first newspaper published by and for black women — The Woman’s Era. She’s considered one of the leading activists in organizing black women to woman’s suffrage, and directly addressed the racism of the movement:

Too long have we been silent under unjust and unholy charges . . . Year after year southern women have protested against the admission of colored women into any national organization on the ground of the immortality of these women, and because all refutation has only been tried by individual work, the charge has never been crushed . . . It is to break this silence, not by noisy protestations of what we are not, but by a dignified showing of what we are and hope to become, that we are impelled to take this step, to make of this gathering an object lesson to the world.

Read Let Nobody Turn Us Around: An African American Anthology 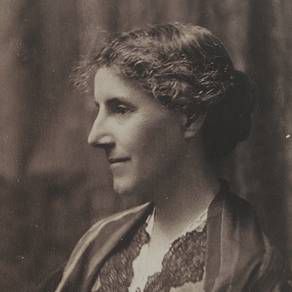 Charlotte Perkins Gilman. Remember reading “The Yellow Wallpaper”? Then you know the power of Gilman’s words. If you were as moved and haunted by that short story as I was, then you should read more. Her 1898 piece of investigative journalism Women and Economics was incredibly important for twentieth-century feminism. And Carrie Chapman Catt considered her one of the most influential woman’s rights activists.

Only as we live, think, feel, and work outside the home, do we become humanly developed, civilized, socialized.

Read Women and Economics, The Yellow Wallpaper and Other Stories, and Herland