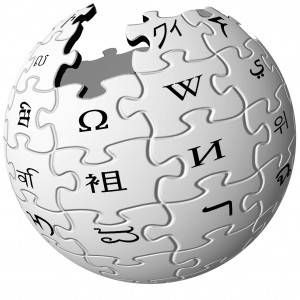 Let’s print out the English-language Wikipedia in one thousand 1200-page volumes. Let’s do it RIGHT NOW.

You guys, I had to come and share this with my Book Riot tribe because I honestly thought this was a spoof, parody, or joke. And now I feel bad because these people all seem really earnest and lovely, but I also think they’re wildly missing the point, both of Wikipedia and of books.

So: CBC Books ran a story about a group of people who are raising money to fund the publication of a 1000 volume bound copy of Wikipedia, presumably as it exists in a snapshot moment in time. The goal is to produce a physical object out of Wikipedia’s beautiful, ethereal mess. The minds behind this project are called PediaPress, and they seem to have a established a business making custom books of your favourite Wikipedia articles. Not going to lie: my first thought was that I can finally have a book of all the Firefly trivia in the known universe.

PediaPress is based in Mainz, Germany — interestingly enough, the hometown of Gutenberg and the city where the first books printed with moveable type were made. At first I was all, “Ha! Of course they love print! They’re Gutenberg’s homeboys!” But then I thought, “Wait. Gutenberg’s press was about making text widely accessible and about the amazing wonder of technological innovation. I kind of feel like he would have thought the internet was all that and a packet of bratwurst.”

Myself and I went back and forth about this for ages. On the one hand, 1000 volumes of anything is going to look pretty awe-inspiring and impressive. But on the other hand, isn’t the whole point of Wikipedia that it is nimble, readily editable, open to changing evidence? Without the easy editing, isn’t Wikipedia just a book of sometimes questionably sourced facts? Like Encyclopedia Britannica without the editorial board? (And ain’t no one interested in your old copies of Encyclopedia Britannica. Have you tried to offload a set recently? Good luck!)

Wikipedia is exciting and useful because internet. If you take the internet out of Wikipedia, you’ve got nothing.

So what is this all about? Another example of how we fetishize the book even when the book isn’t the best medium? I’d love to hear what Rioters think about all of this.

If you think I’m wrong, and that this is a project you want to get behind, you can fund the Indiegogo project here.