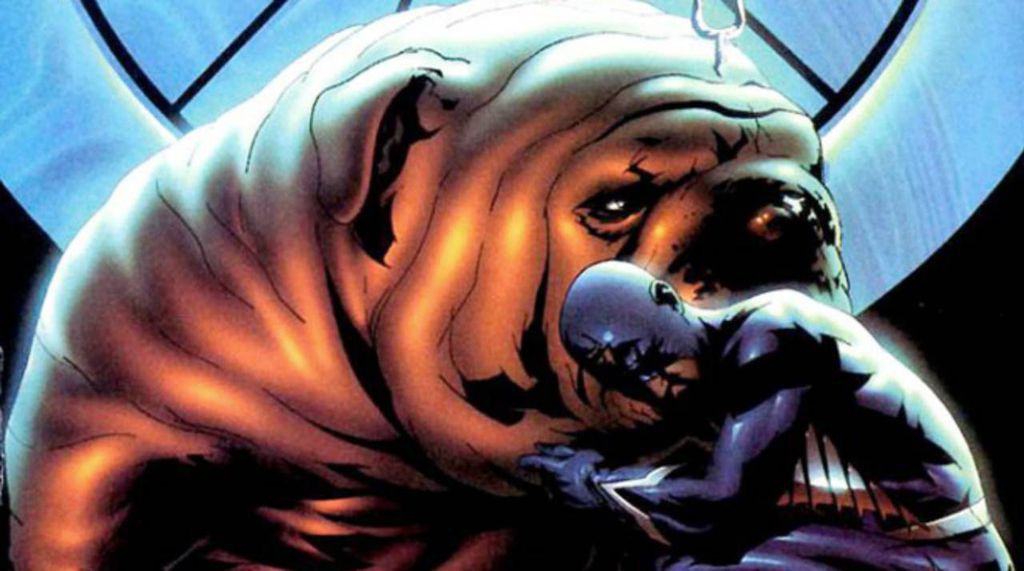 We need the Inhumans. 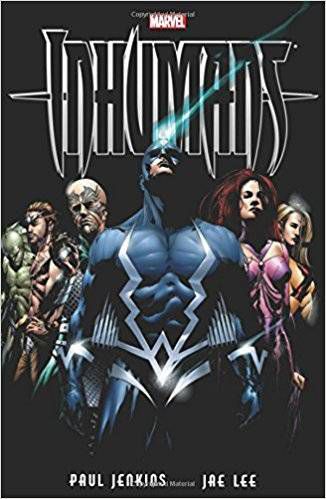 Maybe not the incarnations currently gracing the large, and soon small, screens; those guys have neither the presence nor the gravitas (yes, fine, mea cupa, I was fooled by that one trailer) to truly represent either the characters or the sweeping drama in which they’ve existed for five-plus decades. If you want that, I’d recommend picking up Paul Jenkins and Jae Lee’s The Inhumans or Saladin Ahmed and Christian Ward’s current ongoing Black Bolt. Or even some of the Shakespearean and Greek tragedies (but that’s another article. No, seriously. I have a list and everything).

That’s not why we need them though.

We need the Inhumans because they are a mirror we can hold up in order to examine our progress as a society. To trace our progress as regards the place of the “other” in our (our = the larger society here, friends) national culture, a gauge of how far we’ve come.

Or, more accurately, sadly, our lack of progress.

The Inhumans first appeared in Fantastic Four #45 in December in 1965. They were created by Stan Lee and Jack Kirby and they were created other. The Kree, an alien race who, in the long and storied history of the Marvel cosmos have never been able to mind their own damn business, discovered proto-humans during the first Kree-Skrull War and decided to experiment upon them. Hoping to develop canon fodder to throw at their enemies, the Kree spliced Eternal DNA into Cro-Magnon specimens who had been invested with genetic potential by the Celestials (all powerful, also unable to mind their own damn business). The Kree were successful in their endeavors but for some unknown reason, abandoned their test subjects to their own devices and peaced out back to Hala.

The Inhumans did fine on their own, forming a closed society which remained secluded from mainstream humanity, by choice, on the island of Attilan. When Triton, one of HRH Black Bolt’s cousins, was briefly captured by humans, Black Bolt became concerned about discovery and relocated Attilan to the Himalayas. He continued to relocate the settlement every time humanity got close including such remote locations as the “Blue Area of the Moon” (what, you didn’t know there was such place?), and even making a play, at one point, for the ancestral homeland of the Kree Empire.

Look, I’m not saying Black Bolt always did things the right way but his motivations? Hard to question. He was afraid his people were going to be captured and cut apart for study or used against their will for their abilities. Which is exactly what happened every time some fool human happened upon one of the Inhumans. The first thing S.H.I.E.L.D. did upon receipt of stolen Terrigen Mist, for example, was to toss Gorgon, another of Black Bolts cousins, into it just to see what would happen. The result was torturous alteration of his body and the the decimation of his mental faculties.

The Inhumans have always understood a fundamental truth of humanity: those in power, maybe even the vast majority of us—when they see something they want, will take it, from territory to technology to lives.

How, you may be asking, is this relevant?

Maestro, if you please, a very brief survey of what happened to the “other” in real world 1965 prior to the first appearance of the Inhumans:

Am I saying I agree with the way in which China violated the rights of its citizens? I am not. Do I believe the Dominican people were served by a military coup? I do not. Putting opinion aside, however, you can see my point: our first instinct when confronted with the “other” is to try to shove that other aside or, worse yet, put them down.

I feel like I should start this next section with a caveat: I don’t like this Hydra Cap thing any more than anyone else. I think Nick Spencer is a pretty deplorable presence in the Marvel world and I wish they would give all of his books to other people. I mean, I stopped reading Captain American: Sam Wilson because Spencer was writing it and…gah.

The whole thing is a travesty, but even travesties can teach us something.

Case in point: the manner in which the Inhumans who decided to remain among their human brethren, many of whom have done so to risk their lives attempting to protect those same humans, have been treated not just by the Hydra regime but by their fellow citizens.

Let’s take a look first at Champions #10 (Mark Waid, Humberto Ramos). Some websites called it a “stumble” but I disagree.

In the issue, the Champions (Amadeus Cho, Miles Morales, Viv Vision, Kamala Khan, Scott Summers redux, Sam Alexander), liberate an Inhuman internment camp. An internment camp in New Mexico. Sound familiar? It should. Feeling these Inhumans, who are simply trying to go about their lives, who have put their faith in their fellow people rather than fleeing to Attilan despite Medusa’s offer and warnings, are a danger to the state, Hydra has locked them in an remote area, behind walls impenetrable to their abilities, and given them barely enough to survive. They are dying slowly simply for being “other.” The Champions liberate the camp, for which the Inhumans are grateful but after which they ask, “Now what?” They can’t stay where they are but there is nowhere safe for them to go. They are marked as “other,” especially those whose physical appearance deviates from the “norm” and there is no way for them to change it, nor do they wish to. They are proud of their heritage, proud of who they are, demanding only that they be allowed to live as they are without persecution and they are being denied the fundamental rights of safety and justice.

There is nowhere for them to find it.

Have we quite come to the point where the government is rounding people up? Isolating them from their families? Throwing them back into danger simply for the fact of being from another country or practicing a religion the vast majority of Americans don’t understand? Removing children from their schools and communities and their parents, parents who have literally risked their lives in the hopes of gaining a better life for the next generation?

In the most recent run of Ms. Marvel, human supremacists have taken control of Jersey City’s government and law enforcement agencies. They have allowed citizens to form roving gangs intended to sweep up Inhumans. They allow an armed, radical faction to act as their agents and have kidnapped Kamala’s brother, Aamir.

He was bringing leftovers to his neighbors.

No one spoke up because Aamir is not only an Inhuman (of which he has no idea); he is Pakistani and he is Muslim.

A man is snatched off his own street by a paramilitary organization with no legal standing. He is detained without explanation. He is never offered council. And then he is displayed, shackled, as an example.

And no one fights back except for Ms. Marvel.

Once more I ask: does this sound familiar?

I’m talking about here. Now. The United States of America in 2017.

We have a president who is targeting children, a mysoginistic pig who throws safety lines to Nazis. To Nazis who terrorize and assault and murder. We are in turmoil yet again or, perhaps more accurately, we have been forced to acknowledge the turmoil never really went away. It’s been here, all along, we simply allowed ourselves to become blind, inured. We let surface politeness and cooperation lull us into complacency. The end of the Cold War, by laws purported to protect marginalized groups. The legalization of same sex marriage in many states and in other nations.

I almost wish I could ask the question: Is this who we want to become?

I can’t. I can’t because it’s who we’ve always been under the polite facade of lip service to freedom and justice—and yes, I know if you’re reading this, you’re probably part of the choir. But the thing happening to the Inhumans in the pages of Ms. Marvel and Champions? It is happening to friends. To neighbors. To our families and our children.

We owe them more than silence.

“First them came for the Socialists,” Martin Niemöller wrote, “and I did not speak out because I was not a Socialist…”

Let the Inhumans be a warning and a promise. “First they came for the Inhumans. And I looked and I saw and remembered, and I did not allow it to stand.”