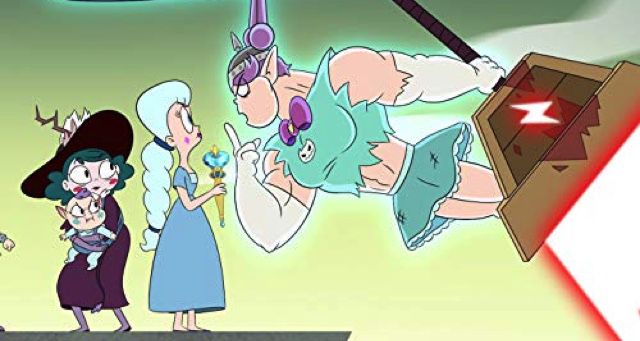 Finding a good magical girl show made in the West is hard, especially when you grew up on some of the classic anime. A person like me has such high standards because I want a good story.

One show came really close. I was so excited when it came out. Now season 4 is coming, and I just feel sadness, and anger. Lots of anger.

Star vs. The Forces of Evil is a Disney XD show that has been airing since 2016. It features Star Butterfly, a magical princess who gets booted to Earth when her parents realize she can’t handle the responsibility of the Royal Wand without setting rainbows on fire. The nearby high school assigns her a guide, the “safe kid” and green belt in karate, a boy named Marco. Monsters attack Star for her wand, and while she beats their brute easily, one with brains is another matter. Star also finds dark secrets about her family, and of her heart.

Naturally, I fell for the show. Magical girls are great. Star for all her mistakes is well-intentioned. Marco, her school guide and “best friend on Earth” kept her grounded in season 1, helping her navigate everything

We got a red flag in season 2, with one character that should have been a harbinger of things to come. I laughed nervously because it felt a bit mean-spirited. But I assumed it would be a one-time joke. Nope. This character returned, and every time the implications would get worse.

We are going to talk in detail about the previous seasons and the upcoming finale, so here is your warning:

Star pays a lot of homage to Sailor Moon, one of the earliest mainstream magical girl animes that reached the states. Star Butterfly gets a parody transformation. She also has a magical wand that receives several upgrades over the season.

Mina Loveberry is introduced with two odangos, like the ones Sailor Moon sports in her Sailor Soldier wear. Her name is a reference to Minako Aino, whose own name means “child of love,” aka Sailor V, the first Sailor Soldier to appear in canon. She’s designed to be an amalgamation of the two, who influenced how we view magical culture.

Creators, why? I am hurt.

Why Mina Loveberry is Disrespectful

Mina Loveberry is introduced as a retired warrior on vacation. Star admires her, since she said Mina is a legend on their home dimension of Mewni. It turns out that Mina is violent, prejudiced against monsters, and unstable; Marco convinces Star that it’s not worth admiring or enabling Mina. Star is heartbroken, especially when they have to part ways.

Unfortunately, Mina keeps reappearing. When, in season 3, Star tries to host a party to mend ties between Mewmans, Mina starts kidnapping the teenage monsters and planning to kill them. In season 4, when another queen and her monster husband settle in as the rightful rulers of Mewni with Star’s support, Mina stages a coup and plans to kill the royals. She’s become the bad guy.

One argument for this character existing is that she’s meant to represent our falling pedestals, and how our heroes can disappoint. Many pedestals have fallen over the past several years and ruined both fictional and real-life aspects for us.

While, obviously, the creators didn’t intend for Mina to be a disrespectful pastiche, she is. Usagi was never meant to be anyone’s pedestal; we watched her as children because she knew she was a failure and grew from her numerous mistakes. She’s meant to reflect who we could be if given the right opportunity and courage. Making fun of her and Minako in such a fashion would be like turning Mr. Rogers into a villain. You know that even 4chan won’t tolerate disrespect towards Mr. Rogers?

If she were just a one-shot joke character, like Marco’s karate rival Jeremy Binbaum, that would be one thing. I could have accepted a cheap shot at my childhood. Loads of shows do that. But it hurts that they take what I love and make it all edgy and counter to the original spirit.

The Journeys Not Wanted 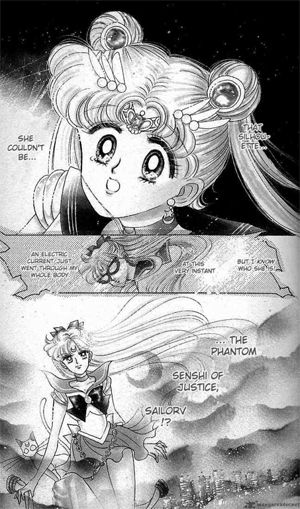 Usagi and Minako have parallel journeys in accepting their responsibilities as leaders in the Sailor Moon and Code Name Sailor V manga respectively. They are girls who enjoy life, their families, and their school life no matter the abysmal performance on grades and the probability that neither will make it to a prestigious college. Minako greets her friends cheerfully every day and mentions that she loves volleyball.

One difference between the girls lies in how their romance lives go. Usagi crushes on the arcade owner Motoki, but soon gets together with his best friend Mamoru, and they become an inseparable couple despite the forces of evil possessing him a few times. Usagi wants her normal life back, which is why when she’s given a chance to restore the Moon Kingdom from the past, she chooses to resurrect her friends. Even so, she never hesitates to transform and fight to protect others. Her grades also improve in the manga, and she gets to attend high school with her friends, to create a better future. Unfortunately, things don’t go according to plan.

Minako, in contrast, finds out that she can’t have romantic happiness, at least not with guys. In her first manga chapter, she has to kill the guy who’s her newest crush because he’s an enemy: a member of the Dark Agency, the predecessor to the Dark Kingdom in the first manga. It becomes a running gag that most of the guys that she crushes on tend to have eyes for other women. Then the last guy she sincerely likes, Danburite, also dies because he happens to work for the enemy, and he can’t just switch sides because he likes being evil too much and is loyal to a fault. Minako accepts that choosing duty over love is her burden, and she will bear it for as long as she is a Sailor Soldier. While she may find love interesting, and pursue it at various times, she is also resigned to the fact that being a hero means she’ll never get what she wants. 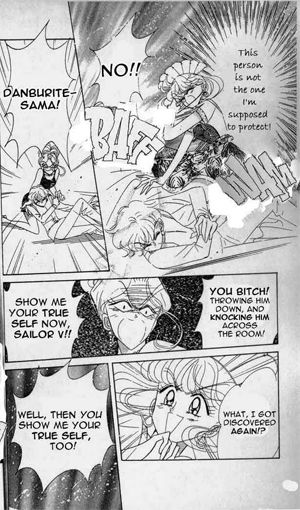 With that said, Minako and Usagi find ways to make meaning out of their new obligations and purpose. While Minako will never find romantic love, she has five girls who are her best friends and always have her back. And when Usagi loses her entire world, she finds a way to remake it.

In the final arc of the manga, Usagi finds her entire world torn away from her, and she makes a very different choice that she confronts in the Dark Kingdom arc. All her friends and loved ones die, leaving her to face the embodiment of chaos itself within a Space Cauldron. She could destroy it, and get rid of all potential evil in the future, but it would also mean getting rid of life and new stars. Usagi knows that this time there are no reboots; she can’t restore the realm of ordinary Tokyo, or her high school. Instead, she merges with the cauldron to purify it, and usher in a new era, and create the future that visited her several arcs before. Her friends and loved ones return from the dead (again), with a promise that this future will be better.

The Sailor Moon anime took a similar approach. Compared to Usagi, Minako as Sailor V and Venus has to be the responsible one, because she’s been fighting regular crime as well as monsters for a few more years. She’s never had a chance to be normal onscreen; in England, she teamed up with a cop named Katarina but moved away when the cop fell in love with a man that they both liked. When Katarina finds her in Japan and Minako is forced to admit why she let Katerina think she was dead, Katerina apologizes for treating Minako like a child and ignoring her feelings.

The thing is that Minako IS a child. When she falls for guys in the anime, they tend to be enemies, interested in other people, or unavailable for some reason. She even worries that she’s become too hardened to have a pure heart, and tries to prove that she has innate purity. While in the end she doesn’t find the romantic love she wants, she does get the friendship that she needs.

Usagi in the first anime also grapples with more PTSD after season 1. She witnessed all of her friends dying in front of her, and then having to fight Beryl and Metaria alone. Understandably, Usagi’s wish was to resume her normal life, and forget about her responsibility. Luna even wants to leave Usagi alone to remember her hero duties when she was ready. It doesn’t work; Luna has to awaken Usagi to help her fight a new enemy, and despite doing her best, Usagi finds her powers and spirit weakened. It takes her friends nearly dying again to give her the strength for an upgrade, and to take on the enemies without fear. She doesn’t want to face that trauma again, but the only way to confront it is to fight the enemies with everything she has.

That PTSD also comes to a head in the series finale. Once again, the villain of that arc Galaxia kills all of Usagi’s friends and Mamoru. Usagi finds herself cornered, despite new allies called the Sailor Starlights helping her. Instead of destroying Galaxia, she purifies her by reminding Galaxia that she was once a hero and that she’s not just a vessel for a malevolent force called Chaos. Galaxia, when purified, restores all of her friends, and Usagi can go back to high school, and her life with Mamoru and the Soldiers.

Once again, it’s okay to make fun of the other aspects of Sailor Moon. The strangely thematic monsters and henchmen, the transformation sequences, and the long attacks. We all know those are dated, as is the ’90s feel with Ami’s handheld computer, and how the  tropes would become replicated over time.

Making the characters Usagi and Minako into one combined, chaotic villain though? Not cool. Really not cool. It’s all right in fanfic because most people writing fanfic aren’t show writers. But you’re doing it in a show that supposedly pays homage to Sailor Moon, which introduced us to the idea of magical girl as a genre.

I quit Star a while back for different reasons, but Mina Loveberry as the season 4 villain in the finale is the final nail in the coffin. I wanted to love this show to the end, since season 1 is amazing and highly re-watchable.

If you do have no attachment to nostalgia, do check out Star Vs. the Forces of Evil. I do hope that Disney doesn’t parody Mr. Rogers in their next few shows, though.