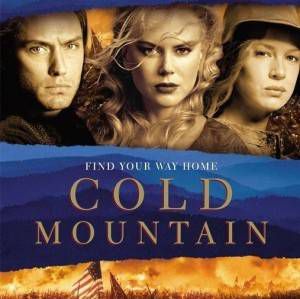 This is a guest post from Ellison Langford. Ellison is a freelance writer and former quidditch player in Gainesville Fla. More often than not, she’s procrastinating over working on her book draft about women’s experiences in defense production during World War II. Follow her on Twitter @_ellison.

But certain media suit certain stories better than others. My college photojournalism professor demonstrated that this way– he showed us a photo of New Yorkers standing in the street watching the Twin Towers fall. The shock was frozen in their wide-open eyes, gaping mouths, and helpless outstretched hands. The story of their reaction was best told by capturing it in a still image, so that others might take time to absorb all the details communicated in that frozen fraction of time.

The story of the towers falling was different. That called for a moving image– where people could see the smoke billowing, the buildings slowly sinking in on themselves before collapsing.

While the imagination can turn words into some semblance of moving images, it has its limits. The mind can only add so much.

I was astonished when I got about half-way through Cold Mountain by Charles Frazier, and thought, “I think the movie was better…” I felt as I was betraying was of my core principles as a mid-level book snob. The theme of Cold Mountain is how the Civil War ravaged the South beyond the battlefields. These images gain a previously untapped power when depicted visually. Granted, the filmmakers did take some license by adding to the source material, and changing what was already there.

But many of the changes were for the better- particularly the horrifying scene where Union soldiers terrorize Natalie Portman’s character Sara. She tells Inman of her wish, not only for the war to never have happened, but for weapons to be taken out of the world altogether. We anguish over her and her absurdly large infant’s fate when the soldiers seem to be making off with the only food left on the farm. Sara’s tears and the baby’s cries beg to be lifted from print to a visually and aurally endowed medium.

And, not to hate on Charles Frazier (he did win a National Book Award, after all) but the movie made some definite improvements on the novel.

Exhibit A– Renee Zellweger. Ruby Thewes is my favorite thing in the history of the world. Like, you know she has seen some shit, but, by God, she is not going to lay down and die. She is going to survive. Roughly half of the best lines in the movie come out of her mouth.

Exhibit B– Ada Monroe is more developed in the movie. I was surprised when I read the book, and she didn’t much care when they sold the piano for food. The filmmakers were wise to turn this into an opportunity for character development for Ada. To show how she was willing to give up her cherished diversion, and last remaining link with her life with her father before the war, to help support she and Ruby’s efforts on the farm.

Exhibit C– The movie’s dialogue is a significant improvement over the book. Granted, every conversation between Inman and Ada is basically quixotic nonsense, but the conversations between people in the film have a depth and revealing capacity about their circumstances that the novel lacks.

Cold Mountain is one of those novels where the chief aim is capturing scope. Character development and plot take a backseat to the hovering presence of theme. Which means things occasionally get a little dull. There’s just not enough going on to sufficiently stimulate your reading senses. The movie adaptation compensates for this by giving you something to look at while you wait for whatever comes next. Unlike a reader, the viewer doesn’t have to do the legwork of constantly keeping in mind the significance of what’s going on, and the landscape that supports it. It’s all right there on the screen.

Does all of this mean Cold Mountain is not a good book? Not at all.

It is a valuable reminder that not all casualties of war are restricted to the battlefield. And a film was a more adept medium of depicting that.