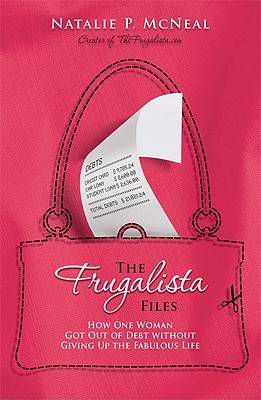 Readers and writers who are upset by real and perceived sexism in book reviews in The New York Times got another plank to stand on this week when a noted reviewer dismissed a new political book as “chick nonfiction.” Let the outrage begin!

Call it chick nonfiction, if you will; this book is not about politics, it’s about marriage, or at least one marriage, and a notably successful one at that.

Kantor, a Washington correspondent for The New York Times, interviewed 33 people connected to the White House to write about the relationship between Barack and Michelle Obama, and how that relationships has a ripple effect on politics around the world.

I haven’t read Kantor’s book, so I can’t say for sure that Brinkley’s critiques about the prose or angle are unjustified. However, by framing his criticism as a gendered issue – using phrases like “strange, gossip moments” or “breezy prose” and describing Kantor as a “reportorial wunderkind” with “gumption” – Brinkley is clearly using the idea of “chick nonfiction” as a bad thing, a way to dismiss the book and the work Kantor put into it.

While I’m definitely angry and annoyed by Brinkley’s snide and dismissive review, I haven’t been able to muster the same kind of outrage at the term “chick nonfiction.” In fact, I’m starting to think that the idea of “chick nonfiction” (taken outside it’s insulting use in this review) is actually a useful term to describe nonfiction that is clearly being written for and marketed to women using much of the same aesthetic that is used in “chick lit.”

Check out these four book covers, all for books that have been published within the last couple of years (three that I’ve read, one that I never got around to picking up):

If you take away the subtitles, which so very clearly show these are nonfiction, the aesthetic of the books is decidedly feminine. I can imagine any of these covers just as easily on a Sophie Kinsella novel. The Frugalista Files was even published by Harlequin Nonfiction, an imprint of a well-known romance novel publisher. I guess my point is that, anecdotally anyway, book marketers already have a certain aesthetic for books that I’d call “chick nonfiction” that they’re adopting, whether or not that’s the best phrase to use.

Instead of being upset by the term, I’ve started to think that “chick nonfiction” seems like it could be a useful term to describe books like these that otherwise don’t have much in common but appeal to a reader looking for a conversational, useful, funny type of book to read.

Just like the term “chick lit” has grown to describe books (both fairly and unfairly) that have a certain look, topic and voice, I think “chick nonfiction” could start to be a useful term to use for the types of memoirs or humorous nonfiction that publishers hope women will love to read. There are obviously risks to that – alienating male readers and readers that look for “serious nonfiction” or dismissing books by and for women as less worthy of critical attention that those written without a specific gender in mind – but it’s not like these sort of risks aren’t already happening by making the cover of your book a pastel cartoon.

There are so many books to choose from, sometimes it’s nice to be able to make generalizations about a book, give it a context that connects it to books with a similar style that readers may want to pick up. I can tell you that most books labeled “chick lit” don’t appeal to me (regardless of my status as a “chick”), but that in the right reading mood, I gobble up “chick nonfiction” the same way my sister devours the newest Meg Cabot book.