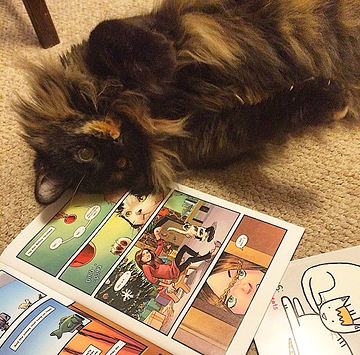 Every week, a different Panelteer will give you a rundown of the comics they’re most looking forward to for the week. Floppies, trades and omniboo are all fair game here. This week, Paul tells us what’s on his pull list.

I love the excess and bluster of an honest-to-Crom sword and sandal tale, and as its name suggests, MacLean’s Head Lopper micro-epic cuts right through the gristle to the very core of the genre. This chapter promises a “mega-arachnid from Hell,” so my mandibles are clicking in anticipation. And dig that terrific, horrific Stokoe variant! Phew!

The Only Living Boy HC by David Gallaher and Steve Ellis

A young lad named Erik runs away from home and finds himself the sole human child capable of saving an unfriendly new world. Add in a mermaid and a bug lady, and you have the makings of a rollicking action fantasy in the spirit of Jack Kirby’s Kamandi.

You’ve likely already heard the superlatives here or elsewhere. But just in case. Vision is a consistently masterful family drama and thoughtful meditation on human frailty. As brilliant a science fiction comic as you will find in 2016, and that is saying quite a lot.

So. How’s about you folks?