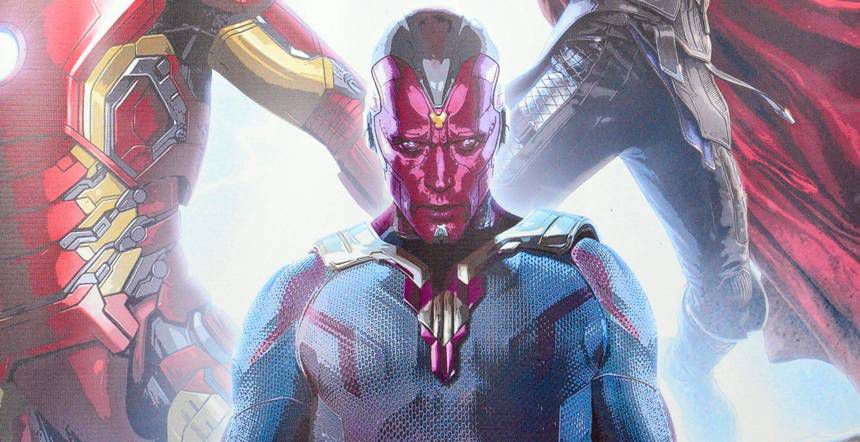 Who am I? Do you want to know? Please?

Through the Panels grapevine I’ve heard that many newer readers and fans of the Marvel Cinematic Universe are clamoring to know, “Who is The Vision and Why Should I Care?” Well I’m here to set your mind at ease. You see, I know plenty about The Vision. And I can easily guide you in what you should care about.

Let’s get you up to speed!

How may I help you, sir?

DO NOT CARE ABOUT THIS.

I think I left my synthetic oven on.

Behold! The power of bland!

DO NOT CARE ABOUT THIS.

Somewhere in this movie is a light switch.

They also had kids who turned out to be imaginary and when they disappeared Scarlet Witch changed the universe with the power of words. The kids are later reincarnated.

PLEASE DO NOT TRY AND CARE ABOUT THIS.

So what’s the big deal and why is Marvel keeping this guy out of the spotlight for so long? Is he going to just wreck the movie with his pure awesomeness? I’m not sure. To be honest, The Vision from the comics just isn’t the most powerful or interesting of characters on the whole. We can only suspect Marvel has something up their sleeves. Let’s remember that back in 2005 when they started talking about an Iron Man movie we scoffed. It wasn’t until the first image of Stark in the Mark 1 suit in the cave did the Internet collectively hold its breath for a second and go, “wait a minute… is this going to be awesome?” And of course, it was. The God of Thunder is on this team, so maybe lightning will strike twice.