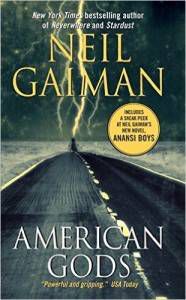 It’s old (but still exciting) news that American Gods is descending to televisions through the mini series from STARZ. I mean, what could be more godlike, more perfectly mythic than telling their stories through stars (even spelled with a z), am I right? The show, like the novel, isn’t going to disappoint.

The only part of American Gods that is disappointing is the fact that the book ends and you must eventually put it down. Or you can carry it around forever. You do you. The great news is that you can take another couple of dips into the world of the novel with its loose sequel Anansi Boys, and through a short story found in the collection Trigger Warning. But the bad news is that you’ll have finished them, too, eventually.

So then what? Where do you turn to satiate your own titanic appetite for that perfect cocktail of mythology and the modern world that Gaiman reveals?

I have some ideas. Three, for starters. I have three ideas. Because I believe in small bites. 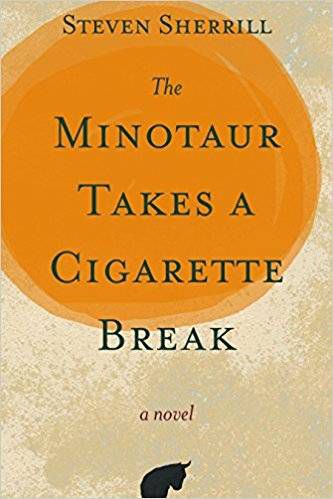 The Minotaur Takes A Cigarette Break will take the edge off of your craving for old gods in new places. It feels like a pretty close cousin of American Gods in ways—the Minotaur (dude with legit head of a bull) is still alive after all these thousands of years, and he’s had to adjust to modern life like the rest of us. Unlike the world of American Gods, the world in which the protagonist “M” lives isn’t populated by his ancient peers. He’s alone. He’s a dude with the legit head of a bull, alone in our world. And he doesn’t really live in secret—people just kind of accept who he is. He passes the time oiling his horns and working the line at a local restaurant, where his coworkers mostly accept him but fall short of understanding him. The feeling is mutual as he struggles to fit in, to form relationships, to find meaning. The mythic touches of the story are so covered with the grit and cooking grease of the real world that his monstrous traits are almost incidental. And buried in that thick chest is a heart that’s amazingly pretty human, and struggles and wants love and wants a place in the world. I loved it, and if you liked American Gods, you probably will, too.

A face is like a fine wine, right? Right??

Neil Gaiman is probably the king of mythic comic books forever, yes, but I tell you true, Eddie Campbell knows his way around that scene. While you flip through the forthcoming American Gods comic, you might as well pick up Bacchus while you’re there. Bacchus obviously follows the goings on of the Roman god of wine, theatre, revelry, and chaos. I’m no Maria von Trapp but those are literally most of my favorite things. But what happens to a rambunctious, celebratory god when he’s walked the Earth for four thousand years? Well. He ends up looking a little like a stocky Clint Eastwood, for starters. He’s tired. He’s a bit salty. He’s old. And he’s got some ancient scores to settle, with Theseus—everyone’s favorite Athenian (as long as you’re not a minotaur—sorry M!)—for example. The artwork has the noir darkness of Sin City and some of the epic scope of The Sandman. While comics aren’t for everyone, it may pleasantly surprise you. 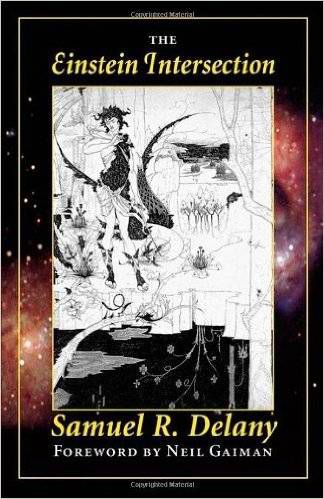 Samuel Delany’s The Einstein Intersection diverges a bit from the feel of American Gods in that it’s not so much rooted in our mundane, modern world. It’s set on Earth, yes. But so far in the future that its original inhabitants are long gone.

A new race has inherited the Earth, but strange cultural remnants manage to grow like beautiful weeds through the cracks in their consciousness. Like American Gods, it shares a central theme and meditation on how myths endure, evolve, and survive.

Pop culture takes on part of the burden of providing sacred stories in this world. Lo Lobey, our protagonist, listens to La Dire as she tells him the story of a mythical Beatle who left his one true love on his search for the great rock that rolled, only he and his fellow travelers were torn apart by teeny bopping maenads that wouldn’t stop screaming their heads off at the Shea Stadiums of our lost world. The Beatle was Ringo, his love was Maureen, and the myth is Orphic in its retelling and even harmonizes a bit with Eddie Campbell’s Bacchus with its Dionysian frenzy. The whole book is mythic, and while it’s an acrobatic twist away from the world of Shadow and Mr. Wednesday, it’s not an uncomfortable leap from American Gods to The Einstein Intersection.

So much of our fiction is richly marbled with myth, and hopefully the three-headed literary dog I’ve presented here will lead you to a rich and beautiful underworld where other gods, other heroes, and other monsters await.