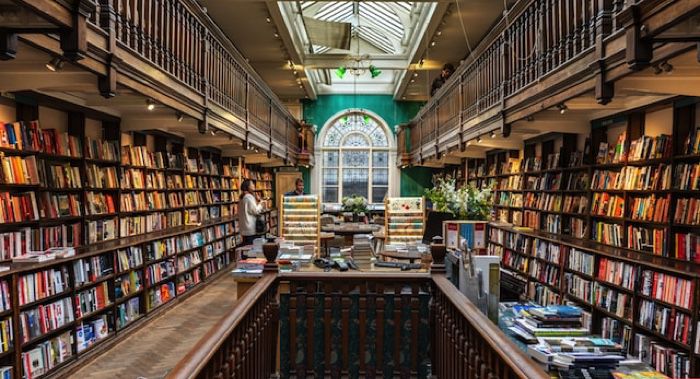 In an industry as volatile as publishing, mergers seem inevitable. With the prevalence of other competing media forms, the industry moves to consolidate in order to survive.

In November 2020, Penguin Random House, the biggest book publisher in the United States, expressed interest to buy Big 5 competitor Simon & Schuster for $2.175 billion. Two years later, the Department of Justice moved to block the proposed merger in a civil antitrust lawsuit. According to the DOJ, the merger of the two publishers would “create a publishing behemoth” that would presumably harm authors and consumers.

Moreover, the DOJ accused the merger of monopsony as it would “cause harm to American workers, in this case authors, through consolidation among buyers.”

In August, the parties went on a three-week trial that elicited some amusing testimonies. In the end, however, the merger was blocked by a federal judge in October.

But if the DOJ failed to foil the merger from happening and the deal did happen, what would it have meant for Penguin Random House, Simon & Schuster, and publishing? What would have been the impact industry-wide? How would authors and employees have been affected with mergers such as this?

Back in 2013, Penguin and Random House joined forces, forming today’s Penguin Random House. These publishers used to be part of the Big 6 of the U.S. publishing industry. At the time, many were thrilled as the new company would have an “unmatched leverage against Amazon.com,” which was hitting its peak. Still, quite a few industry professionals were concerned over the deal.

“When publishing houses merge, the first thing that happens is that the companies will combine their lists. This means that they will take a look at their combined catalogs and decide which titles to keep, which titles to drop, and which titles to add to their respective lists. These decisions are made based on factors like popularity and profitability,” says Sophia Jones, who runs a business consulting firm in addition to being an investment analyst at PiggyBank.

Just a year after the successful merger of the two publishers, 286 employees from the Kirkwood warehouse of the new company — Penguin Random House — were let go due to “consolidation of operations.”

“Companies typically undergo some kind of restructuring process after merging — this could mean reorganizing departments or changing leadership positions at corporate headquarters,” Jones adds. “They may also choose to merge their sales teams and use their combined resources when selling books internationally or domestically in order to increase profits even further.”

That has somewhat bore fruit for the merged company. Today, Penguin Random House is one of the most successful and profitable publishing houses in the world. In the U.S., it became the number one publisher, and the third in the world.

But the noticeable effect of mergers like that of Penguin and Random House is only the tip of the iceberg.

According to Jones, merged companies may also negotiate new contracts with authors and agents. “Publishing houses find themselves in a position of power when they have merged, because they can negotiate better deals with writers who don’t have other publishers lined up yet…”

Jones says that mergers may also lead to reduced competition. “With fewer publishing houses, there will be less competition for authors and books, which means that the remaining companies have more power to set prices.” Jones goes on to say that this might have an effect on authors and publishers as they may have fewer options when it comes to negotiating their contracts, in addition to fewer options when it comes to choosing a publisher. “They may also find it harder to get their books published at all.”

“When information is concentrated in fewer hands, that means fewer points of view,” says Sharon Geltner.“The effect is disastrous for democracy.”

On the publishers’ side, Jones says that they may be able to set higher prices for their books than before because there will be fewer competitors who can undercut them. “Their profits will increase as a result of this consolidation — at least until new competitors enter the market again.”

When the proposed merger between Penguin Random House and Simon & Schuster was first announced, Jones, who recently helped a struggling publisher in her consulting business, thought that it was “unexpected.” “Many wondered if it was because the two companies saw an opportunity to increase their market share…others wondered if there were some kind of financial issues at play that would cause them to need the help of another company.”

On the other hand, the story is different and uncomplicated for independent and less mainstream publisher mergers.

Deborah Farmer Kris, a children’s book author, says it initially “provoked trepidation” when her publisher, Free Spirits Books, had been acquired by Teacher Created Materials, an educational publisher, three months before the release of her picture book I Love You All the Time. Kris says that Free Spirit is a publisher with an “outstanding catalogue, a clear mission, and a reputation for close relationships with its authors” and that she was worried that personal touch, “a hallmark of small publishers,” would get lost along the way.

“TCM is much larger, but they have been intentional and mindful about onboarding Free Spirit authors.  From any early virtual cocktail party to individual outreach by phone and email, they have made sure the authors didn’t get lost in the minutia that comes from merging marketing, sales, payroll, and other operations,” she says.

On the flipside, Geltner thinks that mergers, irrespective of the publisher’s size, can have other devastating effects not immediately discernible. “When information is concentrated in fewer hands, that means fewer points of view,” she says. “The effect is disastrous for democracy.”