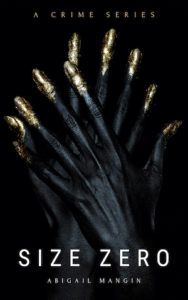 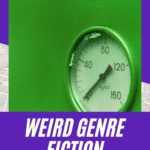 Weird genre fiction is a personal passion of mine. It stems from my days reading Terry Pratchett’s Discworld novels for the millionth time. Pratchett’s work is pretty weird and crosses genres in a light-hearted, fun way. Nothing in Discworld takes itself too seriously, and that’s relatively true of weird genre fiction in general. However, there are more and more weird genre books out now that go more in-depth. Weird genre has become less about “silly” or “fun” and more of a developed genre since the bizarro days of the Discworld.

One of the best things about speculative fiction and weird speculative fiction is that it is full of diversity. Whether that’s the characters, the inspiration, or the authors, it has everything. Weird genre fiction is a big, busy world full of color and individuality. Authors of weird genre books are unafraid to do what they want and write about anything they can imagine, and you’ll find some of the most talented writers in the weirder end of spec-fic.

The books I’ve included in this list have a vast array of weird on their pages. There are anemones that can change your gender, flying cats, and Mayan death Gods. But there are also pages of beautiful writing, diverse authors, and explorations of profound subjects like poverty.

Weird fiction can, and is, used to celebrate one’s inner weirdness. For me, the ocean-inspired weirdness found in books like Binti, Tentacle, and The Trans Space Octopus Congregation, reflect my personal brand of weird. Flying cats? Yes, please, I definitely want one of those. But the best part? Fire-breathing chickens! Looking at you, Nalo Hopkinson.

Celebrate your own—and a talented writer’s—WeirdTM by curling up with a coffee and one of these great books. 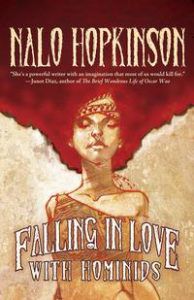 1. Falling in Love with Hominids by Nalo Hopkinson

Falling in Love with Hominids is a collection of short stories by the fantastic Nalo Hopkinson. It’s about as weird as it gets, and Nalo Hopkinson is an excellent speculative fiction writer. There’s a flying cat in one of these stories, and it’s still the story that sticks in my mind the most. 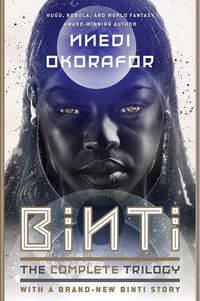 Binti is incredibly popular, and for a good reason. It is an excellent series. The bind-up of the whole series is beautiful, and still, a quick read if you need something shorter. Binti is sci-fi, but there are so many really weird (but awesome!) alien races, I had to include it on this list. 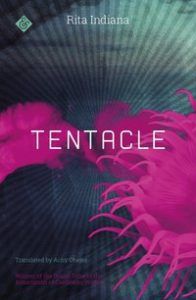 A weird novel, incorporating tentacles, transitioning (female to male), and anemones, Tentacle has been described as having “punk energy.” Sign me up for that! It is also a book about queer politics, colonialism, and poverty, so it definitely doesn’t hide from the tougher issues. 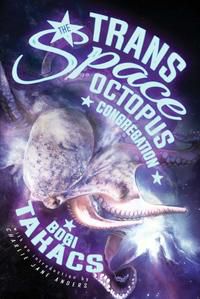 Another short story collection, this one slightly more linked together. Bogi Takács is an excellent trans writer, who writes prolifically in the speculative and trans worlds. There’s an epic story in this collection about sentient octopi who discover a human still living on their planet. 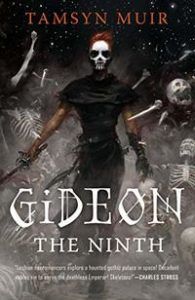 5. Gideon the Ninth by Tamsyn Muir

Turning gender tropes in the fantasy world right on their head, Tamsyn Muir’s book tells us the story of a butt-kicking lesbian heroine, dirty magazines in tow. There’s also a bone witch in this. Oh, and it’s set in space. Plus, there are badass nuns. What more do you want? 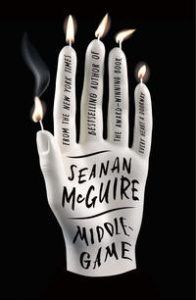 Middlegame is about a set of twins; one is gifted with words, the other with numbers. As Roger and Dodger try to figure out what they are, the concept of attaining Godhood is offered to them. The twins are not quite human and definitely not normal. Alchemist-created, will Roger and Dodger attain Godhood, or will they fail? And when all is said and done, which is worse? 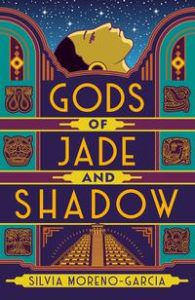 7. Gods of Jade and Shadow by Silvia Moreno-Garcia

Silvia Moreno-Garcia is well-known for her Latinx-inspired novels like Mexican Gothic. Gods of Jade and Shadow is inspired by the Mayan underworld but set in the Jazz Age. It sounds like a delicious mash-up of the Jazz Age and some escaped Mayan Gods causing chaos. 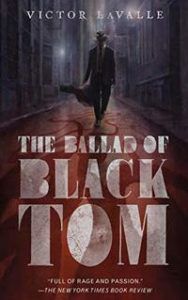 8. The Ballad of Black Tom by Victor LaValle

The Ballad of Black Tom is a retelling of H.P. Lovecraft’s The Horror at Red Hook. The original story is horribly racist, as was Lovecraft, but The Ballad of Black Tom is written by a Black author. It is a Tor.com novella, and the writing is gorgeous. It’s a really atmospheric, sometimes gory read. There is a library in it that gives me grabby hands, and the horror is exceptionally well done.

Looking for more weird fiction? Try the 100 Must-Read Strange and Unusual Novels. Or get to grips with the weird genre itself, with The Beginner’s Guide to the New Weird Genre.