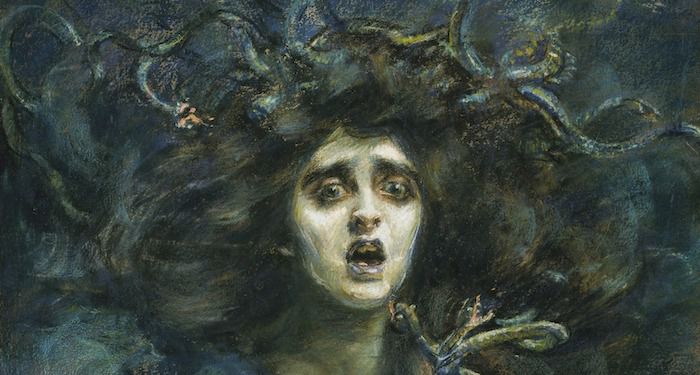 For as long as there have been heroes, there have been villains. It’s an inescapable fact. Of course, it also just makes sense to have a foil to the protagonist. Honestly, who wants to read about the good guy living his normal day to day? Almost no one. That’s boring.

Nowadays though, it’s not enough to simply have a villain; they have to be a compelling one. Sure, at one point, a bad guy was just a bad guy and that was enough to satisfy. But we’ve moved past the archetype of the sneering man with the handlebar mustache, laughing maniacally as he ties a damsel in distress to train tracks.

So, with that said, what makes a good villain?

Now, to be fair, that’s a trick question, since there isn’t one right answer for it. As with almost everything else in the world, it all comes down to the personal preference of the reader. Like what you like, and don’t let anyone tell you that you’re wrong for preferring your villains to be a specific flavor.

Since you’re reading this article, it means that you’re going to be privy to my opinion on what makes a compelling villain. And that is someone with a sympathetic background or origin story.

Now, it still has to be a good background story, meaning it has to tug at the heartstrings in some way. It can’t be something like becoming a villain because you didn’t get the Corvette that you wanted for your Sweet Sixteen. That would just make you spoiled.

No, I’m talking about the villains whose history you get a glimpse into. The ones where you see how they were treated by everyone, including their loved ones. In some cases, you can even see them trying to make the best of whatever their circumstances are. There are situations where people can overcome this and make the best of it. In others though, they just step fully into the dark side.

A good origin story will get me every single time, especially if it’s one where I could see myself reacting the same way. My go-to reference for villains like this is Medusa. I know that there are multiple variations to her story, but I’m going to be focusing on a specific one for the purpose of my argument. And I’m also taking the traditionally set mindset that she is in fact a villain, as that is the role that a majority of the world has cast her in.

The version I’m speaking of is the one where Medusa was a patron of Athena and pledged herself to her. Then, after she “caught the eye” of Posiedon, he assaulted her in Athena’s temple. She turned to Athena for comfort but, rather than finding sympathy from her goddess, Athena blamed her for the attack. As punishment, she was turned into a monster with snakes for hair and the power to turn people to stone with a single gaze.

Who can really blame her for embracing her villainy? She was a beloved member of her society, beautiful, and a dutiful patron. Then, a selfish god saw her and, finding her beautiful, decided to assault her. While she is recovering from this attack, she turns to Athena for comfort, and is told that it was her fault and turned into the monster that would become known as the Gorgon.

That’s a lot to deal with in a short period of time. And I don’t think anyone would accept that graciously. In a cruel twist of fate, Medusa went from beloved to reviled, cursed that no one could even look at her for fear they would turn to stone. However, despite this curse being placed on her, someone who was a victim, the public turned against her. As did all the other gods in the pantheon, since they gave Perseus the shield he needed that ultimately took her down.

Knowing what happened beforehand, though, makes it easy to understand why Medusa reacted the way she did. She was betrayed by anyone she loved, with the possible exception of her sisters who, for their loyalty, got rewarded by being turned into Gorgons along with her. We all know that her father disowned her, since that was the modus operandi for most paternal figures in Greek mythology stories.

Now, without that backstory, it can be argued that Medusa wouldn’t be nearly as sympathetic. And she’s not the only villain with a sympathetic origin story. This isn’t to say that having one is carte blanche for committing atrocities since, on some level, everyone has some kind of difficulty growing up. But, it is rarer that someone has so much happen to them in a short period of time.

Villains can be more than one dimensional while still maintaining their villainous status. Because, as sympathetic as Medusa may be, she still turned a lot of innocent people into stone. But there were still a few people I’m sure, like her family that turned on her and multiple would-be glory seekers, that came before Perseus. And for those people? I would say they got what they had coming.