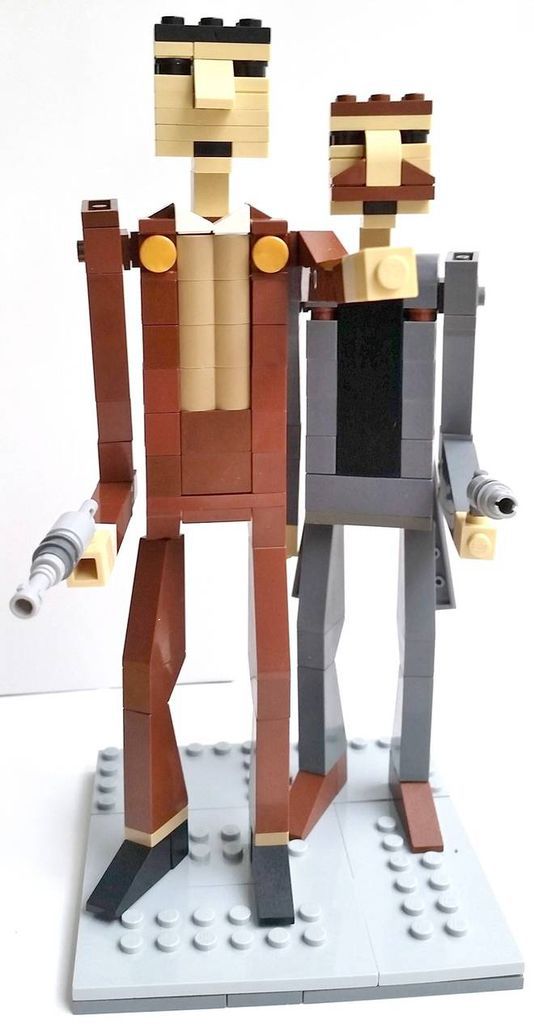 We’re living in a pretty cool time for artificial limbs. Materials science, robotics, and mind-to-machine interfaces are getting better and better; and people who once might have felt at a disadvantage due to a lost limb might soon be considered ‘enhanced’ relative to the typical human condition. As with the smartphone joke in Kingsman: The Secret Service, in realms such as these we are fast catching up with comic book technology.

So with that in mind, here are some of my personal favorite superpeople with prostheses!

Some of my favorite mutants are those with completely implausible powers. Forge is a great example because his mutant power is “really good at inventing and building stuff.” Also, he’s a Native American shaman who can do magic. Forge is the first veteran on our list, serving in the Vietnam War where he accidentally summoned a bunch of demons to avenge his fallen squadmates. Fearing a demonic apocalypse, he calls in a bomb strike that defeats the demons, but also destroys his right hand and right leg (above the knee, an important distinction in the world of amputations). Because his mutant ability is to be good at making things, he builds himself a new hand and leg, with lots of extra features relevant to whatever story he’s featuring in. Forge and his story are kind of wacky, and that’s one reason I like it. Not everything surrounding these sorts of life-altering injuries needs to be deadly serious or even plausible to still reflect life with fewer limbs.

Samantha Eve Wilkins began her superhero-ing career in high school, eventually marrying Mark Grayson, aka Invincible. As the significant other of one of the foremost superheroes on earth, she has often been targeted by Mark’s enemies, even being killed once by a deranged Viltrumite and bringing herself back to life. While pregnant, their former teammate, Robot (who also happens to be a clone of her ex-boyfriend) decides to take over the earth. Mark tries to stop him and in the fight Robot tears off Eve’s leg. She’s not supposed to use her powers while pregnant either. It’s a pretty horrific scene in a book known for horrific scenes. Fortunately, with access to alien technology from the Viltrumites, she’s able to get a highly functional prosthetic leg and she and Mark decide to move off the planet. I’d call it a happy ending, but it’s a Kirkman book, so lots of similarly terrible things have happened to them both since. *sigh*

Originally Peter Parker’s high school bully, Eugene “Flash” Thompson and Pete eventually become friends and then Flash joins the army. On a mission in Iraq, Flash ends up losing both legs. Returning home, he gets offered the Venom symbiote as part of Project Rebirth 2.0. The symbiote is able to give Flash legs while he’s wearing it, but he can’t wear it all the time or else it will bond too fully with him and he won’t be able to survive without it. The thing I liked about this storyline was Flash had always wanted to be Spider-Man, even in the early early days of the comic, and at what may have been his lowest moment, he was given that chance. The hiccup is that Flash was raised by a very abusive alcoholic father, so the looming specter of addiction hangs heavy over his head when it comes to the intoxicating nature of wearing the symbiote. The chance to have not just his legs back, but powers to boot, comes with a high price if abused, but the temptation is there. I know that doesn’t match with the real world and how life is for amputees, but I think that’s why I find it such an interesting story. It’s like if Avatar were good or something.

Like many DC characters at this point, Victor Stone’s origin has been done and redone enough times that I’m not actually sure what his current origin is. Something to do with BOOM tubes, maybe? He’s definitely a former athlete with parents who care more about science than sports (apologies to any future children of mine if I put you in a similar situation). When he’s horrifically injured in his parent’s lab, they have to use a bunch of tech to rebuild the parts he’d lost, which was a lot. This changes his life for the worse in a lot of ways: his girlfriend is horrified by him leading to their break up and he is barred from playing sports because his implants give him an unfair advantage. He eventually decides to start hero-ing and becomes a founding member of the Teen Titans and/or the Justice League depending on where the continuity is these days. One of the reasons Victor is on the list is because he represents some of the real-world questions we’re having about how implants and prostheses are changing our society. If prosthetic legs become faster than flesh and bone should we allow people to electively remove pieces of themselves if they want to become “better”? If you keep replacing parts to the point where there’s little to none of the original you left are you still you? This philosophical question has been thought about for a long time and was called “the ship of Theseus” paradox by the ancient Greeks. Give it a read, it’s good stuff.

The last name on our list and yet another veteran (sensing a bit of a trend?). James Buchanan “Bucky” Barnes was buddies with Steve Rogers before Steve became Captain America and later served as Cap’s sidekick during World War II. Bucky seemingly died in an explosion towards the end of the war, the same explosion that launched Cap into the icy depths and suspended animation until being found by the Avengers. Meanwhile, in one of the most suspicious but ultimately successful retcons I’ve ever seen, Bucky had been captured by the Soviets, who had installed a new robotic left arm and turned him into a brainwashed super-assassin. Cap eventually rescues his friend and now we’re back to having hero-Bucky, who even served as Captain America for a time. I put him at the top of the list in part because I love the design of the arm (I’ve always been a big fan of Colossus too, must be a Russian thing?) and the cool stuff we’ve seen it do, especially on screen: catching the shield, flipping that bike, and being stopped mid-punch by puny Parker. It’s by no means as fancy as comic book technology would seemingly allow for, but he puts it to such good use, putting him at the top of the list.

While not technically a superhero he’s definitely a hero to his own people of Alexandria. Rick and his crew have been through a lot and if you only watch the TV show, well I’ve got some bad news: in the comics Rick is missing a hand. The hand was removed Jaime Lannister style by the infamous Governor, so the part on the TV show where this should have happened is long past. Because the world he lives in is a pretty rough and tumble place, to put it mildly, Rick is often forced to administer beatdowns, hitting people directly with his stump. I had drinks with an amputee recently and we talked about how terrible an idea that is. It would hurt. A lot. Cut it out, Rick.

Misty lost her arm trying to deactivate a bomb while on duty a New York City police officer. Hearing her story, Tony Stark built her a new arm. Not able to serve on active duty any longer, she left the force and has worked as a hero and private investigator ever since. If we’re lucky, we might be seeing her appear on a certain upcoming Netflix show…

Are there any amazing heroes I’ve forgotten? Who’s your favorite? Let us know in the comments!