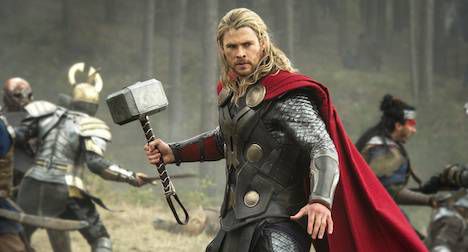 Stop me if you’ve heard this one before: “I love all the MCU movies. Well, except the Thor ones.” 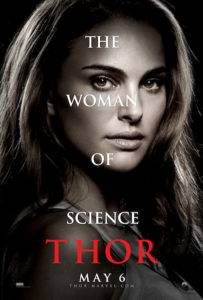 Pull up a list online ranking all the Marvel Studios movies, and you’re likely to find the first two Thor movies near the bottom; many put Thor: The Dark World in dead last place. Rotten Tomatoes; Collider; CBR; The Wrap…none are kind to this franchise. I looked at the first page of Google results for “best MCU movies,” and only Variety let the first Thor crack the top 10.

I don’t get it. Sure, The Dark World was a bit of a mess and its villain was a big old nothing, but it has its grand moments of spectacle, of romance, of pathos, not to mention some truly hilarious sequences. And Thor, as far as I’m concerned, requires no caveats: it’s a glorious fantasy adventure and a beautiful sparkly love story with the best villain the MCU has mustered up so far. (Well, one caveat: the movie’s New Mexican setting is inexplicably uniformly white. But that’s a failing Thor shares with pretty much every other MCU movie until Spider-Man: Homecoming; I don’t think Rotten Tomatoes is dinging it for that.)

I don’t remember anyone sneering this hard at Thor back in 2011. In fact, when I came out of the theater, I couldn’t stop marveling. “Why didn’t anyone tell me Thor was for girls?” I remember saying in delight.

Because, well. Not to be gender essentialist, but I’d been more familiar with the “smash trolls, drink mead” Thor of Norse legend, and assumed Marvel’s version was more of the same. But no: here was a beautiful space prince with long, flowing locks and twinkly eyes, a prince who rode a pretty white horse across a rainbow bridge and loved his brother and cried openly. Here was a purely Disney love story about a dazzling godling who fell for a brainy girl in sensible sweaters. Here was female! comic! relief!!! and two women who talked about work and science and music as well as boys. Here was the actual, literal female gaze.

(Here were like ten minutes of a beautiful space prince wrestling twenty guys in the mud, too. Not complaining about that particular brand of machismo.) 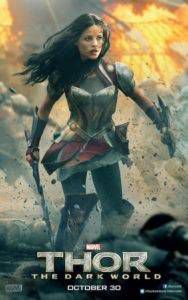 And women loved the Thor movies. They loved the rainbow sparkles. They loved the complicated, painful dynamic between Thor and Loki. They loved Darcy. They loved Idris Elba. And until Sebastian Stan marched somberly onto the screen of Captain America: The Winter Soldier with his sad hair and romantically tragic eyeliner, Loki was absolutely the darling of the MCU fandom.

Seriously. My midnight screening of The Dark World was literally all women except for one guy in a full Loki costume. I’m not kidding.

And I have to wonder if it’s the franchise’s popularity with female viewers that makes it the redheaded stepchild of Marvel Studios’ output. The Thor movies are still about two brothers with daddy issues, sure…but they’re also the only MCU movies that unequivocally passed the Bechdel Test until this year’s Guardians of the Galaxy Vol. 2 (and with 16 released movies in the MCU, that’s pretty damning). There are four prominent female characters in the two movies to date, which is still a small percentage, but hey, compare that to Ant-Man, or poor, lonely Pepper Potts.

It begs the question: are the Thor movies too “girl” to be “good?” 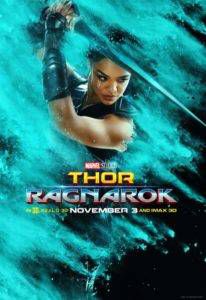 Look, film quality is largely a matter of opinion, and everyone’s entitled to their own. And again, I’m not saying that The Dark World wasn’t a mess. But hey, so was Iron Man 2 and Age of Ultron, and I don’t see anyone writing off those franchises as a whole. (Heck, jumping companies, the Nolan Batman trilogy takes a sharp left into incoherence halfway through The Dark Knight and never recovers, and those are still considered masterpieces of the genre.)

All I’m saying is that it raises my eyebrows a bit to hear the Thor movies in particular kicked around so much, given their appeal to women, and I have to wonder if we’re going to see similar disdain heaped on Valkyrie and Hela when they make their big screen debut—or Captain Marvel, for that matter.

So the next time you find yourself writing this particular corner of the MCU off, or hear someone else doing so, maybe take a minute to ask yourself why.