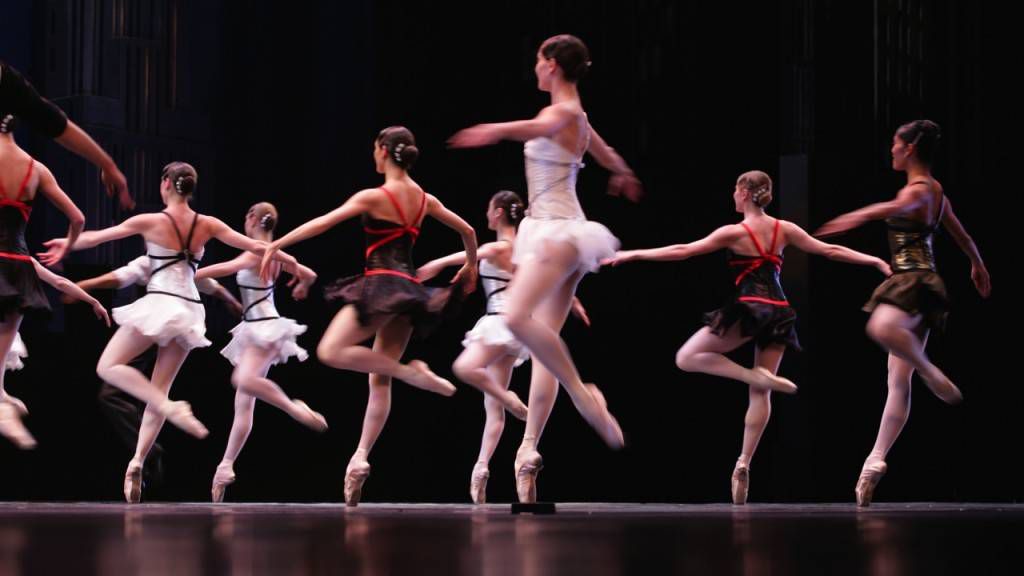 Baseball. Fireworks. Campfires. The rites of summer. For me, though, nothing says summer like Fox’s annual reality competition show So You Think You Can Dance. The top 20 dancers were announced Monday and now the real fun begins–the heart-wrenching contemporary routines, the gravity-defying leaps, the hip hop songs that make you want to get up and dance yourself. The So You Think You Can Dance family isn’t limited to the small screen this summer, either. You can see Stephen “tWitch” Boss (a huge comic book fan, according to Wikipedia), a season four contestant, on the big screen in Magic Mike XXL. Last month, past guest judge Misty Copeland became the first black principal dancer of the American Ballet Theatre. Never seen Copeland dance? Google her. I’ll wait.

Welcome back. As I was saying, this summer, So You Think You Can Dance is everywhere and I’ve got boogie fever. If you, too, are susceptible to this highly contagious condition, here are some comics recs for you:

To Dance by Siena Cherson Siegel and Mark Siegel

Does the name Alex Wong give you chills? Are you still a little heartbroken over the injury that took him out of the running to becomes America’s Favorite Dancer in season 7? Then this all-ages graphic memoir by ballerina Siena Cherson Siegel is for you. Siegel writes about growing up in the studios of the School of American Ballet and about how dance has filled physical and emotional spaces for her throughout her life. Mark Siegel’s beautiful ink and watercolor art occasionally bursts, leaps, and glides beyond the boundaries of his panels, a creative use of static imagery to represent the movement of dance and the filling of space.

Do you cry at every routine choreographed by Travis Wall or Mandy Moore? Then check out this story of the life and art of Isadora Duncan, the creator of modern dance, a genre that heavily influences contemporary dance. Duncan was a free spirit whose movement was inspired by nature and classical art. The black and white illustrations pair well with the turn-of-the-century setting and Duncan’s personality adds more than enough color.

Hip Hop Family Tree, is, admittedly, more a music comic than a dance comic, but the history and evolution of hip hop music and hip hop dance are, I think, more closely intertwined than any other music and dance genre pairing. DJ Kool Herc, the first artist mentioned in Piskor’s comprehensive history, developed his signature style of mixing one song break into the break of a different song specifically because he noticed people danced more enthusiastically (or “[got] funky,” as the book puts it) during the breaks. Yes, this is where the term breakdancing comes from. So, if you, like me, wish NappyTabs had choreographed your wedding dance and can’t watch enough freezes and power moves, this is the comic for you.

Okay, so this isn’t technically a dance comic, either, but it is where you can currently find Marvel superhero Dazzler. Dazzler is a mutant who made her comic book debut in 1980 at the height of the disco craze. She’s a roller-skating disco star whose powers include the ability to convert sound to light. SYTYCD fans know the power of disco to make or break a contestant’s chance at glory. Who can forget Brandon and Janette’s disco routine in season 5, choreographed by Doriana Sanchez, a choreographer who’s both worked with Cher and appeared in Dirty Dancing? It was a total game-changer and set the standard for all other disco routines to aspire to. A-Force may also be the comic for you if you’ve been a fan of the all-lady group routines featured on the show over the years.

If the reality TV aspect of SYTYCD particularly appeals to you, track down this 2010 miniseries from DC. In it, the superheroes of Japan’s Super Young Team have had to turn to dancing in public and on television for their livelihood. The intricate costumes and bright colors bring to mind the spectacle of some of SYTYCD’s most memorable routines, which combined these production aspects with choreography and talent for showstopping moments. Jenna Johnson and Mark Kanemura’s Season 10 routine to “I am the Best” by 2NE1 comes to mind and I can totally picture them both as butt-kicking superheroes.