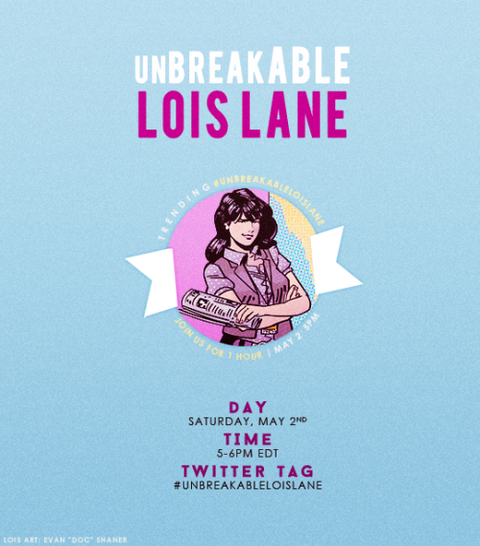 It’s a hard time to be a Lois Lane fan. The New 52 relaunch saw DC demote her from being Superman’s wife, his partner in every aspect of his life, to little more than a Daily Planet colleague. Natural expectations that her relationship with Superman would grow over time were dashed as he fell for the out-there charms of Justice League colleague Wonder Woman. Now, finally, Lois is to be at the centre of a storyline across all the Superman titles, but for all the wrong reasons – she discovers his secret identity and reveals it to world.

A lot of Lois fans are, to say the least, perturbed. My Twitter feed was awash with mostly female pals angry at the story turn, while some revealed they’d cried over Lois’s betrayal. Others were simply dismayed, realising that this is a storyline that will play out, but sad that DC’s writers apparently can’t think of anything more interesting to do with Lois than cast her as some kind of Judy Iscariot to Superman’s Christ.

So is this a cruel and unusual affront to a character who’s previously been untouchable? A heroine who’s been a well-rounded, admirable woman? A role model for fans? To try to get this into perspective, let’s look at the history of the world’s best-known reporter.

Lois debuted alongside Superman in Action Comics #1 (1938) as the Daily Planet’s ‘sob sister’ – the token girl reporter given the sentimental stories to write, but sassy as you like. Over two pages, we were shown everything we needed to know about Lois…

Originally cold towards Clark, she quickly grew into a professional partner and friend, and soon starting falling for Superman. And she left the fluff pieces behind, throwing herself into danger all over the world, proving she was not just as good as any male reporter, but better. She even won her own back-up strip featuring light-hearted tales that nevertheless spotlighted her brains, wit and spunk.

After the guiding hands of creators Jerry Siegel and Joe Shuster withdrew, the character began to change, from spirited newspaperwoman to would-be wife of Superman … and professional pest. In the early years of her Silver Age solo comic book – partly the result of the popularity of the Adventures of Superman TV show – Lois would still go in pursuit of the ‘scoop’ that would nab her a Pulitzer Prize, but if Superman flew into view, that was her attention shot. When she wasn’t marrying alien superheroes to make Superman jealous, or having catfights with Lana Lang over whom he loved the most – the Man of Steel was a bit of a tease, to put it politely – Lois would be trying to discover his secret identity. While presented as a shallow soul, she was no dope – she could see Clark and Superman could be twins, and noticed that Clark was rarely to be seen when Superman was around.

She wanted to prove her theory – not so she could print the story on page one of the Planet, but to satisfy her curiosity; she’s a journalist, driven a bit bonkers by the thought that a big truth is within grasping distance, but not yet able to find the unassailable facts that will, as we hacks say, ‘stand up’ the story.

By the Seventies, after dozens of variations on the secret identity hunt, DC realised a new approach was needed. The Lois Lane series changed, attaching itself to the coattails of the relevance trend best exemplified by the Green Lantern/Green Arrow series. Suddenly, instead of gaining super-powers, or romancing fairytale heroes, Lois was on the streets of a decidedly gritty Metropolis, engaging with such issues as slum tenements, Native American rights and, in the legendary, well-meaning but clunkily handled ‘I am Curious (Black)!’ from Lois Lane #106 (1970), racial discrimination.

This new take on Lois, a freelance reporter with better things to do than moon over Superman, lasted just a couple of years, ending shortly before Lois lost her book. The Bronze Age of the Seventies and Eighties saw Lois generally play the role of adventurous gal pal – her comic’s full title had been Superman’s Girl Friend Lois Lane, but they were never an official couple. Things changed when a multi-parter saw Superman believe he had to choose between life as Clark and life as Superman; as Clark he relaxed around Lois, they began dating and, between panels, consummated their relationship. The romance didn’t last, but Who Took the Super Out of Superman? (Superman #296-299, 1976) was the beginnings of a more mature Clark and Lois, with secret identity games confined to oblivion.

The Eighties and Crisis on Infinite Earths rebooted the DC Universe, and Lois Lane with it – she was closer to the original Lois In terms of aggression, but lacking the charm. Happily, within a few years, Lois was once more the likeable, smart journalist, and dating Clark. She wasn’t concerned with finding out who Superman was, because she had a worthy man – the post-Crisis Clark, of course, didn’t pretend to be a milksop. Plus, she had a great career. Clark revealed his secret to Lois and the pair eventually wed, settling down together but not settling for a quiet life – Lois was once again the crime-busting, war correspondent of old, a great role model for women and men alike.

And that was the status quo for a few years – Lois and Clark, partners in life and, occasionally, crimefighting. Truth be told, few writers took advantage of the new set-up; no babies arrived to change the dynamic and Lois didn’t seem hugely more essential to the strip than previously. But she was always around, and she was respected, an essential part of Superman’s world. Unlike the post-2011 situation, which has seen Lois either absent, sidelined or possessed by Brainiac. A few writers have given us a Lois whose relationship to Superman is a lot warmer than the New 52 norm, but these have been aberrations – Scott Snyder’s excellent Superman Unchained, for example, seems to be set in a non-New 52 bubble in which Lois and Superman really care for one another, while Greg Pak’s Superman/Batman, and featuring the Wonder Woman romance, nevertheless assumes the import of Lois.

Talk of DC betraying the essential Lois Lane seems a little off-base – there’s not been one Lois Lane, just different characters (and I use the term loosely, given how one-dimensional she, in common with all comics folk of the time, could be) filling a role. A lot of the Lois fans most hurt by the coming shenanigans are devotees of Teri Hatcher’s TV Lois, who was consistently shown as smart, funny, competent and courageous. Like every iteration of Lois, she was only around a few years, but being live action, she perhaps made more of an impact than her print equivalents, impacting on a generation.

So to today. DC’s Free Comic Book taster, by Gene Luen Yang and John Romita Jr, shows us that Lois will betray Clark, then immediately regret it. But look at her dialogue in that third tier…

It seems Lois had some motivation for revealing the Secret other than that old chestnut, “the public has the right to know.” We have to bear in mind that all we really have to go on is the marketing, not the actual story. Lois isn’t becoming a hard-faced Wikileaks type – there’s something else going on. The writers of the Superman books are telling a story, and whether we like what they come up with or not, it will be superceded. Relations will improve, characters will be rebooted – Lois Lane has survived for nearly eight decades and she’s not going to be scuppered forever more by being at the centre of a sensational-sounding story.

For one thing, fans distraught at the ‘damage’ done to Lois’s character could do worse than look back to 1988. That’s when, in his final storyline as writer/artist, John Byrne had Superman execute Kryptonian criminals Zod, Quex-Ul and Zaora – they didn’t die in combat, he had them at his mercy, opened a box containing green kryptonite and watched them die. Yes, they’d killed a planet, and he felt he had no choice – but Superman deliberately taking lives? I thought the character was done for good. Happily, the creative teams who followed the departing Byrne used the situation to build Superman back up – the horror of what he’d done made his mind snap, but bit by bit, he came back a stronger man, a better hero.

Perhaps a similar crucible is being prepared for Lois via the Truth storyline. We just need to sit back and let it play out, and if we don’t like where things go, remember that, as much as Superman, Lois Lane is indeed indestructible.

Would Lois ever give away Superman’s secret identity? No.

So let’s see why she does.