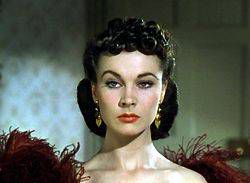 On an episode of popular science public radio show Radio Lab entitled “Deception,” the last segment of the show is devoted to the topic of self-deception. Starting at the 48:00 mark (a segment that lasts about twelve minutes), a “self-deception” test is discussed (in PDF form here), with questions ranging from “Have you ever enjoyed your bowel movements?” to “Have you ever thought about committing suicide in order to get back at someone?”  (Audio of the show embedded below.)

The idea behind this questionnaire is that asking these kinds of threatening and uncomfortable questions can help determine how adept a subject is at deceiving himself. Ruben Gur and Harold Sackheim came to the conclusion that the more “No’s” a person answered on the questionnaire (assuming all the questions were universal truths and should be answered with a “Yes”), the better a person is at lying to herself. And as it turns out, the better a person is at lying to himself, the better a person does at a whole lot of things in life. Athletes that lie to themselves win races. Business people rise higher in their fields. As it turns out, a little self-deception can be good for a person.

Of course, being book-brained, my mind instantly went to Scarlett O’Hara (one of my favorite heroines growing up, I so wanted to be the baddest bitch around just like her) and her go-to words of wisdom “I’ll think of it all tomorrow…after all, tomorrow is another day.” Instead of dealing with reality now, O’Hara deals with reality “tomorrow,” and it is to be assumed that “tomorrow” often means “never.”

The thing is, not dealing with reality WORKS for Scarlett. She pulls off some mind-blowing feats including escaping a burning Atlanta and surviving the Civil War largely thanks to her ability to ignore a reality that would crush her. I’m not saying this ALWAYS works for her. Spoiler alert, the book doesn’t end with Scarlett and Rhett making out on the plantation. There is no denying that Scarlett O’Hara’s self-deception also works as self preservation. It doesn’t get her everywhere, but it gets her through.

You can keep this going with a whole mess of literary characters. Ahab’s obviously not being besties with reality when he sails off to go f— up Moby Dick. Atticus Finch isn’t giving reality a firm handshake when he agrees to defend Tom Robinson. Don Quixote NEVER deals with reality, a little bit in the beginning, a little bit at the end, but ninety-five percent of that novel is  treating everything as the OPPOSITE of reality.  Throw a stone and you’ll find a beloved fictional character plugging their ears and screaming “LA LA LA, I can’t hear you Real Life!”

Of course, none of these stories end well for the characters in question. Unhappy endings are the stuff of great literature. The point isn’t whether or not these characters achieve their end goals, the point is that they achieved SOMETHING by trying, and they tried because they ignored a reality that told them that trying for something more than the status quo would lead nowhere. These books EXIST because their characters tell their own realities to go take a long walk off a short pier.

So what do we think? Can we take a page from our literary heroes? Is the reason our lives are often not what we want them to be because we let in too much reality and not enough fiction? Obviously no one reading this wants to be Captain Ahab (at least I think, but you let me know.) But could we stand to be a little more Scarlett O’Hara, a little more Atticus Finch?