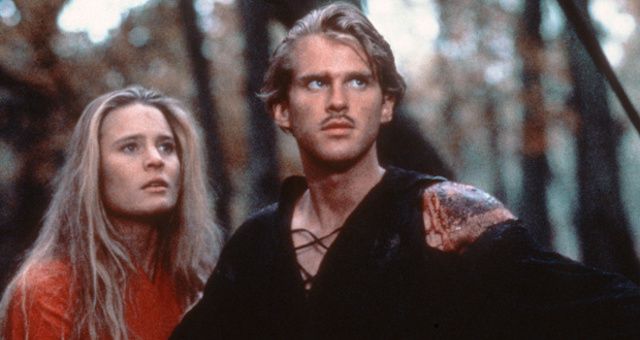 On Wednesday, September 17, Sony Pictures CEO Tony Vinciquerra told Variety that “very famous people whose names [he] won’t use” want to remake The Princess Bride, and the internet lost their collective mind. I’m not saying the response was 100% negative, but it definitely was.

There’s a shortage of perfect movies in this world. It would be a pity to damage this one. https://t.co/5N8Q3P2e5G

On Thursday, September 18, an anonymous source told USA Today that there’s no truth to the rumor. But why let that get in our way? Let’s talk about remakes.

Remakes have been common since…forever (An Affair to Remember is a remake! The Wizard of Oz is a remake!) but they’re really having a moment right now. Moviegoers in general and book fans in particular have mixed feelings on the matter. Some remakes are seen as good—despite the existence of eleventy million versions of Little Women, Greta Gerwig’s upcoming adaptation is generally perceived as Good, while last year’s blink-and-you-missed-it modernized version was generally perceived as Bad, if people even knew it existed (I can only assume this is because white ladies really love Gerwig).

Some people believe adaptations need to stay as close to the source material as is humanly possible, while others believe film is a different medium and therefore filmmakers should adapt, not directly translate. (Guess which camp I’m in.) (It’s the second one.)

So what if…hear me out…what if Sony and their mystery “very famous people” took this opportunity to make a good movie that could coexist with the 1987 classic? I have some ideas for how to make this work.

I know you are going to want to cast James Corden, probably as the albino or Miracle Max. Please, I beg you, put him in a small role where he can shine but not distract. I suggest the gatekeeper.

Uh, about the albino…either hire a person who actually has albinism, or change that.

Buttercup has hair the color of autumn and eyes like the sea after a storm. Nowhere does the book say she’s white. I’m just saying. **cough cough Beyoncé**

Actually, what if no one is white? I mean, the original is approximately 100% white, so it would be very reasonable for this one to be 0%.

The zoo of death: GIVE ME THE ZOO OF DEATH. All. Five. Levels.

The pit of despair: I want that machine to be the steampunkiest, weirdest, most terrifying contraption ever put on film.

The ending: Let it be ambiguous! Don’t candy coat it this time, maybe? I am not complaining about the ending of the 1987 version; it was a fairytale. I am merely suggesting that this version follow the book’s ending.

(Huh, apparently I just want this version to be more bleak.)

Look, there are movies that could really use updates. Maybe they’re super racist, sexist, or both. Maybe they needed a bigger budget, or were made before CGI advances caught up with their needs. Maybe they’re just dated. The Princess Bride isn’t one of these movies, though it also isn’t perfect (so white!). Remaking it isn’t bad, but it also isn’t necessary.

Oh really? Well, I married the six fingered man, obviously why we have stayed together for 35 years and there is only ONE The Princess Bride and it’s William Goldman and @robreiner’s. “Life is pain highness. Anyone who says differently is selling something!” https://t.co/hv33UIZKN3

(Theory: Jamie Lee Curtis is not one of them.)