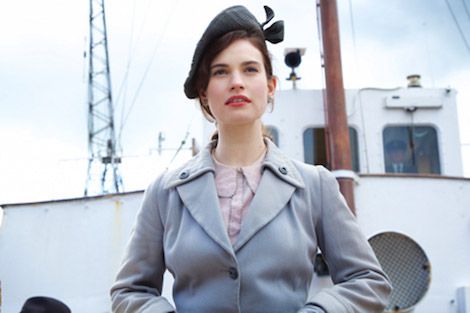 Were you among the many readers charmed by Mary Ann Shaffer and Annie Barrows’s The Guernsey Literary and Potato Peel Pie Society? The 2008 epistolary novel about a writer finding inspiration in the story of the occupation of the Channel islands during World War II was a major hit among readers, despite (or maybe because of) the quirky title. And now the story is coming to the big screen in a film called Guernsey starring Lily James, Jessica Brown Findlay, and Matthew Goode. Check out The Guernsey Literary and Potato Peel Pie Society trailer!

There’s no U.S. release date yet, but fans of the book from the UK and Australia will get to see it in April, so there’s still time to read (or reread) the book to get ready. Keep up with all Guernsey news as it comes out here.