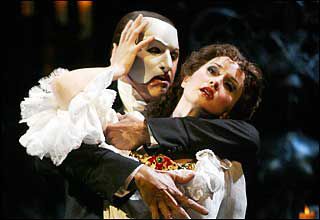 Each week Panelteers Chris and Ali sit down and chat about the CW’s newest superhero series, The Flash! Blogging about the supernatural may not pay much, but we can still grab a cup o’ joe from Jitters and chat with you about the show. There will be spoilers, sweeties. This week, things are a little different. Ali is off battling the forces of evil, so Jess is subbing in for Team Science.

Chris: Hey, Jess! Thanks for being here this week. I guess it makes sense to kind of just figure out where you’re at with this show. Readers are probably pretty familiar with where Ali and I stand on things, so I’m really curious to get your take on Barry and the gang.

Jess: No prob! I will literally take any excuse to talk about this show, because “my take” is pretty much that I’m obsessed with it. I mean, don’t get me wrong, I find it profoundly silly 90% of the time and there are a few aspects that I don’t entirely love, but for the most part, the sheer sense of joy and fun at the heart of it makes this my favorite new TV show in a very long time. And Grant Gustin’s performance as Barry is <I>ridiculously</I> good. This show is so lucky to have him.

Chris: Totally on the same page. I think I’ve mentioned before in this very column that I was super cold on him when he first showed up in Arrow, but holy dang has my opinion on him turned around.

Jess: Oh, I loved him on Arrow. I was not enthused about the possibility of Barry Allen because I find him to be stultifyingly boring in the comics, but Gustin brings this great puppyish/Peter Parker-esque energy to the character that I really dig, and it won me over immediately. He just nails that innate goodness that’s so crucial to this kind of character. Chris Evans has it as Cap, all the best Supermen have it, and Grant Gustin has it.

Eye of the Tiger

Chris: I’m really happy to see a Solid Dude on one of these shows as opposed to Rich Murderer or Broody McBroodFace. It’s a big selling point of the show for me. How’ve you felt about the villains of the week? Any stand outs?

Jess: Cold, for sure. The others have all been pretty weak actors in a muddle of CGI, unfortunately. I’m pretty stoked for the inevitable Rogue teamup. And Grodd!!!

Chris: Stupid excited to see what we get out of the Rogues. Hoping it doesn’t take too long to get the gang together. I had to ask about villains, because I think that’s where a lot of this week’s conversation is going to rest. What’d you think of our metallic bruiser, Girder?

Jess: I mean, he was fine, I guess. The acting was fine. The CGI was fine. I could’ve done without the attempt to pull some deep emotional significance out of the fact that he used to pick on Barry in school (with the same bafflingly homoerotic threat, too), or the casually sexual assault-y undertones he was throwing in Iris’s direction. Let’s not lend any credence to Joe’s insane overprotective “You are not allowed to be on the sidewalk or communicate on the internet” jam, shall we?

Chris: Yeah, I’m fine with Big Metal Dude Who Isn’t Colossus being a villain, trying to tie it into an anti-bullying thing with not great child actors (I will not say anything more mean about children) just seemed a little rote. Even for a Freak of the Week show like this.

Chris: Blogging is bad for your health.

Chris: Naw, we’ll be okay. We’re not tracking a vigilante and openly communicating with him on the internet. Are we?

Jess: Maybe you’re not. *cough* But seriously, no one involved in this show has ever seen or written for a blog, right? The little ping Iris sends Barry that appears to just be…an IM? On top of her blog? What is that?

Chris: I honestly have no idea. Makes for a seriously weird pop up if you were just some rando looking at the site.

Jess: And there are a lot of randos, judging by her circa 1997 Geocities-style web counter. Don’t forget to sign her guestbook, guys! Although, I should say, I’m being mean about the dreaded blog, but I have been seriously loving Iris these past two episodes. Do what you want, girl! Live your life! Punch out giant metal dudes and save superheroes!

Chris: Yeah!!! We spent a lot of last week’s column discussing the Barry/Iris relationship. I think we may not have stressed enough that the issue lies with Barry, not Iris. In this episode, I feel like they finally wrapped their head around her. Iris is great. She’s got a purpose, a goal and takes matters into her own hands multiple times. That knockout punch was kind of the moment of the episode for me.

Jess: #TEAM IRIS. I really loved that after they spent 40 minutes setting up “Barry doesn’t know how to fight (he loses to a terrible legless robot, Chris. A ROBOT.) and Iris does, they followed through on that. Yeah, Barry used his powers to disable the other guy’s powers, which was great, but Iris delivered the KO.

Chris: I could probably have watched an entire 40 minute episode about Barry just getting chumped by a doofy Rock-Em-Sock-Em Robot. Although, it is a little weird to me that no one at any point was like, “You can do all sorts of stuff with your powers, maybe you don’t have to punch him really, really hard.”

Thumbs Up from Girder

Jess: Yeah, it was like whenever Girder was in the scene Barry forgot about his powers entirely. When Girder drops the shelves on him and he does one sad little roll out of the way? <I>I</I> roll faster than that, Bartholomew. Like, if you’re going to go for “he needs to beat his childhood bully on his own terms (by punching him in the face),” fine, whatever, I guess that makes sense on an emotional level but it’s actually pretty disturbing when you think about it. But cool, I guess Barry can TOTALLY UNMASK IN FRONT OF GIRDER while he tells him that he uses his potentially-lethal assault powers for good.

Chris: I never need to see “Nerd gets to be mean to a bully” story ever again. But maybe that’s just me. And yeah, him gloating mask-off at the end feels super out of character. Barry isn’t a dick. At least, not that we know of.

Jess: But at least Iris still doesn’t know! That’ll be really helpful when all the metahumans break out of the Pipeline in the season finale and Girder tells everyone where Barry lives. (Where does Barry live?)

Chris: Uh… his lab? Holy crap where DOES Barry live?

Jess: So many mysteries. Anyway I’m pretty sure there is now an open invitation for him at Eddie’s house. IfyaknowwhatImean.

Chris: Um. Yeah. That scene was full of sweaty, sweaty subtext. We in the TV recapping business like to call that the Tumblr Take.

Jess: We have literally gotten nothing from Eddie all season so far, so it was a pretty bold move to have his first big scene be him making Barry undress and gazing rapturously at him while yelling “Harder!”

Chris: Wait! Is that not how bros train?

Jess: Look, they clearly have no idea what to do with Eddie so if they want to have him just actually be in love with Barry and go full love triangle, I’m on board. Basically all of Team Science is already in love with Barry so why not throw one more in the mix?

Chris: I think you maybe just fixed the Barry/Iris problem. Is that the secret of this show? Everyone is just Barry-sexual?

Jess: Is it possible to be in the same room as Grant Gustin’s Bambi eyes and not be? Serious question.

Chris: He is very, very charming. A-hem. So what else actually happened this week other than Detective Pretty Boy having an amazing line read of “I’m fine… which you would know if you checked your messages.”

Jess: Well, in keeping with the sudden homoerotic undertones, Joe and Wells went on a lovely date.

Chris: Very curious how much of Wells’ sob story was true. He’s definitely playing a lot of people at the moment, but he does honestly seem to respect Joe so I wouldn’t be surprised if it was all true. Ya know… up until he (supposedly) threatens to murder Joe’s daughter.

OF COURSE HE IS

Jess: I am utterly fascinated by Wells and Zoom and whatever they’re building towards there. Obviously he’s all kinds of sketchy, but I have to think there’s some reason Eddie’s last name is Thawne. I feel like it can’t be as simple as “Wells is Zoom, the end.”

Chris: I kinda thought we might get a double fake-out with the identity of the Reverse Flash. Thawne is linked by name, Wells is linked by his activities and weird future connections. There’s still a slight chance of it not being either of them, but it’s kind of GOT to be Wells at this point, yeah?

Chris: I am pro-this happening just because CW actors seem to all be fantastic at playing evil versions of themselvesvs.

Jess: YES. Or Wells could just be Eobard Thawne and Eddie is essentially the show’s Hunter Zolomon, that works too.

Jess: But as we all know from playing Uno, two Reverses cancel each other out. So we’re fine.

Chris: What kind of heathen house rules are you playing with? Is that a thing?

Jess: Maybe that was just the rule at my summer camp.

Chris: Next Summer’s Panels Event: The Uno War. It will divide us all.

Chris: Thanks again for joining me this week. We’ll get more into the weirdness of The Reverse Flash in future installments. Before we sign off for the week, it’s time for the Lightning Round! Take it away, Jess!

Jess: Caitlin angrily fixing Barry’s shoulder while berating him for being a moron made me laugh. And Cisco’s little finger-kiss!

Chris: I was really hoping there’d be a moment where we found out Woodward had a partner named Bernstein.

Jess: Would we have room for that reference/Easter egg after “man of steel” and “iron fist?”

Chris: If we were writing this show? Yes. Yes we would.

Jess: We should totally write this show.

Chris: Panels version of The Flash/Arrow is magical. Have a good week everybody. Let us know what other horrors from Barry’s childhood could come back and haunt him in future episodes. Evil math teachers? Terrible school photos? Middle school dance memories?

Jess: If Barry’s old art teacher shows up as the Rainbow Raider I will weep with joy.