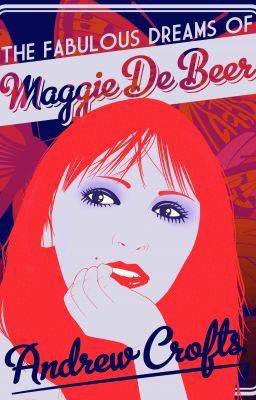 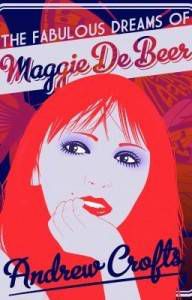 This is an excerpt from The Fabulous Dreams of Maggie de Beer by Andrew Crofts. Keeping reading at Wattpad.

On that forty-five minute train journey to London I transformed from fifteen-year old Maggie Mitchell into eighteen year-old Maggie de Beer like a butterfly emerging from a chrysalis. I would be eighteen for about six years after that.

It hardly seems worth lying about where or when I was born any longer, not in these times of Heat Magazine and the bloody Internet, when everyone can find out everything about you at the touch of a button. . No chance of retaining an air of international mystery and glamour these days, which is what I was trying to do when I used to tell people I was a child of the Empire, conceived in Monte Carlo after a successful night for my parents in the casino, born in India and brought up in Kuala Lumpur. I used to talk about how my father was in the diplomatic service; ‘all terribly hush-hush,’ I would say, ‘not even Mummy was allowed to know what he did’.

In fact my father worked for the council in Haywards Heath, inspecting things, and the closest we ever got to lives of international mystery was a couple of package tours to Majorca in the 1960’s, the stress of which seemed to almost blow my mother’s entire nervous system. But I could hardly build a career as a global superstar and icon from those beginnings, could I? So, I changed everything about my past the day I sneaked out of the house with the best family suitcase while my mother was having her after-lunch rest with the bedroom door closed, and dragged it to Haywards Heath station. As I stood on that dreary, draughty platform for the last time it seemed like my portal to another world…..

‘Let me buy you something to eat,’ he gestured back towards Picasso’s. ‘Pasta or something.’

I hesitated for a few seconds. I could envisage all the warnings my parents would dole out about accepting a meal from a complete stranger and I immediately wanted to do it just to prove to them that the world was not nearly such a threatening and evil place as they imagined; that I could handle it even if they couldn’t.

‘Okay, why not?’ I shrugged, as if I did such things all the time. He put his arm round my waist with a comforting gentleness and steered me back, not offering to relieve me of the weight of the suitcase….

Neil was already dressed and blow drying his hair on the other side of the room as I surfaced, staring at himself in the mirror with a look of intense concentration. I just lay watching him for a while, wishing I could remember more of the night. I had never seen a grown man blow drying before, Dad was more one for a quick lick of Brylcreem and a comb through each morning. He would no more have picked up a hairdryer than he would have pulled on a pair of women’s shoes.

As Neil left for the King’s Road with a box full of jeans he gave no indication as to whether he expected me to still be there when he got home. It was almost as if he’d forgotten I was there at all. Once I heard the front door of the flat slamming behind him I slid out of bed, wrapped myself in his sweet smelling towelling robe and went to the bathroom. The door was standing open so I walked boldly in and screamed like the stupid schoolgirl I was trying so hard not to be.

He was just the most beautiful thing I had ever seen in my life. If you can imagine David Cassidy’s daintier younger brother you would pretty much get the picture. I knew I had to stop staring at his face, but I didn’t dare move my eyes too far down in the bath so I found myself focussing on the loosely packed joint he had between his fingers.

‘Help yourself,’ he said, passing it across…..

I knew for a fact that Marilyn had done nude calendar pictures when she was starting out as plain old Norma Jean; all the big stars had, I was sure of that, so this could be my first step into the big time. I also needed the money.