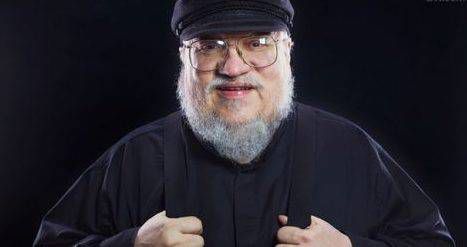 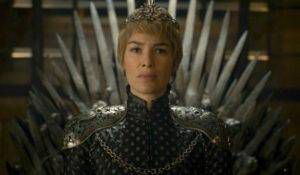 I’ve racked my brain for a week, but I can’t come up with even one other instance of the situation facing Game of Thrones fans right now.

Let me note here that when I say “Game of Thrones fans” I’m referring to people who have read at least some of George R. R. Martin’s A Song of Ice and Fire novels and watch HBO’s adaptation of them, because if you only care about one or the other, then your life is enviably free of this particular GoT-related tension. As for the general and ever-present tension that results from even (especially?) our most beloved characters being a pen-stroke from death? Sorry, but I’m afraid none of us are getting any relief from that.

Anyway, the problem is this: mere months from now, Game of Thrones’ seventh and final season will begin airing. Since HBO is splitting the final season into two seven-episode segments, we probably won’t know the full fates of our intrepid heroes and monstrous villains (or is it the other way around; I can hardly tell any more) for about 18 months or so. That much we know. What we don’t know is when we can expect Martin to publish The Winds of Winter (or its series-ending follow-up). He recently mentioned that he expects TWoW to come out this year, but even he points out that he said the same thing last year. We shouldn’t go marking our calendars or anything, is what I’m saying.

And there is absolutely no chance that Martin releases the final ASoIaF book before HBO airs the Game of Thrones series finale in 2018. If Martin maintains his current release pace, the seventh book will land, at the earliest, in 2022.

So what’s a fan to do? Do we just take what we can get, go ahead and watch the show, then read the books whenever Martin is able to get them into our greedy little paws? Or do we test the limits of our patience by foregoing the final season of the show so that we’re able to experience the narrative’s conclusion in its originally conceived form?

I’ll go ahead and tell you that I’m not here to prescribe a “right” answer, because I don’t think there is one. If some fans of the show feel like they can tear themselves away from the narrative and dodge spoilers for years in the interest of finishing the books before the show, then more power to them. But for the vast majority of watchers and readers, that kind of forbearance is just too much to ask.

Like I said, I can’t come up with another adaptation that has presented its viewers with this sort of conundrum. Of course, that’s mostly because the adaptation only occurs once the literary version of the story is already out in the world. Most of the time, our biggest worry is whether or not they’ll faithfully represent our favorite characters or maybe which of our favorite scenes will end up on the cutting room floor.

But now, there all kinds of more pressing questions that I just don’t know the answers to. Will the books be sufficiently different from the show to give them their own kind of suspense? Has the show influenced Martin’s direction in the books? Will the books’ reception be determined entirely by the success of the show’s ending?

Maybe, like me, you’ve resigned yourself to the reality of this quirky situation. After all, if you watched the sixth season of Game of Thrones, you’ve already entered a kind of alternate Westeros that exists beyond the page. It may not be ideal, but you’ve accepted that Jon, Danaerys, and all the rest will meet their glory (or their ends) on the small screen long before they do it on the page.

Or maybe you’ve spent every day for the last three years writing George R.R. Martin angry emails demanding that he publish these final books and satisfy your endless hunger for all things ASoIaF. I doubt it’ll work given GRRM’s notorious displeasure with that kind of pressure, but you do you.

In any case, you (we) have got quite a choice before you (us), and not a whole lot of time to make it. Good luck.