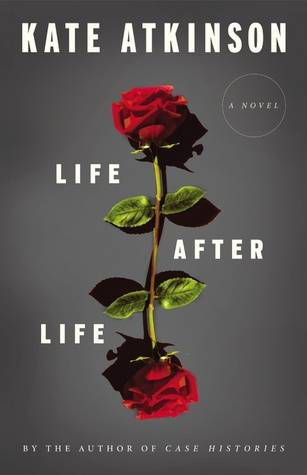 Taste Debaters is a feature in which Rioters Wallace Yovetich and Greg Zimmerman, two avid readers with vastly different tastes in books, discuss new fiction. Civilly. Mostly civilly. The goal? To expand our comfort reading zones, and live to the tell the tale.

(You can check out the first Taste Debaters — a discussion about Teddy Wayne’s The Love Song of Jonny Valentine — here.) 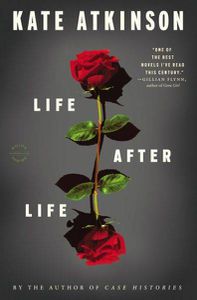 Since Greg chose our first book, I chose our second, Life After Life by Kate Atkinson. This book is about a woman who relives her life over and over as we watch how different choices and actions influence the outcome of that life.

Wallace Yovetich: I chose this book thinking it was going to be geared more towards females than it actually was. To me, this book feels very gender neutral. A shame that the cover has a somewhat feminine look to it with the infinity rose; I think that may deter some men from trying it. Our protagonist, Ursula Todd, is also not the most feminine of characters. She’s definitely someone I think men would enjoy as well as women do. What do you think?

Greg Zimmerman: Well, I’m a fella, and I certainly enjoyed it! Not to beat a horse which has now set a Guinness Record for deadest, but your theory about the “feminine” cover images scaring off dudes goes back to the point Meg Wolitzer brought up in an interview with Nervous Breakdown: “If you’ve written a powerful book about a woman and your publisher then puts a ‘feminine’ image on the cover, it ‘types’ the book.”

I hate that I feel like I have to point this out, but there’s plenty for dudes here! There’s war. There’s sex. There are plenty of male characters. Hell, Atkinson starts the novel by introducing Hitler to the business end of a service revolver! I mean, yeah! But to move beyond the silly notion that those are all dudes want in books, there’s the cool idea that frames the whole novel: That Ursula gets to live her life over and over again until she gets it right. Right?

WY: And here’s the interesting part… does she ever get it right? This is the reason to read it and what would make it such a good discussion book for book clubs. We can’t have that conversation here, since there is too much to give away with this book, but it would be a fantastic conversation to have. What an incredible idea to play with; I admire Atkinson for writing it so well. What really struck me was what didn’t change! Did you happen to notice that there are a few things that didn’t change no matter which choices or directions she took in each life? It made it all feel more believable to me, and was actually quite stirring emotionally; the idea that no matter how many times over you did your life, there are some things that would never be altered.

GZ: That’s true — and many things around her never change, either. Her older brother Maurice is always a jerk, and in fact, responsible for one for her deaths early in the novel when he throws her doll out the window, and she falls off the roof trying to retrieve it. Her mother Sylvie is always snarky and cynical. And her aunt Izzie is always a fast-living socialite, who is always bailing her out of tight spots.

I think part of the point is that, even given infinite chances, a life could never be perfect, because how our lives end up — or how happy we are — is a result of equal parts chance, our own decisions, and others’ influences. You buy that?

WY: Absolutely. I think it was a wise choice by Atkinson. To wrap this up, would you recommend this book? I would. It was not necessarily an easy read (lots of war, plenty of death), but it’s an engaging one. I’m surprised that I didn’t really love the protagonist, but was still able to enjoy her story. I also thought it was well written and clever with a fitting ending. What do you think?

GZ: I owe you a beer — ‘cause this is a novel I probably wouldn’t have read unless you’d chosen it for this feature. But I did like it (more the first ⅔ than the last ⅓, but that’s splitting hairs), and would definitely recommend it — to both men and women. It’s a long novel, but it’s a really engaging story! And Atkinson is a wise writer, as you said. This line, especially, is one that has settled into my brain and I won’t soon forget: “Ursula craved solitude but hated loneliness, a conundrum that she couldn’t even begin to solve.”

WY: Glad you liked it for the most part! It is a long novel – definitely a bit of a commitment. I’m glad we’re doing this because this is not the novel that I thought it was going to be and I ended up continuing on with it because we were reading it together (and ultimately am glad I did)… how’s that for ironic? Since you shared a favorite line, I’ll end on one of mine that I think sums up the book pretty well, “It was quite wearyingly relentless but the only way that one could go was forward.”