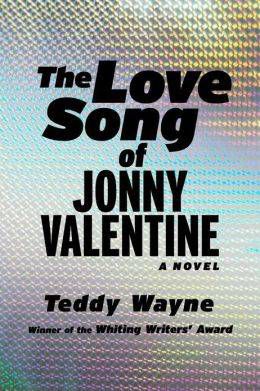 Taste Debaters is a new feature in which Rioters Wallace Yovetich and Greg Zimmerman, two avid readers with vastly different taste in books, discuss new fiction. Civilly. Mostly civilly. The goal? To expand our comfort reading zones, and live to the tell the tale. 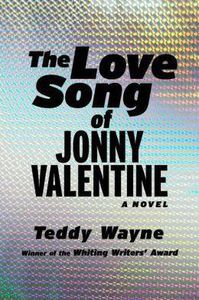 The first novel we’re tackling in this new feature is Teddy Wayne’s The Love Song of Jonny Valentine, about an 11-year-old pop star embarking upon a cross-country arena tour, to the delight of his millions of preteen fans.

Greg Zimmerman: So I chose this book for our first conversation because, while it’s not exactly dude lit, it’s written by a dude, and it’s narrated by a dude, who happens to be a coming-of-age. Indeed, the whole novel is told in Jonny’s first-person voice — and, wow, is it distinctive! Jonny certainly understands more about the world than your typical 11-year-old. That’s a good thing for him because he understands he can get people to do what he wants. But he’s still 11, and not totally quite yet jaded by the soulless adult world. So he’s easily disappointed by people.

What did you think of Jonny’s voice?

Wallace Yovetich: Well, first of all, I think it’s important to make the distinction that I have listened to this book and you read it. That’s important because of the way I experience Jonny versus how you probably did. I would NOT recommend listening to this book, by the way. The narration is incredibly slow (presumably to emulate how a pre-teen boy would talk), which makes it difficult to hold one’s attention.

I agree, this kid has insight that I can’t imagine any 11-year-old possessing. He’s incredibly self-aware, which contradicts my experiences with preteen boys… is that too much of a generalization? I think it would have worked better if the narrator were an adult looking back to his life as a preteen and having the aforementioned insight because of it. It’s even a bit jarring how self-aware he is about his sexual awakening. It’s less physical and more introspective than one would imagine. Then again, I’ve never been an 11-year-old boy – am I totally off base?

GZ: You’re right — his introspection about his boners and when (any day now, right? RIGHT?!) he’s going to finally be physically able to, er, help himself to himself is a little….jarring. But it was funny, too, right? Because let’s remember — this IS satire. I don’t think we’re supposed to think Jonny is a copy of a real person.

Speaking of satire — as Jon Stewart would say, “Mmmm, that’s good satire.” But this novel made me a little sad to be human, frankly — Wayne is at his best when he’s pointing out the silliness of our obsession with celebrity. And he positions Jonny with just enough self-awareness to be able to take advantage of that obsession. Like when he demands that his bodyguard bring him a groupie. I mean, that scene was a bit uncomfortable — but hilarious!

Did you at least have a little fun with the book, even if you were a little put-off by Jonny?

WY: Oddly enough, it was those moments of introspection that I enjoyed the most. I didn’t mind Jonny’s self-evaluation (even if I thought it was above his pay grade for his age), and those parts tended to spur me on the most. The satire was definitely silly — and obvious – but the coming of age moments (his friendship with Zach, spending time with his bodyguard’s girls, yearning for a father) were the moments that I really enjoyed. Honestly, this did make me step back and think about The Biebs and wonder just how different his life has been because of the time and circumstances of his rise to fame… typically he doesn’t cross my mind, as I’m over the age of 12.

Did this make you oddly thankful that you are a normal citizen rather than a famous one?

GZ: Sure did! And also thankful for my normal parents! Jonny’s mother/manager Jane (whom he calls “Jane,” not “Mom,” natch) is a total nutball – and she’s got more than a few problems of her own, as Jonny observes throughout the novel (rather too closely at one point!). But I thought she was a bit a caricature of the controlling child-star parent. Oh, and my least favorite part of the story was his search for his long-lost father. I know why it’s a subplot – we need some reason to keep reading. At heart, Jonny’s just a normal kid who wants to meet his dad. Will his dad be there at the big Madison Square Garden show at the end of the novel?

But on the whole, I had a lot of fun with this – really enjoyed it. So, I know this isn’t a book you’d normally read. What did you think? (I’m totally pacing back and forth with my fingers crossed over here.)

WY: Haha, I’m tempted to wait to respond just have you keep pacing. BUT I’M DONE. It only took me, what?, a month to finish. (Side note: READ this book, don’t LISTEN to it.)

I kind of loved the whole searching for the dad part! And I didn’t hate how it turned out, but I did feel like the book ended abruptly… maybe because there really wasn’t much else for us to look forward to after the Madison Square Garden gig?

Overall, I thought it was okay. Not sure I’d recommend it, but, to be fair, this book should have taken me a week to read and not a month of slow narration over audio. I’m kind of wondering if that swayed my decision or if it was just because I couldn’t get interested in the characters enough (even for laughs).

So, was that too predictable? You love the book you chose and I “meh-ed” the book you chose? I promise not to do that every time… and I promise it had nothing to do with the continuous theme of an eleven year-old waiting for his first ejaculation. 😉

GZ: Well, shoot — but I suppose predictability is okay. Hey, you read (listened) to it, at least. So, kudos! My hope is that, ultimately, our little feature here will help convince other readers that it’s okay to venture outside their reading comfort zones once in awhile. But I guess we’ll see…