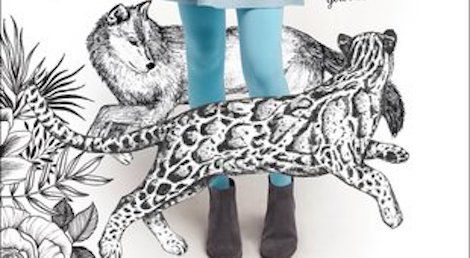 In Tanaz Bhathena’s new YA novel, The Beauty of the Moment, Susan is new Canada. She’s not used to the cultural freedoms in this new country, she’s used to live in Saudi Arabia. Susan is reserved, wary of boys and determined not to get her driving license.  She is very bright and her parents have high expectations of her. They want her to be a doctor although in secret she wants to be an artist. Then she meets Malcolm, and her world spirals into a completely new direction. 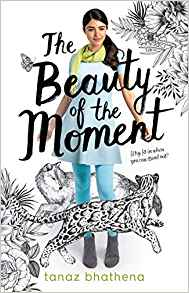 Told in alternating perspectives, The Beauty of the Moment is a very honet and realistic look at teen relationships, culture shock and finding your own voice.

I was lucky to have interviewed Tanaz on her YA novel, A Girl Like That, which received international acclaim.

I once again had the privilege of interviewing Tanaz for The Beauty of the Moment, sure to be a huge hit when it’s released in late Feb 2019.

Enjoy my interview with her!

Lucas Maxwell When Susan arrives in Canada in The Beauty of the Moment, she appears overwhelmed by her new freedoms, she doesn’t want to learn to drive and she misses her friends in Saudi Arabia. Did this feeling of culture shock mirror your own when you came to Canada as a teen? 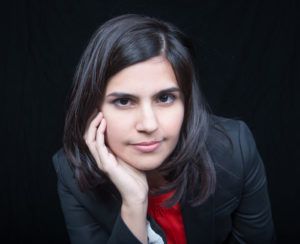 Tanaz Bhathena: It does! I didn’t really want to leave Saudi Arabia when we were immigrating. I was entering Grade 11 which meant I’d be moving into one of the two senior-most grades at my school. I had a great group of friends. Now suddenly, with the move to Canada, I was a new kid again and, that too, in a completely different country.

What’s funny is that I also really liked Canada. Mississauga mirrors Jeddah in several ways: they’re cosmopolitan, both are located near large water bodies, everyone crowds in the malls during the weekends! But there was also culture shock because in Canada I had a lot more freedom than I had in Saudi Arabia—and frankly I didn’t know what to do with it at the time.

LM: The Beauty of the Moment covers many themes, one of them is parent’s expectations of their children vs what the children actually want. Do you think that monumental parental expectations and fears of failure can create a self-fulfilling prophecy?

TB: I think it really depends on the person. I know a lot of people who have lived up to their parents’ expectations quite successfully even when doing something they didn’t really love.

I came close to this while studying commerce at university with the idea of becoming an accountant. It was only in my fourth year that I really began questioning my career choices; my heart wasn’t really into what I was doing. Recruiters from the Big 4 accounting firms (who hired several students from my undergrad program) picked upon my disinterest way before my parents did. I failed my interviews and finally had to admit that I really wanted to be a writer and not a CA.

LM: Susan, the protagonist, is a newcomer to Canada and her parents want her to be a doctor when she secretly wants to be an artist. Do you feel that parental expectations differ in different cultures? Does Susan’s experience mirror your own in this regard?

TB: Susan’s experience certainly mirrors mine in terms of our career choices. Parental expectations play a major role and do differ in some ways between cultures. Family ties are paramount in South Asia, for example, and a child’s behaviour, their successes and failures are seen as a reflection of their upbringing.

I remember how as a child, if I did something wrong or foolish, I’d hear a grown-up say: “Her parents didn’t raise her right.” Or “Her parents spoiled her.” This sort of thinking carries into a child’s academic performance in school and later on their career choices. If a child picks a non-traditional career path (not engineering, medicine, law, etc.) and is unsuccessful at it, it often reflects poorly on the parents.

LM: A recent study in the UK showed that of all the books published for children in teens in 2017, only 1% had protagonists who were from a diverse background. Do you think representation in publishing in North America has improved? Did you see yourself in the books you read as a teenager?

TB: I didn’t see myself in books I read as a teenager. It’s the main reason I write books featuring teens who are South Asian and/or Zoroastrian. I’m grateful for organizations like We Need Diverse Books in the US and the Festival of Literary Diversity in Canada, which are doing a lot of work to bring diverse, #ownvoices authors to the readers’ attention, and their efforts are bearing fruit. The results have been fantastic over the past year or two.

But change doesn’t come easily. The fight for accurate representation is an on-going process and still requires consistent effort on part of the writing and publishing communities. As a writer, I’m not perfect either and I’m doing my best to listen and learn from others so that I can write better books.

LM: In The Beauty of the Moment, Susan’s parents are considering a divorce, their family dynamic was written in a very nuanced way that, although it’s clear the split is precipitated by her father, it let us feel empathy for both sides. Was it difficult to write this? Did you find yourself siding with one side or another?

TB: Thank you so much! It was definitely tricky to write, because I had to dig through my own emotions and sift through experiences with my own parents to understand what Susan’s parents were going through. I found myself siding with each parent at different times over the course of the book because, ultimately, it takes two people to make or break a relationship.

LM: The teens in The Beauty of the Moment are very authentic in that they have a moral duality that resides in all of us but is heightened because of hormones and the fact that they are experiencing things for the first time. Do you feel teens are accurately represented in YA literature in general?

TB: I’m not sure if I’m the right person to answer this as I’m not a teen anymore! But I do feel that the diversity of experiences reflected now in YA books are more authentic to the world we live in—unlike some of the YA books I read as a teen.

LM: Malcom’s sister, Mahtab, acts in many ways as Malcom’s moral compass. Did you have someone like that as a teen or were you a Mahtab to the people around you?

TB: My best friends from high school are my Mahtabs and I’m so grateful for them.

LM: The Beauty of the Moment also touches upon the Syrian refugee crisis, did you have to do a lot of research on this topic and did you find anything surprising? I ask this because the biggest myth here in the UK surrounding the worldwide refugee crisis is that we “take too many in” despite the truth being that the UK takes in less than 1% of the world’s refugees.

TB: A couple of years ago, I came across an article propagating the myth that government assistance in Canada for refugees is a lot higher than it is for immigrants/pensioners. The government had to put out notices explaining that this wasn’t true. I’m also troubled whenever I hear accusations of refugees of misusing the welfare system—or “having things come to them too easily.”

I think it’s incredibly difficult to assimilate and settle into a new country where you don’t speak much of the language, have a large family to take care of, and are still struggling to find employment. As of December 2018, news channels interviewed a few of the 25,000 refugees Canada took in between 2015-16 and I learned that they are still facing challenges. A year’s support (which the maximum the government offers to the refugees it sponsors) is often not enough.

LM: I know many adults who will love The Beauty of the Moment. In fact, in 2017 it was revealed that 55% of YA’s readers are adults. Why do you think adults like to read coming of age stories or stories about teens working out what they want to do with their lives?

TB: Thank you, I’m glad you think so! As an adult, I love reading YA books because they allow me to feel hopeful again. As a teenager, your life is still beginning in a way and full of possibility. I think these stories are popular with adults as they allow them to vicariously live out their own teenage dreams?

LM: Where do you see Susan & Malcolm in 5 years?

TB: Great question! I believe Susan will definitely be working in art with an art-related job. Malcolm will be working toward a CPA. I have the feeling that both of them will move in together after university at some point—though Susan’s mother will likely need a solid year of convincing!