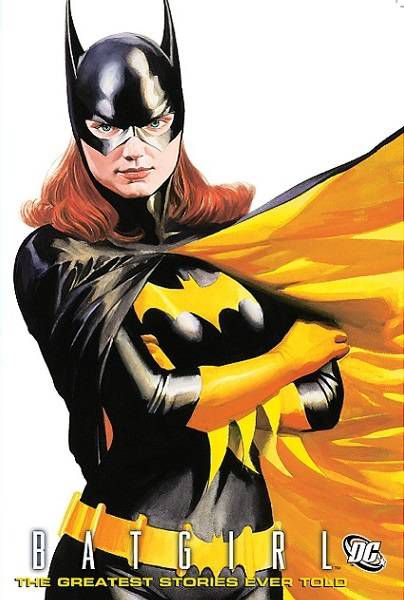 A few months ago, I was driving my almost-eleven-year-old niece to a family wedding. As she reveled in finally being tall enough to sit in the passenger seat and have a grown-up conversation with her aunt, we chatted about school and sports and the My Cat From Hell marathon we’d left behind at the hotel. Then she smiled up at me and said, “I saw something in the news about Batgirl.”

My niece doesn’t need me to introduce her to comics. She and her younger sister are enthusiastic readers, and they’ve benefited from the recent boom in graphic literature (see Oh Comics Episode 5) aimed at middle grade readers. They love Babymouse and Princeless, El Deafo and everything by Raina Telgemeier. They’ve seen enough of my toy collection to know capes are my thing, but this was the first time I got to field a question about superheroes.

Since my Bat-curious niece had a birthday coming up, I decided to play “cool aunt” and shop for some comics. The story she’d seen in the paper was about the relaunched Batgirl by Cameron Stewart, Brendan Fletcher, and artist Babs Tarr. But this series focuses on Babs living on her own in a cool neighborhood, partying with friends and dealing with the perils of online dating. It seems not so much age-inappropriate for a fifth grader as uninteresting to her — at least to this fifth-grader, who likes slapstick comedy and her youth lacrosse league, and who thinks kissing books are gross.

Instead, I settled on the modern classic Batgirl: Year One, by Scott Beatty and Marcos Martin. It’s currently in print only as a double edition with Chuck Dixon and Javier Pulido’s Robin: Year One. It’s a downside that Babs has to share her book with some dumb boy (a fifth-grader’s opinion). But my niece lists Hermione Granger as a personal hero, and she doesn’t seem to mind that Potter kid getting top billing.

So I bought her the book. Her mother reports that she’s been reading it when she’s supposed to be getting ready for school. Cool aunt win!

But – what now? If she comes back and asks what happened to Babs next, do I say: “She kept on fighting crime and flirting with Robin and absolutely never got shot in the spine by the Joker in a story that wasn’t even about her”?

This did happen, though, in 1988’s The Killing Joke. According to writer Alan Moore, editors approved this story development with the offhand comment, “Yeah, okay, cripple the bitch.” My purpose here isn’t to provide a primer on the history of sexism in comics. It’s also not to argue about whether the phenomenon of “Women in Refrigerators” — wherein female characters are hurt or killed to provide motivation for male protagonists — is a real thing. That work has been done, and the “but bad things happen to men TOO” arguments can go elsewhere.

Yes, bad things happen to men in fiction. But it’s genuinely hard for me to come up with a female comic book character who doesn’t have something cruel and terrible in her history. Because of the context in which those stories occur, where women are often dismissed and always outnumbered, they can cause a special kind of pain.

All of the female comics fans I know have their particular sore spots: Gwen Stacy’s death in an issue where she barely has any lines; Sue Dibny’s rape and murder in Identity Crisis. My pet grudge is about the deaths (plural, because comics) of Jean Grey. I love the perky, optimistic Jean of Jeff Parker’s X-Men:First Class. I’d love to introduce her to a fifth-grader looking for heroines. But before long you get to the time Jean died because she was brainwashed and forced into fetish wear, which drove her crazy. Or the other time she died so that editorial could tie up an inconvenient love triangle.

. . . And also your job while you were playing psychic footsie with another woman (From New X-Men #150, Writer Grant Morrison, Penciler Phil Jimenez)

Of course, Harry Potter, which my nieces love, has its share of deaths and terrifying scenes, and it’s not without gender issues. Still, there is never a moment where a reader could seriously fear that Hermione — the bookish, assertive girl that my nieces identify with to a fierce degree — is going to be brutally killed in order to make Harry sad.

In the stories of superheroic women, there is good to go with the bad. If Batgirl hadn’t been shot, Barbara couldn’t have re-emerged as Oracle, the disabled character whose stories have been meaningful to so many. Grant Morrison’s X-Men run gave Jean that unforgivably dumb death scene, but it also portrayed her as a powerful, resourceful character who means a lot to me, and her death set the stage for the Whedon/Cassaday Astonishing X-Men series that got me into comics. The mix of positive and negative doesn’t stop on the page. If I hadn’t had to grapple with the conflicting messages in media I love, I’d be a lot less equipped to deal with a world that isn’t always friendly to women.

If my nieces want to get their heart broken by superhero comics one day, they’ve got as much a right to it as I did. I want them to know that they can be as resilient as Barbara Gordon, as fun-loving as Sue Dibny, as fearless as Jean Grey. I wish there was a way to do this without sending them out into a world that treats the characters they love and identify with as disposable.

This month, when I give my nieces their holiday presents, I’ll introduce them to Ms. Marvel. Kamala Khan is a little older than they are, but she’s the kind of clever, flawed, and relatable heroine that they’ve come to love in their middle grade fiction. She’s a new character, and there’s nothing to explain away. She hasn’t been brainwashed and turned evil by a supervillain, hasn’t been discarded because she was the wrong corner of a love triangle, hasn’t died in the third issue of a crossover to raise the stakes.

I hope it stays that way.

Meanwhile, I want to know what you think – how should we talk to our daughters about women in refrigerators?