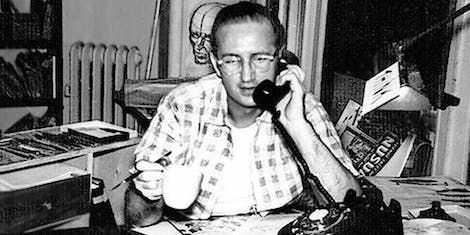 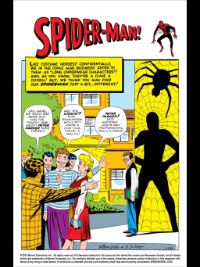 Steve Ditko, a Hall of Fame artist and one of the original titans that helped propel Marvel Comics in the ’60s, has died at age 90.

Famously reclusive, preferring to “speak through his work” rather than provide interviews, it’s not completely unsurprising that authorities say he may have died late last week and was only found days later. Still, it’s a lonely end for the man who helped create Spider-Man.

It was Ditko, after all, who stripped the nascent hero of his Kirby-esque bombast (Lee famously trashed Kirby’s original Spider-Man pages) and made him the gawky everyman.While Stan Lee provided the story, it was Ditko that gave Ol’ Webhead his web shooters and distinctive costume, including a full mask to hide his identity and conceal his youth.

Ditko’s art enjoyed brilliantly expressive flourishes, with poses that drew in and engaged the reader, creating characters that were dynamic and felt more accessible than readers had ever seen.

Ditko’s love was of the whimsical and otherworldly. One of my favorite examples of this is the character of Eternity. Even though he debuted the character in the early issues of Dr. Strange (another of his co-creations with Lee), the design is still unmatched to this day. The Eternal appears outside of the character’s reality, a dark outline filled with half-seen celestial bodies, a rigid mask serving as the focal point. It’s striking, effective, and something artists have been drawing inspiration on for decades since.

RIP to comic book legend Steve Ditko, beyond influential on countless planes of existence. He never truly profited from his comic creations that have lasted for decades, but his work will never be forgotten. pic.twitter.com/UBZQWpF79i

As intimated by Edgar Wright, Ditko never did receive the same level of recognition as his writer buddy, Stan Lee, in regards to his role in the creation of Spider-Man. But while Lee found success in the bombast of the comics industry, Ditko preferred to keep his head down and find outlets for his art. After a major split with Lee in ’66 that led to his leaving Marvel (just 3 years after Spider-Man’s debut), Ditko remained in the industry, working for DC Comics. There, he continued creating or helping create a cavalcade of distinctive oddball characters like Blue Beetle, The Creeper and Hawk and Dove. 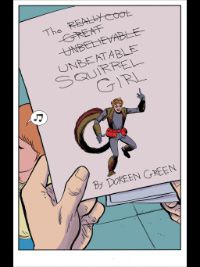 When he returned to Marvel in 1979 he helped give Rom the Spaceknight his distinctive look and (for better or worse) gave the world Speedball. Most importantly, it was Ditko that introduced the world to Doreen Green in issue 8 of Marvel Super-Heroes, Vol 2. That’s right, Squirrel Girl was a Ditko special.

Steve Ditko had the kind of career that artists dream of. Not only did he make a living doing what he loved, he had the unique opportunity to shape an entire industry.

If you have a chance today, fire up Marvel Unlimited (or grab a collected trade) and check out Amazing Fantasy #15 to get a glimpse of how Ditko helped change the universe.

Rest well, Steve. Thank you for making the world a little weirder.