Happy birthday, Stephen King! Yes, it’s true, Uncle Stevie turns 70 today. He has been publishing books for over four decades now, which is a lot of time to learn and grow wiser. And along his journey, he has been kind enough to share that wisdom with his readers. Here are 70 great Stephen King quotes in which he shares smart thoughts and hard truths. Most notably are his quotes from On Writing, and his quotes on horror, fear, and more. We’ve got quotes from The Stand, the Dark Tower series, and IT.

(Note: I have tried to add the source for each quote, but a couple I found were simply attributed to him—here’s hoping they’re right!) 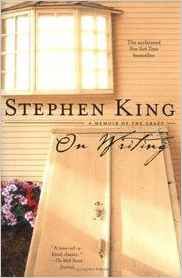 “Books are a uniquely portable magic.”—On Writing: A Memoir of the Craft

“Monsters are real. Ghosts are too. They live inside of us, and sometimes, they win.”—The Shining

“The most important things are the hardest things to say.”—The Body

“Some things it don’t pay to be curious about.”—Pet Sematary

“We lie best when we lie to ourselves.”—It

“The world has teeth and it can bite you with them any time it wants.”—The Girl Who Loved Tom Gordon

“A cowardly leader is the most dangerous of men.—Under the Dome

“Every religion lies. Every moral precept is a delusion. Even the stars are a mirage. The truth is darkness, and the only thing that matters is making a statement before one enters it. Cutting the skin of the world and leaving a scar. That’s all history is, after all: scar tissue.”—Mr. Mercedes 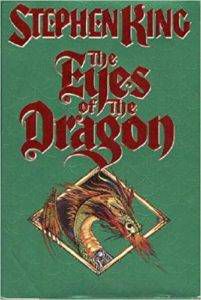 “Did they live happily ever after? They did not. No one ever does, in spite of what the stories may say. They had their good days, as you do, and they had their bad days, and you know about those. They had their victories, as you do, and they had their defeats, and you know about those, too. There were times when they felt ashamed of themselves, knowing they had not done their best, and there were times when they knew they had stood where their God had meant them to stand. All I’m trying to say is that they lived as well as they could.”—The Eyes of the Dragon

“Life is fair. We all get the same nine-month shake in the box, and then the dice roll. Some people get a run of sevens. Some people, unfortunately, get snake-eyes. It’s just how the world is.”—Full Dark, No Stars

“It’s funny how close the past is, sometimes. Sometimes it seems as if you could almost reach out and touch it. Only who really wants to?”—From a Buick 8

“Memory is the basis of every journey.”—Dreamcatcher 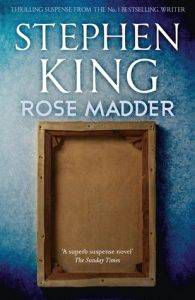 “It ain’t the blows we’re dealt that matter, but the ones we survive.”—Rose Madder

“Nothing in nature is that even; man is the inventor of straight edges.”—The Mist

“For readers, one of life’s most electrifying discoveries is that they are readers—not just capable of doing it, but in love with it. Hopelessly. Head over heels.”—Finders Keepers

“There is no bad time for good news.”—Cujo

“If you want to be a writer, you must do two things above all others: read a lot and write a lot.”—On Writing: A Memoir of the Craft

“Good books don’t give up all their secrets at once.”

“Speaking personally, you can have my gun, but you’ll take my book when you pry my cold, dead fingers off of the binding.” 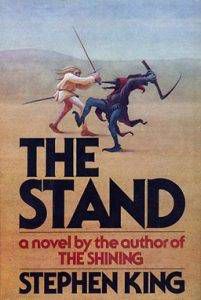 “That wasn’t any act of God. That was an act of pure human fuckery.”—The Stand

“If you liked being a teenager, there’s something really wrong with you.”

“Humor is almost always anger with its make-up on.”—Bag of Bones

“There are books full of great writing that don’t have very good stories. Read sometimes for the story…don’t be like the book-snobs who won’t do that. Read sometimes for the words—the language. Don’t be like the play-it-safers who won’t do that. But when you find a book that has both a good story and good words, treasure that book.”—Hearts in Atlantis

“Let me tell you something my friend. Hope is a dangerous thing. Hope can drive a man insane.”—Different Seasons

“Writing isn’t about making money, getting famous, getting dates, getting laid, or making friends. In the end, it’s about enriching the lives of those who will read your work, and enriching your own life, as well.”—On Writing: A Memoir of the Craft

“Any word you have to hunt for in a thesaurus is the wrong word. There are no exceptions to this rule.” 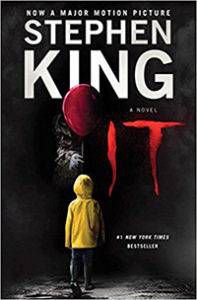 “And almost idly, in a kind of sidethought, Eddie discovered one of his childhood’s great truths. Grownups are the real monsters, he thought.”—It

“Life isn’t a support system for art. It’s the other way around.”—On Writing: A Memoir of the Craft

“Fear can hold you prisoner. Hope can set you free.”—Different Seasons

“When it comes to the past, everyone writes fiction.”—Joyland

“Books and movies are like apples and oranges. They both are fruit, but taste completely different.”

“Reading a good long novel is in many ways like having a long and satisfying affair.”—Skeleton Crew

“If I have to spend time in purgatory before going to one place or the other, I guess I’ll be all right as long as there’s a lending library.”

“Talent is cheaper than table salt. What separates the talented individual from the successful one is a lot of hard work.”—On Writing: A Memoir of the Craft

“Sometimes the embers are better than the campfire.”—The Green Mile

“We spread the time as we can, but in the end the world takes it all back.”—Wolves of the Calla

“We fool ourselves so much we could do it for a living.”—Duma Key

“The muses are ghosts, and sometimes they come uninvited.”—Bag of Bones 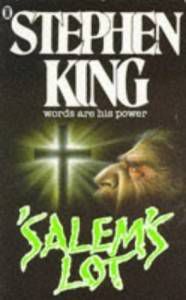 “If a fear cannot be articulated, it can’t be conquered.”—‘Salem’s Lot

“Come to a book as you would come to an unexplored land. Come without a map. Explore it, and draw your own map…A book is like a pump. It gives nothing unless first you give to it. ”—Hearts in Atlantis

“We never cease wanting what we want, whether it’s good for us or not.”—Full Dark, No Stars

“Art should be a place of hope.”—Duma Key

“Sooner or later even the fastest runners have to stand and fight.”—Just After Sunset

“Any game looks straight if everyone is being cheated at once.”—The Long Walk

“The three true ages of man are youth, middle age, and how the fuck did I get old so soon?”—Revival

“When a long book succeeds, the writer and reader are not just having an affair; they are married.”—The Bazaar of Bad Dreams

“The harder you had to work to open a package, the less you ended up caring about what was inside.”—Lisey’s Story

“The trick is to teach yourself to read in small sips as well as long swallows.”—On Writing: A Memoir of the Craft

“The glory of a good tale is that it is limitless and fluid; a good tale belongs to each reader in its own particular way.” 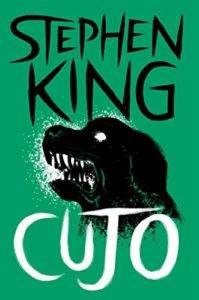 “But in high school the business of irrevocable choices began. Doors slipped shut with a faint locking click that was only heared clearly in the dreams of later years.”—Cujo

“There’s no harm in hoping for the best as long as you’re prepared for the worst.”—Rita Hayworth and Shawshank Redemption

“People who try hard to do the right thing always seem mad.”—The Stand

“Anger is the most useless emotion, destructive to the mind and hurtful to the heart.”—Song of Susannah

“The thing under my bed waiting to grab my ankle isn’t real. I know that, and I also know that if I’m careful to keep my foot under the covers, it will never be able to grab my ankle.”—Night Shift

“Some werewolves are hairy on the inside.”—Danse Macabre

“One of the great things about tales is how fast time may pass when not much of note is happening. Real life is never that way, and it is probably a good thing.”—The Eyes of the Dragon 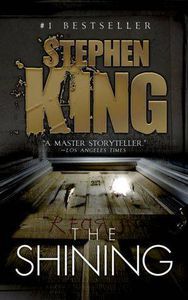 “That’s your job in this hard world, to keep your love alive and see that you get on, no matter what.”—The Shining

“But writing is a wonderful and terrible thing. It opens deep wells of memory that were previously capped.”—Revival

“Talent is a wonderful thing, but it won’t carry a quitter.”

“God grant me the serenity to accept what I cannot change, the tenacity to change what I may, and the good luck not to fuck up too often.”—‘Salem’s Lot

“I’ve said it before, and I’ll say it again. When you find something at which you have talent, you do that thing (whatever it is) until your fingers bleed or your eyes pop out of your head.”—On Writing: A Memoir of the Craft

Even more on Stephen King

What are your favorite Stephen King quotes on writing, horror, love, or anything else? Read even more about the King in:

Where To Start With Stephen King’s Books