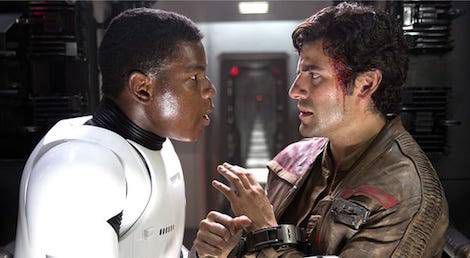 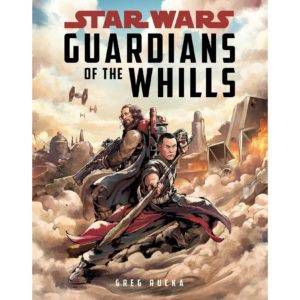 I just finished reading a book, and I’m very disappointed. The book is Guardians of the Whills by Greg Rucka, a mid-grade tie-in novel about the characters Baze and Chirrut from Rogue One.

I want to be very clear here that I do not think Greg Rucka is at fault for my disappointment. He wrote a fun book about what sort of heroic shenanigans Baze and Chirrut were up to before the Rebellion ever set foot on Jedha. And in its own right, it’s a delightful book about two fun characters who are best friends and banter a lot.

And this is where my disappointment comes from. Baze and Chirrut, the book is at pains to assure us, are friends. Very good friends. Friends who have known each other forever and live in the same room. But friends. Nothing more.

There was a lot of hope in fandom that finally, with Rogue One, we’d have gay characters in a Star Wars movie—and even better, gay characters who weren’t white! The old married couple bickering was a promising subtext. There wasn’t really room in that movie for any kind of romantic relationships, so we could pretend that it would get cleaned up in a book, maybe. Heck, my agent calls Chirrut and Baze his “gay Asian space uncles,” and I know he’s not the only one.

But no, they’re just friends. 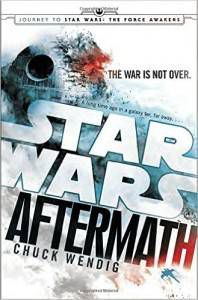 We do know that gay and lesbian people exist in the current Star Wars universe, by the way, thanks to tie-in books. We have Sinjir (and a different character having two moms) in Chuck Wendig’s trilogy, and the character of Kaedan in the Ahsoka novel. This does matter, in the sense that something is better than nothing. There was also a lesbian Imperial officer named Moff Delian Mors in Lords of the Sith, and for now we’ll gloss over that our first queer book character was not on the side of the angels. But seeing that non-heterosexual people exist in Star Wars and the universe hasn’t burst into flames (despite the fanboy reaction to the very rumor of Sinjir in Aftermath), the complete absence of any canonically queer character in the movie and TV properties becomes more glaring with each passing day.

It’s particularly egregious in the novel Ahsoka, because Kaeden confesses her feelings to Ahsoka and receives… a non-reaction. Not even a “thanks but no thanks.” Just confusion, as if Ahsoka is as uncertain how to deal with the existence of gay people as, it seems, Disney is. Kaeden’s presence in the novel and her crush on Ahsoka, leading up to that utter blankness, is queer-baiting at a level I haven’t experienced since watching Supernatural.

But, I can almost hear some people thinking, Guardians of the Whills is a middle grade novel. Ahsoka comes from The Clone Wars, which is a cartoon. These are aimed at kids, and—

And I’m going to stop you there, before I get really angry. I’ve been following the Poe Dameron comic, which is aimed at a 9+ audience—arguably the same one as Guardians of the Whills. Nothing’s been said one way or another thus far about Poe’s sexuality, which I suppose is something. But there have been a few panels devoted to the (heterosexual) relationship developing between Snap Wexley and Karé Kun. 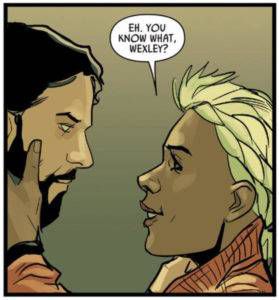 Karé and Snap from Issue #4 of the Poe Dameron comic

Please, explain to me why the above panel would become unsuitable for children if it featured two people of the same gender. Actually, no, don’t explain. Please take a moment to evaluate your own prejudices and resolve to become a better person.

Bonus heterosexuality: there’s a cute little side comic at the end of Star Wars: Poe Dameron Issue #1, in which BB-8 plays cupid between a male X-wing pilot and a female tech.

What this all seems to add up to is that while queer people are at long last allowed to exist in the Star Wars universe, they’ve been exiled to the margins of the property, effectively ghettoized. The reach of tie-ins is orders of magnitude less than that of the films. Characters who exist only in tie-in fiction do not generally get recognition in merchandising and are much more niche in the fandom. Only very rarely do they cross over into a greater spotlight, and we’re talking Grand Admiral Thrawn levels of popularity being necessary. Limiting queer characters to the books shelters the vast majority of Star Wars fans from the very idea that could be gays out there in space, you know, existing. Daring to touch a light saber. Flying an X-wing. Being one more hero in a big galaxy.

While I’m dying to see queer characters actually, you know, holding hands on screen, at this point I’d settle for subtext on screen being made text in a book—because then it would still be text. There would still be an intellectual property-holder approved wad of paper I could hold up and say that yes, that character whose action figure I can buy, who is cool and quirky and loved and heroic is canonically not straight. Because I am very, very done with just taking the scraps of subtext that are thrown my way and pretending that is somehow enough in a world that is still largely hostile to those who are non-heterosexual—and non-cisgender. And you’ll be able to knock me over with a feather the day we get a trans character in Star Wars, believe. 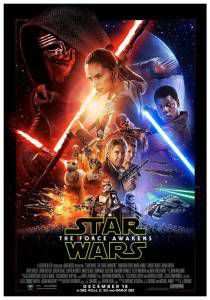 But I don’t even get that scrap of comfort, since every tie-in so far has served only to reinforce the straightness of all characters involved. The novelizations for The Force Awakens, by the way, both adult and junior have pretty much pegged Rey and Finn as straight and Poe as… really into machines that go zoom. (I wish here I could say that then maybe there’s more than one reason to call him the “ace” pilot of the Resistance, but that’s definitely not in the text either.) The novelizations and related books are effectively being used to destroy what queer subtext fans can pick out of the films and tv shows. There’s a lot more room for fannish interpretation from a film than there is from a book with a limited third person viewpoint (or omniscient narrator) that removes all doubt about how characters are thinking and feeling toward each other.

And to be clear, I don’t necessarily blame the writers of the books for this obsessive straightening of every character who’s ever been molded into an action figure. Those characters do not belong to the people who author the tie-ins, and I find it doubtful they’d have the leeway to make those choices for a character who has already been on screen. The buck stops with Disney on this one.

In Guardians of the Whills, Saw Gerrera talks with Baze about the way the Empire takes all worlds and effectively destroys their diversity, taking away the differences they once celebrated. How the empire makes everyone the same, narrowing them to a single lifestyle. I’d like to believe that was some meta commentary on the enforced and reinforced “just friends”-ness of Baze and Chirrut, but I doubt it.

Ultimately, this is not about Ahsoka not being bisexual, or Chirrut and Baze not being gay, or Luke not being gay, or Poe and Finn not being gay. This is about a concerted effort being made to ensure that no textual gay ever rubs off on a character that will be seen on a screen of any size. This is about NO ONE in the main show being gay or lesbian or ace or trans or anywhere else on the spectrum but cis and heterosexual. And this is about not feeling grateful for queer-baiting subtext.

Do better, Star Wars. It’s 2017. If you can have a planet of squid people that make the best damn battle cruisers in the galaxy, you can have gay Asian space uncles too.