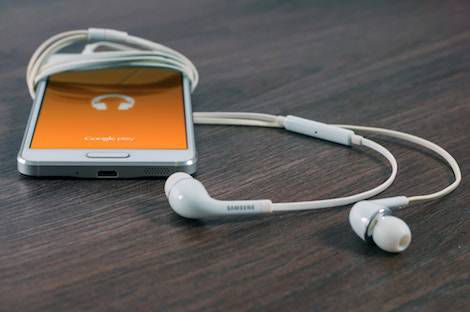 If you’re like me and learning to hablar español, Spanish audiobooks sound like a pretty awesome idea. But, as fellow Rioter Josh points out, being able to read a book in a second language doesn’t mean you can suddenly speak that language. Audiobooks, or in this case audiolibros, give you a definite leg up, however, because you’re experiencing the sound and pronunciation of the language that you just don’t get with a print book. And listening to audiobooks while reading print books with your eyeballs is one step further and about as good as you’re gonna get as far as reading in order to learn a language goes. 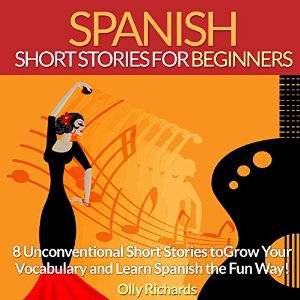 This series of short stories (“cuentos”) are a godsend if you want to listen to Spanish audiobooks but you’re still at the beginning stages of your learning. Each collection has 8 different stories of various genres from science fiction and crime to history and thrillers, and they’re actually quite interesting, considering they have limited vocabulary and grammar structures tailored for beginner and intermediate levels. On the more formal learning side, there are comprehension questions and word reference lists as well as plot summaries. The stories are also broken up into manageable chunks. The narrator Susana Larraz has nice, clear pronunciation and a good slow pace, but be warned, she has a Spanish (as in, from Spain) accent so if you’re looking to focus strictly on Mexican or other Latin American accents this series may not be the best choice. 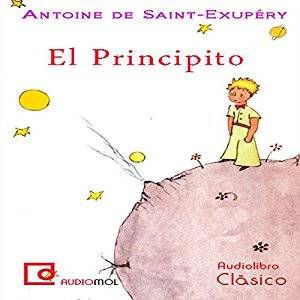 This beloved, deceptively powerful story that has been translated into so many languages is, of course, available in Spanish. If you’re familiar with this classic story for all ages, that will certainly help, but El Principito (known in English as The Little Prince and the original French as Le Petit Prince) is a simple enough story, as least on the surface, that intermediate Spanish learners should be able to enjoy the audiobook, especially if they are reading the print version at the same time. There are multiple audiolibro versions available: both the ones narrated by Borja Rodriguez (Spanish accent) and Joaquin Madrigal (Mexican accent) are delightfully expressive and read at a relatively slow pace. There’s also a bilingual version with the story read excellently alternately in (American) English and (Mexican) Spanish by Shanna Stoker and Ximena Garcia. It’s probably best to steer clear of the version read by Lluvia Solis, who reads at quite a quick pace and is accompanied by distracting music. 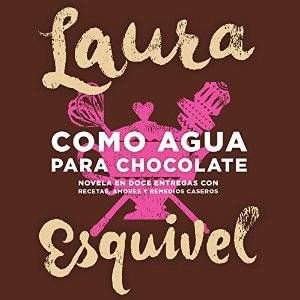 The complexity of this epic magical realist romance peppered with delicious scenes full of food (including recipes) definitely makes it suitable for upper intermediate students of Spanish and above only. But it’s a good choice for a Spanish learner trying to read an adult Spanish language novel for the first time because a) the English translation is widely available and b) there is a (Spanish language) film version. You can watch the movie (with subtitles) and/or read the book in English beforehand to prepare to listen to the Spanish audiolibro. If you do watch the movie first (and you should at some point, because it’s lovely), you’ll recognize the audiobook narrator, Yareli Arismendi, who plays Rosaura, the main character’s sister, in the film. Arismendi does a superb job bringing the different characters to life, which is no small task for this story full of passion and drama. The music adds to the atmosphere without taking away from her performance or drowning out the words. 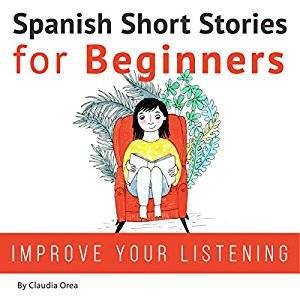 Spanish Short Stories for Beginners (Vol 1, 2, and 3) by Claudia Orea and Daniel Alvares

These collections of short stories are the most “educational” on this list, but that also means they’re great for beginners especially. There are a few fantastic features to these stories: they come with PDFs so you can read along; they’re presented in two different speeds (slow for beginners and normal speed for once you’ve moved past that stage); and they include a vocabulary recap with English translations at the end of the stories. Other educational aspects include comprehension quizzes and plot summaries in English so you can check whether it matches your understanding of the story. The two narrators, Lucia Bodas and Abel Franco, have beautiful clear pronunciation in Mexican Spanish. These “cuentos” aren’t as interesting as stories in and of themselves as the ones in the Olly Richards collections, but the fact that they center on daily life means a ton of really useful vocabulary comes up. 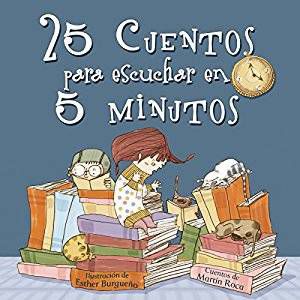 Everyone knows kid’s stories are great for new language learners, and this audiolibro collection of children’s stories is extra useful because all the stories are only five minutes long. Any language learner knows that the work to understand a new language is exhausting, so five minutes is a great length: long enough to tell an interesting story, but not so long that your brain will stop being able to pay attention. The five minute story structure also lends itself well to a “one story a day” practice. The narrator, Ariadna Giménez, has a Spanish accent and tells these children’s stories with a lot of heart and a nice steady, natural pace. There’s plenty of magic, fantasy, strange beasts, witches, ogres, and all the other kinds of things you’d expect in fairy tales. Although these stories are simple since they’re for kids, because this collection isn’t made explicitly for Spanish language learners and therefore doesn’t have any help with vocabulary, etc., it’s probably best for high beginners or low intermediate students.

What are your favorite Spanish audiobooks for learning the language?